Since the invention of photography more than 150 years ago photographers have essentially had two variables to work which allow control over exposure – aperture and shutter speed. Yes, film speed was a third variable, but not one that lent itself to ready alteration. With the advent of digital cameras this has now changed! 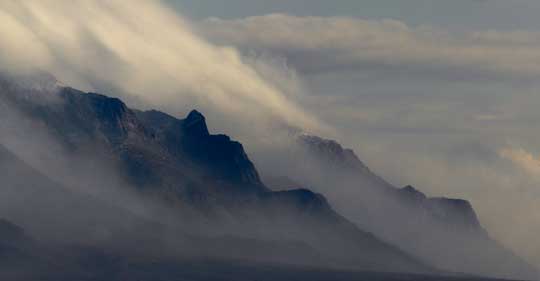 For much of the history of photography film speed was essentially “the best you could do”. The first Kodachrome in the 1950’s, for example, was rated at ASA 10. (We new call it ISO – but the scale remains unchanged). In the ‘60s Kodachrome’s speed was increased to ASA 25 and photographers thought that they’d died and gone to heaven.

Things were a bit better in B&W. ASA 100 was considered “normal”, while films like Tri-X at ASA 400 were very fast but grainy. Grain became an end in itself for some, though many struggled to tame it with specialized developers. In any event, as long as we were shooting film the speed or sensitivity of the emulsion being used were something decided on before one started shooting, and usually committed to until at least the end of the roll if not the end of the shoot.

With the advent of digital cameras over the past few years we have seen a major charge in approach. The ISO setting is now a third variable that the photographer is free to change on a frame-by-frame basis as the shooting situation demands. This is a capability not to be underestimated. In fact some new DSLRs, like the Canon 1Ds, actually allow automatic ISO bracketing.

Digital image capture technology has changed more than just our ability to incorporate the ISO setting as one of the active exposure variables. A number of the more recent high-end camera bodies, and again the Canon 1Ds especially stands out in the regard, have high ISO noise that is so low that there is hardly a noticeable difference between photographs made anywhere between ISO 100 and 800. And, I expect that we’ll see this capability filter down to a much broader range of cameras over the next few years.

This being the case we truly now do have a third exposure variable to work with. Of course a lower ISO will always produce a higher signal to noise ratio (AKA less grain) than a faster one, but nevertheless our exposure control ability has been significantly enhanced.

This was brought home to me recently on a wildlife shoot in southern New Mexico. Using a 500mm lens, and panning while following flights of birds at both sunrise and sunset, I found that I was struggling to work with a high enough shutter speed to freeze the birds yet being able to stop down enough to cover slight focusing inaccuracies during focus tracking. Bumping up the ISO to 400, 500 or even 800 for a number of frames really saved the day, and it allowed me to use a shutter speed and aperture combination appropriate for the shooting conditions.

Not to put too fine a point on it, but these photographs would literally have not been possible a few years ago. Film? Ya, I remember film.

Three Days in NYC with the New Leica Q Leica Q First Impressions and Review June 10, 2015 In mid-May, 2015 I had an opportunity

A Tale of Two ExtendersWhile some nature photographers swear by them, others swear at them. What is the object of their attention? 2X Extenders. Most