The Leica M9 is, as many have suggested, simply an M7 that has a full-frame digital sensor. This is actually a key aspect of both the M9’s successes and failings. The M7-design part is the core of the success: a long-proven design sits at the heart of the M9. But the digital aspect is at the center of the failings, in my opinion.

Let’s start with the central M-series design issue for Leica. One of Leica’s strengths is its lenses: high quality prime lenses that are small and very capable. One of Leica’s weaknesses is its lenses: the rangefinder aspect of the M series means that really only the 24 to 90mm range is well served by the viewfinder and focusing system; the wider than 24mm lenses often tend to be focused by zone or DOF rather than visually. Basically, the M rangefinder system plays well with manual focus primes in a fairly narrow focal length range. This, in turn, dictates the use of the camera. The M bodies are not sports cameras. They’re not wildlife cameras. They probably won’t be video-enabled cameras.

Indeed, the M lens-based restrictions basically leads us to two groups of photographers: ones who work slow and deliberately, and ones who work fast by presetting everything and waiting for a key moment to occur in what satisfies their preset conditions. There’s good reason why the M9 appeals to street photographers: the style of shooting they used 30 years ago is still supported by the new digital version of the camera. It’s a testament to Leica’s original designers that the key elements of their original rangefinders are still clearly visible in the latest camera, and remarkably unchanged. Yes, there are subtle changes, but the basic components that made the M series popular with certain types of photographers are all still all there and remarkably unchanged.

But I have one small qualm about the M9: the digital side.

First off, it appears that Leica is taking up after Kodak. I need to explain that remark.

Kodak made many Nikon- and Canon-based Frankencameras in the 90’s. These were basically film bodies onto which were grafted the digital components. I tend to discount those bodies, despite their position as key players in early digital photojournalism, as they were clearly not an attempt to make a fully integrated camera. The Pro 14n was Kodak’s first real attempt at an integrated camera, and there are some remarkable similarities between it and the M9. (Yes, I know the Pro 14n was derived from the N80. But unlike previous attempts where things were grafted on, the Pro 14n had a Kodak designed chassis and body–the N80 donor camera was actually used as a parts donor to a different design.)

What similarities, you ask?

* Side to side color issues

When I look at Leica M9 images, I get this real sense of deja vu. The M9 compared to say a D700 or 1DIII has that higher acuity look that more pixels and no AA give you. But the side-to-side (and center to corner) integrity of the data seems slightly compromised. Leica appears to have accepted pretty much the same issues that Kodak did with the Pro 14n. Moreover, just like Kodak, Leica has tried to apply a software-based fix. That’s a DNG shame, because one of the goals of using more pixels is to get better and more accurate data in the first place.

But I think there’s a solution to this (at least for a good subset of the M9 users): produce another version of the camera, but without the Bayer layer. Kodak, Leica’s sensor supplier, once did this themselves with the DCM760M. And given how many Leica users are converting to B&W to start with, it should be a no-brainer for Leica to produce an M9M.

The benefits are substantial. First, of course, we don’t have that silly side-to-side color issue to deal with, because there is no color. Second, the usable ISO values bounce up substantially (remember, the Leica with fast lenses was often used as a night street camera). Third, that 18mp suddenly has the resolution of something more like a 24mp camera (note that Bayer 24mp cameras resolve more like an 18mp camera). I’d buy an M9M in a blink of an eyelash. That’s because this would be the perfect landscape camera for me: manual focus, B&W, high resolution, small and light enough to get deep into the backcountry. What’s not to like?

This gets us to the elemental Leica role in the marketplace: Leica is a niche product provider. To survive and grow, it needs to exploit existing gaps in mainstream photography world. The current M9 certainly appeals to current M-series users and thus extends Leica’s lifecycle with them, but what it’s not doing as well is attracting new customers into the Leica family.

That’s the real reason why the M10 (or variants of the M9) need to be different than the current design. Michael has done a good job of identifying the core M attributes and liabilities. Basically:

Note that three of the liabilities are coupled (viewfinder, focusing and telephoto support).

Where I disagree with Michael’s idea is in the notion of an optional external EVF and straight out Live View on the rear LCD as our prime viewing sources. As he notes, one of the defining attributes is that the M series is not putting an image on a flat plane (groundglass), but retaining the dimensional awareness of the subject. We don’t want to lose that aspect, we want to augment it.

But first I have to get rid of the dreaded external EVF idea. I simply don’t want a wart sitting on top of my camera (let alone one that has electronic contacts that can be vulnerable). I’ve got plenty of cameras with warts on them, including optical viewfinders for wide lenses on the M series, and this simply is an inelegant design that causes other issues. I want a camera to be designed to look through one thing, not three (optional viewfinder, viewfinder, and LCD screen). I want a camera that is compact and small without extensions that change the way you carry or pack it. So NO external EVF. Banish the idea from the design vocabulary please.

Well, what can we do instead? How about a flip up electronic view in the rangefinder itself? Conceptually the design aspect is highly complicated to get right, but from a user standpoint, the design is simple: most of the time you’re looking through the traditional rangefinder. Press a button and INTERNALLY an EVF flips up into the viewing path (I told you it was complicated in design–this would require some real engineering trickier to get just right, but that’s a perfect job for the Leica engineering team to tackle). Press the button again and the EVF flips back down and we’re looking through the optical rangefinder again. Essentially, the button is controlling both sensor going into Live View mode and the changes in the viewfinder. I can now verify and refine my focus via digitally-enhanced methods if I need to. Nothing I do is kludged onto the camera (external EVF) or unnatural. I shoot as usual but have another viewing option. THAT is the way to bring the rangefinder forward into the 21st century, IMHO.

Internal EVF/Live View also means that those lenses above 90mm start to be usable. You simply use EVF/Live View as your primary viewing when you go long. Likewise for macro work, something the current M9 is problematic with due to the rangefinder offset.

Most of Michael’s other ideas I agree with: exposure help, ergonomic improvement, hyperfocal suggestion, etc. But let’s bring the viewfinder into the 21st century and have a monochrome version of the camera, please. That’s enough to win me over (actually, only one of those things implemented right would probably win me over). And that’s what Leica as a company needs: new blood, new users, restored growth.

It’s curious to me that the Japanese, who value and collect these old rangefinder cameras more than anyone, don’t seem to see the potential for a simple, old-school camera (rangefinder) with new tricks (digital implemented right). The Japanese camera makers all recognize the product idea and several have even considered it in R&D, but they seem to reject it because they don’t think it would be a volume proposition compared to their be-all, do-all DSLRs. Maybe not, but a US$5000 rangefinder done right has to be a potentially very profitable extension of their current lines. I’m puzzled by the reluctance of Nikon or Canon to explore this same space.

So Leica, it’s all yours. Do the M10 right and you’ll find new customers that help drive your renewed growth. But if you do it wrong, I think you’re just playing to your installed base with upgrades, which is a slow ramp downwards, just as it was with film.

Norman Koren - Imatest Luminous Landscape Video Journal 19contains an interview with scientist Norman Koren - the founder of Imatest. Here are some weblinks that 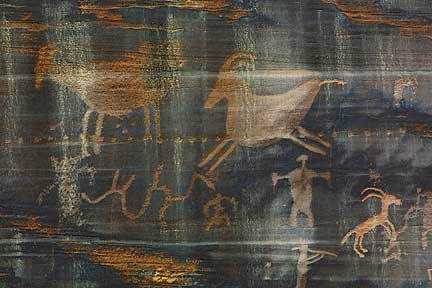 This subject is featured in Issue #4 of The Luminous Landscape Video Journal. A Second Visit In the spring of 1999 I paid my first