This subject is featured inIssue #2of The Luminous Landscape Video Journal

While a full explanation of camera movements is the appropriate subject matter of a whole book, the basics can be summarized quite simply. Many years ago I was the Product Manager forSinarview cameras in Canada and I used to take a perverse pleasure in teaching college students in one day what many schools tried to turn into semester-long courses.

Full camera movements are available only with a view camera. Usually 4X5″ or larger, such cameras provide a full range of movements; rise and fall as well as tilt and shift of both front and rear standards. Depending on whether the camera is of monorail design or a flatbed there may be compromises or limitations in movement.

Likely of more interest to readers of this tutorial are the various tilt / shift lenses available for 35mm as well as medium format cameras. Also there are some specialized medium format and smaller sheet film systems that have a limited range of movements such asRiseonly. More on these later.

That’s the key question, isn’t it. Not only what are these things called Movements, but why do I need them?

The short answer is, so that you can take photographs which would otherwise be impossible with a fixed lens camera. These include:

Creating apparently infinite depth of field without closing down the aperture.

Photographing buildings, trees and mountains so that they don’t look like they’re fall over.

Photographing a reflective surface, such as a mirror, without the camera appearing in the shot.

By using aRiseof the lens I was able to include more of the sky yet keep the trees straight at the same time. 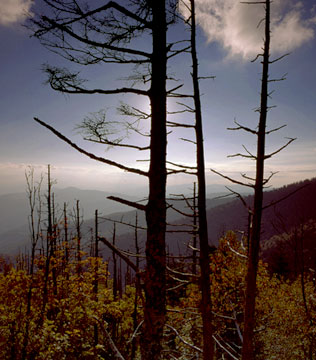 AFallof the lens would have shown more of the lower vegetation while a left or rightShiftwould have been useful in keeping the sun hidden behind the tree. (I did this by moving the tripod, but sometimes one can’t, and so a lensShiftcan really come in handy for changing the field of viewwithoutmoving the camera.

While it would appear that a few millimeters of lens movement wouldn’t make much of a difference, it’s astonishing to see how it can be the equivalent of standing on a 5 Ft ladder when the lens is raised just a bit.

Tilts and The Scheimflug Effect

This one seems like magic, and is similar in some ways to a free lunch. It was discovered in the 19th century by a fellow namedScheimflug.

In a normal camera the lens plane, the film plane and the subject plane are parallel to each other. 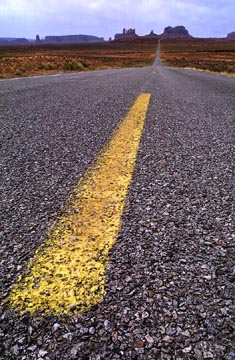 Here’s the deal. With a subject like the one above, the road (plane C ) will be in focus from the front of the lens to the distant mountains if the lens plane ( B ) is tilted so that the back of the camera ( A the film plane), the lens plane and the subject plane converge at that imaginary point.

Enough theory. Look through the lens and adjust theTiltknob it so that the image appears sharp. Final adjustment is made by racking the focus back and forth while adjusting theTiltknob. You’ve got it.

While view cameras have comprehensive movements, some 35mm and medium format users also have access to these effects via specialized tilt/sift lenses.Canonhas 3 different models offering both tiltandshift capability for its EOS cameras.Nikonhas a lens withRiseonly, as doesContax. There are also some third party lenses available on the used market.

In medium formatRolleihas a medium-wide tilt/shift lens for their6000 seriescameras and one was recently announced atPhotokina 2000by a third party German manufacturer for the newContax 645.

Two unique cameras fromHasselbladoffer both tilts and shifts; theFlexBodyand theArcBody.  Both take standardHasselbladfilm backs and viewing accessories. TheFlexBodytakes regularHasselbladlenses but is limited in its movements and won’t focus to infinity with all lenses. TheArcBodyonly takes 3 specializedRodenstocklenses but offers more comprehensive movements.

If you’d like to learn more I recommendSteve Simmons’book,Using the View Camera. 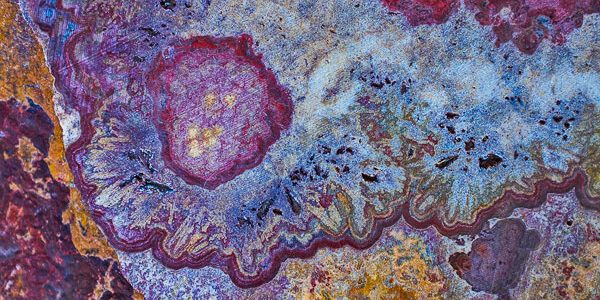