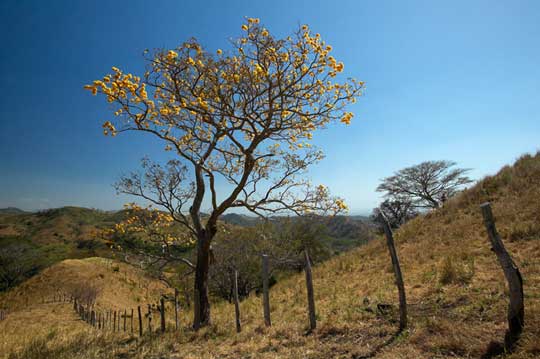 Possibly the most useful tool available in digital photography is the histogram. It could also well be the least understood. In this article we will look at what a camera histogram tells the photographer and how best to utilize that information.

Virtually every digital camera, from the simplest point-and-shoot to the most sophisticated digital SLR has the ability to display a histogram directly, or more usually superimposed upon the image just taken. (The Hasselblad H1, the latest generation of film & digital capable cameras, can display a histogram on the camera grip’s LCD while the image is separately displayed on the digital back’s LCD.) On most cameras though the histogram display takes place on the rear LCD screen, and most cameras can be programmed to do this both on the image that is displayed immediately after a shot is taken, or later when frames are being reviewed.

When I teach my landscape and wildlife field workshops and am using a DSLR (which I usually am these days) I am frequently asked why I frequently look at the LCD after taking a shot. The answer is that I’m barely even aware of the image on the LCD, it’s the histogram that commands my attention.

This histogram shows an almost perfect distribution of tones covering about a 4 stop dynamic range — from deep shadows on the left to just short of bright highlights on the right. This fits comfortably within the approximately 5 stop dynamic range capability of most digital imaging chips.

A light meter reading tells you what exposure will render a standard 18% gray reference card as a mid tone. This reading may have been made because the camera read a variety of areas of the scene and averaged them out, or because you read the highlights, the shadows and some other areas and decided that a particular setting would yield the best compromise exposure for that scene.

This setting, like every other that you or your automated camera makes, is a compromise. In most real world situations there is no such thing as an ideal or “perfect” exposure. There is simply one that places the tonal values found in the scene most appropriately within the capability range of the camera’s imaging chip. And “most appropriately” means that the mid-tones found in the image fall roughly half way between the darkest and the brightest values. Hold that thought while we digress for a moment and look at the concept of dynamic range.

The digital imaging chip in your camera is very similar to colour transparency film when it comes to its sensitivity to light.

Like slide film, if a part of the image receives too much light it becomes burned out, and if too little light it is rendered as black. A recognizable image is only recorded if the light hitting the chip falls within a range of about 5 F stops. (Remember — each F stop is a doubling or halving of the amount of light hitting the film). With digital things are much the same and even the dynamic range is about the same as for slide film; about 5 stops. Also keep in mind that the total range of brightness values encountered in the real world is only about 10 stops — from the dimmest light that you can read in to the brightest beach or snow scene in which you might find yourself).

In an image recorded in 8 bit mode (we’ll ignore 12 , 14 and 16 bit modes for this tutorial) there are 256 discrete brightness levels between absolute black (0) and absolute white (255). 18% gray (the point that all exposure metering measures) has a numeric value of about 128, half way between black and white. If you think about it this is fairly logical. This means that if you are exposing for an average subject, say something like a scene with people, trees, grass etc, these subjects will be exposed at about the mid point of the camera’s dynamic range. Why is this important?

This is because if a subject is exposed too close to either extreme you will run into the limitations of the chip’s ability to record the image. Too close to 0 (absolute black) and there won’t be an image at all, or it will be very dark and noisy, and too close to 255 (absolute white) and there will be nothing there except oversaturated pixels with no image information.

This is where the histogram comes in. It is a simple graph that displays where all of the brightness levels contained in the scene are found, from the darkest to the brightest. These values are arrayed across the bottom of the graph from left (darkest) to right (brightest). The vertical axis (the height of points on the graph) shows how much of the image is found at any particular brightness level.

Note that I somewhat arbitrarily labeled each of the five zones (or F stops) containing the dynamic range recordable by the cameras as Very Dark / Dark / Medium / Light / Very Light. But each of these 1 stop ranges contains within it just over 50 discrete brightness levels. (5X50=250 not 256, but who’s counting?) Seriously though, it’s a good idea to consider about 4- 5 points at the very bottom (black) and another 4-5 points at the very top of the scale (white) to be so close to the extremes as to not really be part of the image-forming segment of the graph. (NB: This is an oversimplified explanation. For how the data is really distributed please read my tutorial Expose to the Right.) 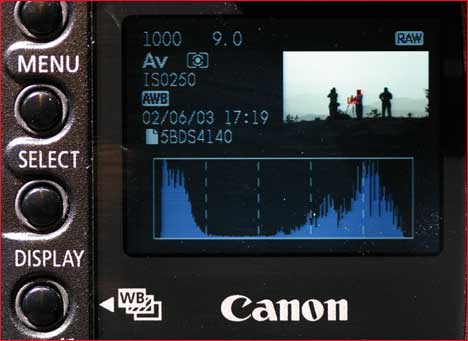 This view of the rear LCD on a Canon 1Ds shows a histogram for a particular shot and also the dotted vertical lines that Canon has engraved on the display separating the 5 stops of dynamic range that are available. As you can see this image has most of its content either in the shadows, or the highlights, with little in the mid-range.

So now things start to become clearer. The histogram shows us quite a bit, and just as a glance at the hands of an analogue watch instantly tell you the time without your even being conscious of the exact numeric values, similarly once you become proficient at “reading” a histogram you’ll be able to almost instantly evaluate the quality of the exposure that the camera is making. This is especially true when the histogram is superimposed on or just next to the image itself, making the graph that much more meaningful. Lets look at some examples.

As mentioned earlier, with the exception of a histogram that is very heavily bunched up to the right (overexposed) there really isn’t such a thing as a “bad” histogram, or for that matter a “good” one. The histogram simply shows you the way things are, and its then up to you to decide if what it is telling you needs to be acted upon. Here are some examples. 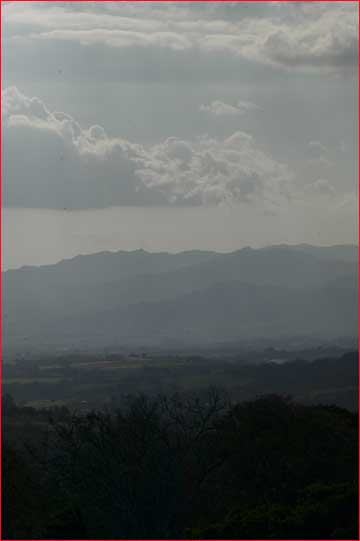 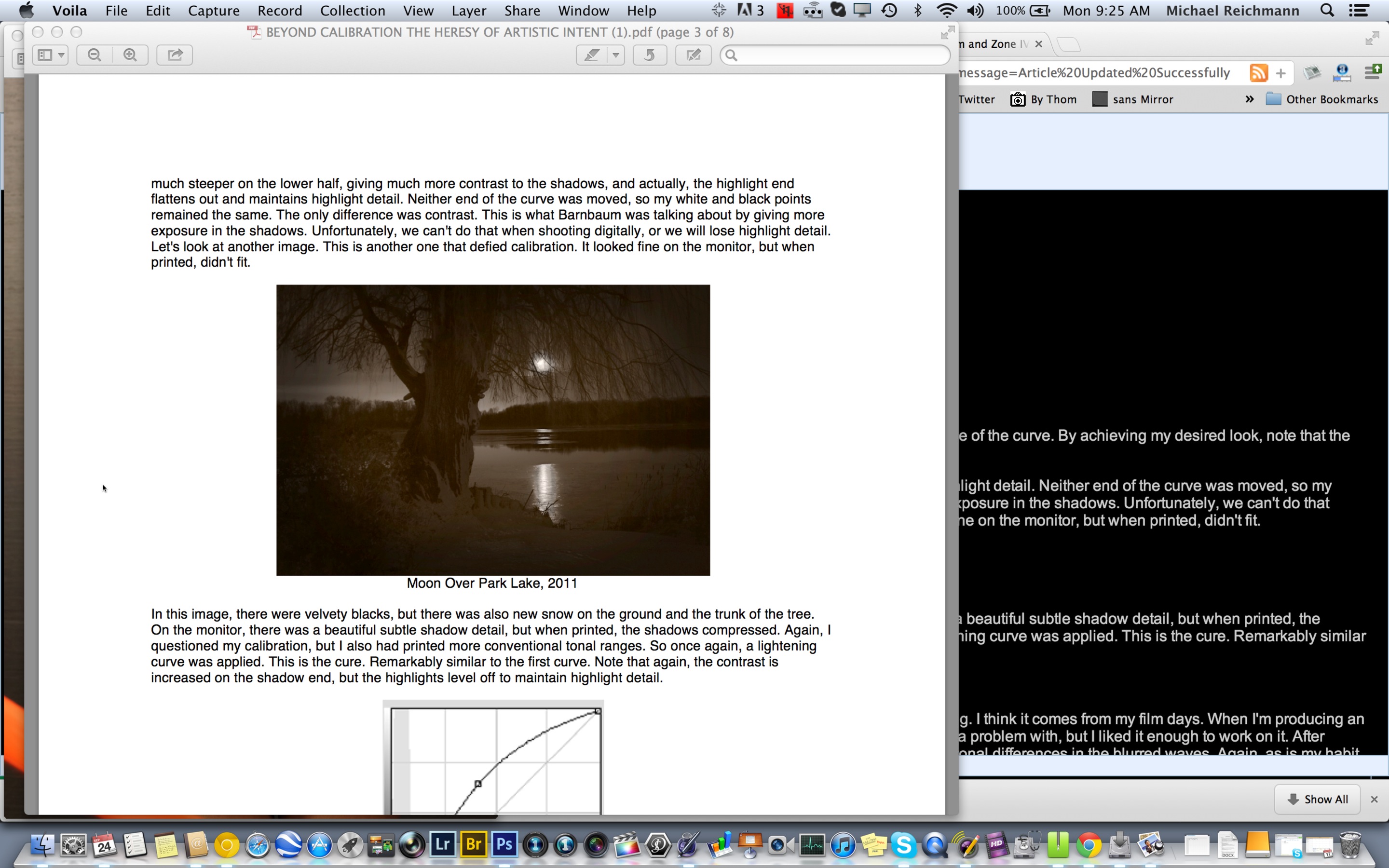 There wasn’t an exposure with today’s digital (or transparency film) cameras that could encompass the full dynamic range of this photograph — which is about 8 stops. You therefore have to make some decisions on how to handle such a scene. To stuff 8 stops worth of dynamic range into a recorded image that can only handle 5 stops your choices are….

— use balanced fill flash on the foreground

— use a graduated neutral density filter

Fill flash wouldn’t work in this case because the foreground subject was too large and too distant. I didn’t have any graduated neutral density filters with me (I no longer use them), and going home wasn’t what I had in mind. Instead I shot the two frames seen above at about 3 1/2 stops apart and merged them digitally using one of the processes described in my tutorial Digital Blending. The image below is the result. Not great art, but it illustrates the point. 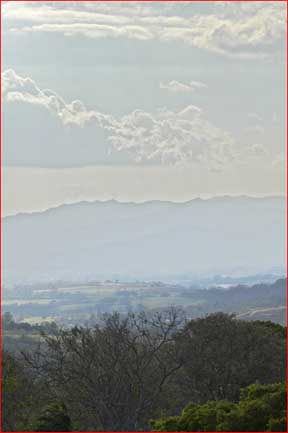 As mentioned earlier, with the possible exception of showing badly blown out highlights there really is no such thing as a bad histogram. They just are. 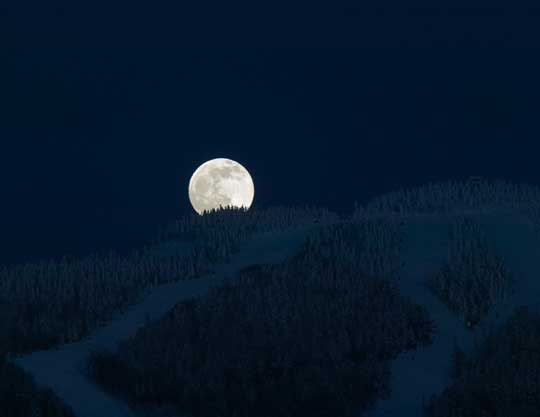 This low key shot’s histogram shows that almost all of the data in the image is down in the lowest areas (darkest) with just a small amount of data showing the bright moon. But since the dark areas aren’t right up against the left hand side and the light areas aren’t up against the right hand side of the histogram, the subject falls within the dynamic range that can be captured. The detail in the moon is what “makes” this shot. 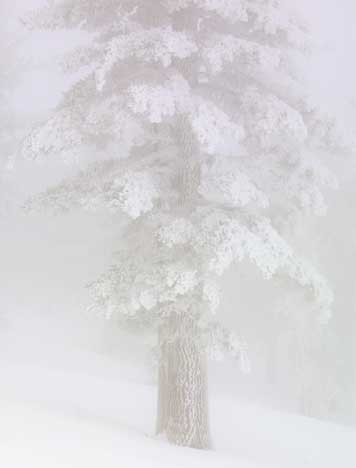 Not too long ago a histogram was something mysterious. Today it has become a valuable tool for the photographer who wants to gain mastery of their digital camera’s image quality. I hope that this tutorial has helped remove some of the mystery for you.

Start using the histogram review feature of your digital camera. Set your camera to display a combined thumbnail and histogram for 5-10 seconds after every frame. Get in the habit of glancing at it. It’s the greatest invention since the built-in light meter.