Like many readers of the Luminous-Landscape, I’ve found Sony’s NEX offerings to be a good compromise between small size/weight and capability. TheNEX-7in particular has received considerable attention here with Michael’s  “rolling review” of theNEX-7in ten installments  and a variety of other articles and discussions.My comparison  of initial results from the NEX-7 to those of my well-used A900 ended with an open question of which device would see more use in the following year. Well, sixteen months later, it was no contest: The big camera sits at home most of the time, and the NEX-7 and siblings are almost always along for the ride.

Although my personal favorite lens for the NEX-7 is the Sony 50mm f/1.8, I’ve also explored a variety of options for wider fields of view, via the array of adapters available. Unfortunately, the NEX-7 is well-known to suffer some issues in the image corners (smearing of details, magenta color casts, vignetting) with many lenses shorter than 35mm. Unfortunately again, most of the reallydesirable Leitz and Zeiss glassthat might be used on the NEX bodies  is just plain costly. So, I pursued some less-spendy alternatives — primarily from Sony, Cosina-Voigtlander, and Sigma – and largely from the used-gear market. After a year and countless prints, this article offers a brief summary of one photographer’s experiences with a small sample of wide-angle lenses. 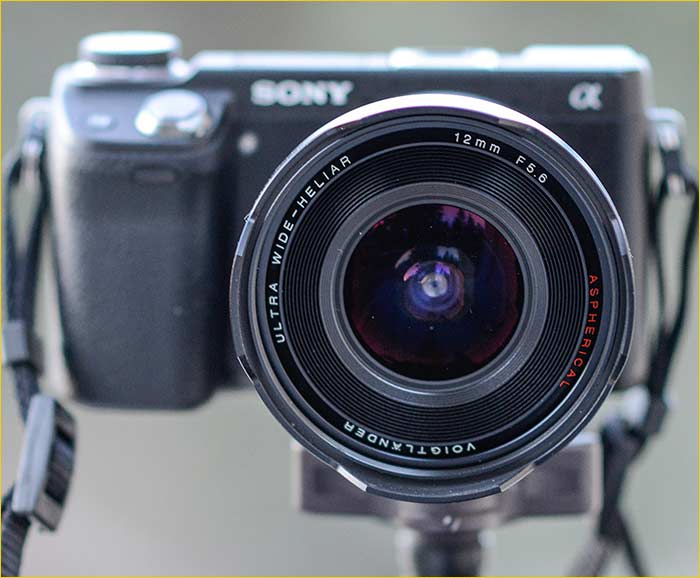 Lots of wide angle lenses can be adapted to the NEX cameras. How do they perform?

THIS IS NOT A TEST  nor are most photo-gear articles.  The following remarks are merely some impressions of one photographer about one set of lenses used on one group of cameras. You get the point – your experiences may be different, etc., etc.  Unfortunately, between manufacturing tolerances, rush to market, limited in-factory testing, apparently lax quality control, and other factors, different copies of a particular model of lens or camera just aren’t the same.  Whether you have personal experience with multiple copies of a lens or read about the issue here at the Luminous Landscape or elsewhere on the net, we might as well get accustomed to the idea that not all copies of a given lens model are created equal. Few of us have the patience, financial resources, or really-friendly dealer to be able to test many copies and select the pick of the litter.  Rental agencies get to test multiple examples of particular lenses, and, for example, Roger Cicala has written extensively about sample variation at http://www.lensrentals.com/blog.

My objectives were to find two or three (maybe four) lenses covering focal lengths between 8 and 35 mm that were small, lightweight, affordable, and capable of producing high-quality prints at sizes around 12×18 inches to 16×24 inches. My arbitrary standard of “high-quality” is that they look “comparable” to those from the NEX-7 with 50 mm lens. 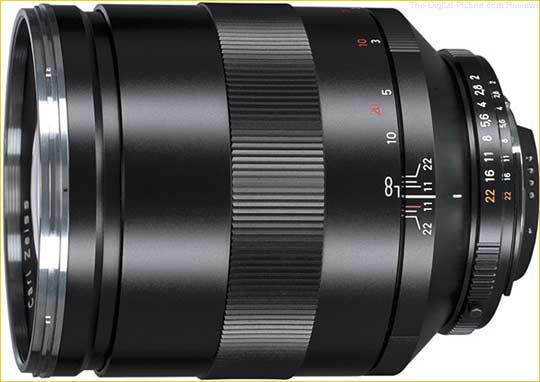 The obvious choice for a top-notch wide angle in the Sony E-mount is Sony’s own24mm f/1.8 lens. Michael gave this lens athorough review  in December 2011, and the lens has received many other favorable reviews. And, I almost certainly would have purchased one if it hadn’t been for the lens I still had from a Cosina SW-107 obtained a decade earlier: 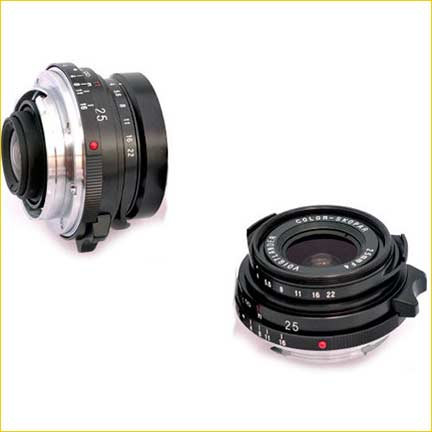 This tiny lens is probably no match for the 24mm Sonnar if tested head to head, but mine produced great results on film and ended up being a good match for the NEX sensors. While selecting example images for this article, I found more candidates taken with this lens than any other wide angle. It is definitely a lens to be limited to f/8 and f/11 for best results. 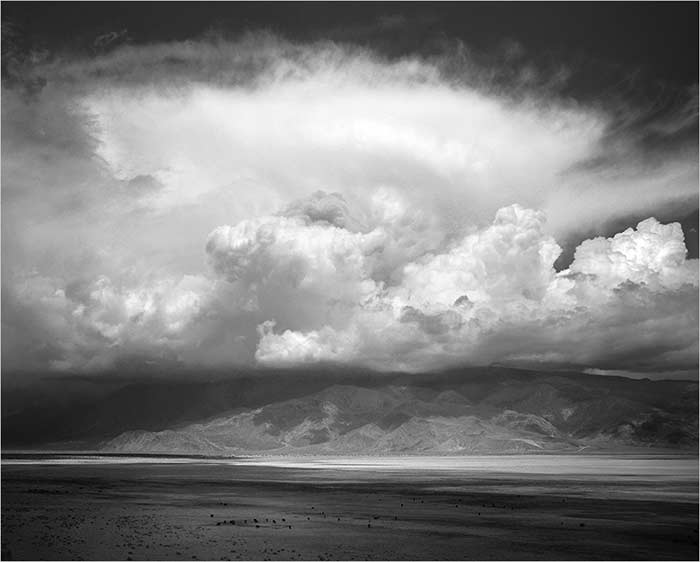 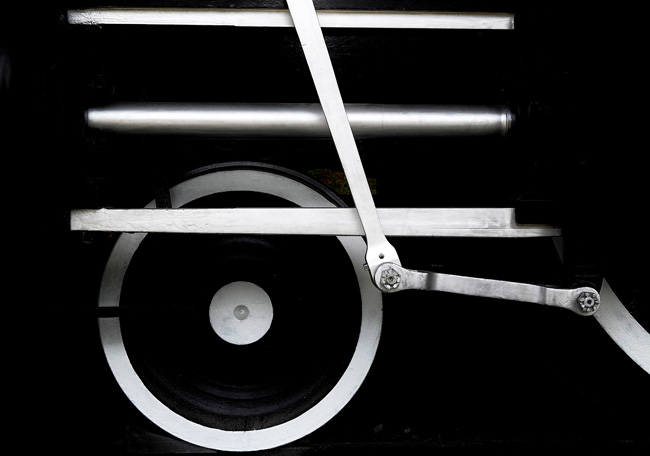 Because I liked what the 25mm Voigtlander provided, I next located a15mm Voigtlander Heliar in a Leica thread mount.  This lens weighs less than 4 ounces and is of similar petite size to the 25mm. It also produces prints of the desired quality. There are some corner issues on the NEX-7, so mine is usually parked on a NEX-5n. 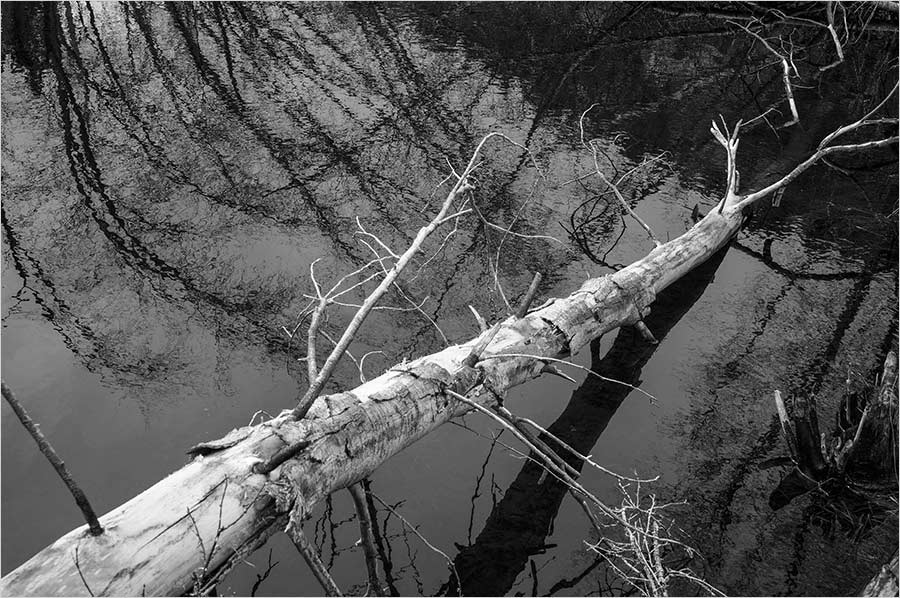 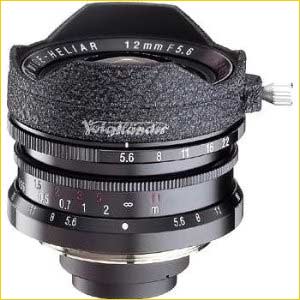 Based on favorable experience with two Voigtlander lenses, I sought an even wider optic in the 12mm Ultra Wide-Heliar in the M-mount version. Alas, my copy didn’t meet my standard for print quality (especially with the corner problems), and it went back on the market. Nevertheless, it produced a few useful images and even worked adequately for infrared on a modified NEX-5. 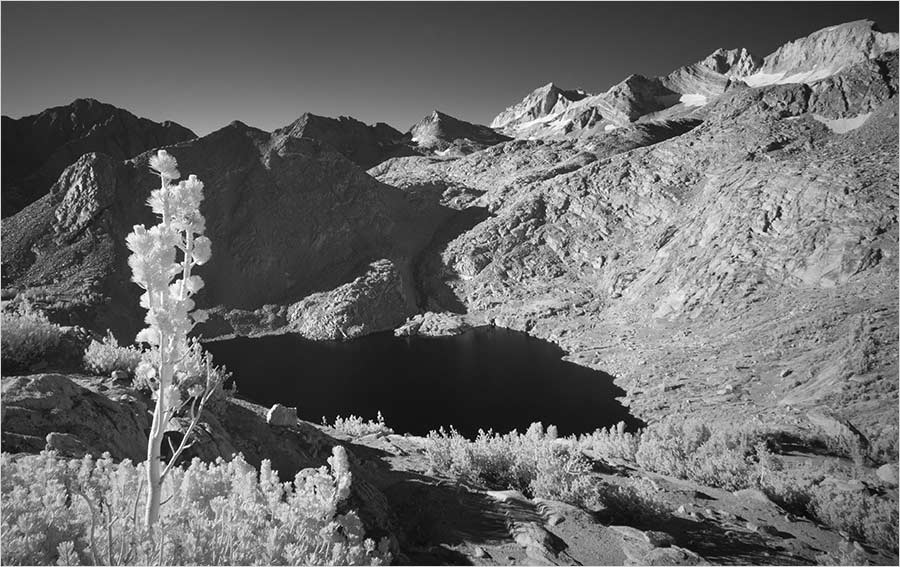 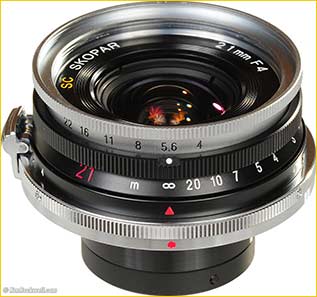 Still intrigued by the small Voigtlander lenses, I tried a21mm Color-Skopar. This lens was nice and sharp near the center, but on the NEX-7, the corners usually needed treatment from the Cornerfix program or turning down the magenta. With the extra processing, the 21mm lens was capable and produced a few keepers.

I never tried the other Voigtlander options, such as the Ultron 21mm f/1.8 and 28mm f/1.9 and f/2.0 lenses, which are designed for large aperture work and are comparatively large, heavy, and expensive. The Color-Skopar was also just out-done by then. 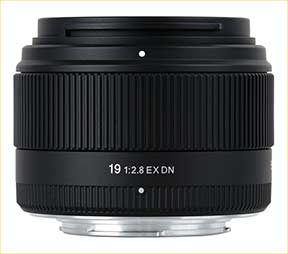 In early-2012, Sigma released two bargain-priced lenses for the E-mount in 19mm and 30mm focal lengths. Their size and weight were well matched to the NEX bodies, and both lenses produced excellent image quality. I’ve never noticed any corner problems. With the convenience of auto-focusing and the superior results, the 19mm Sigma easily out-competed the 21mm Color-Skopar for my needs. 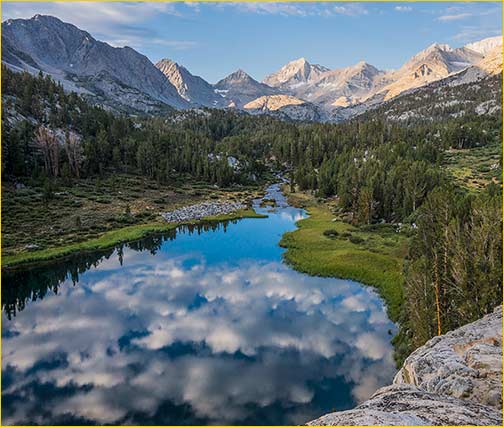 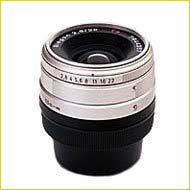 Having read excellent reviews of the Carl Zeiss Biogon 28mm lens for the Contax G cameras (though with caveats for the corners and edges on the NEX-7), I gave one a try. It was a worthwhile experiment, and as advertised by many online reviews, the central portion of the images was first-rate. The corner problems were severe on the NEX-7 and fairly poor even on the more forgiving sensor of the NEX-5n. So, in time, I gave up on it. The Contax G 21mm f/2.8 apparently has similar issues on the NEX bodies. Too bad. 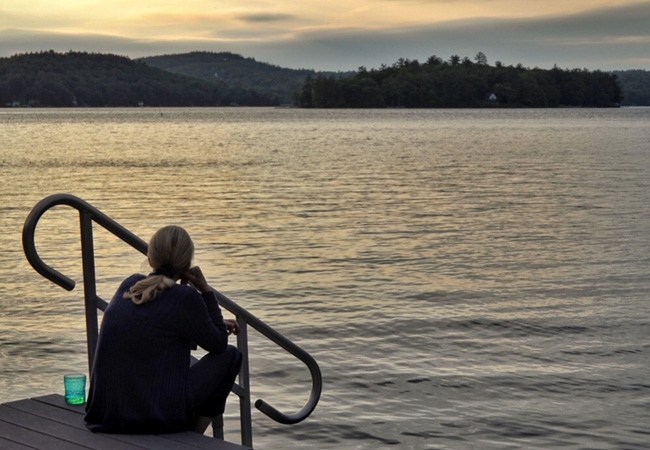 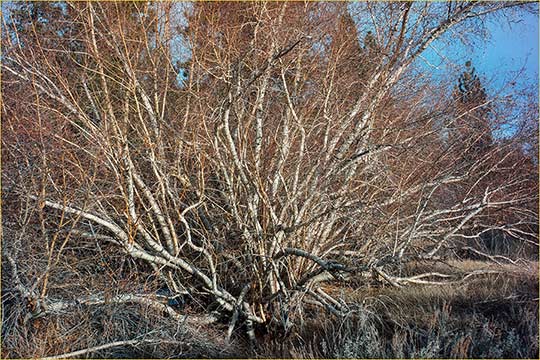 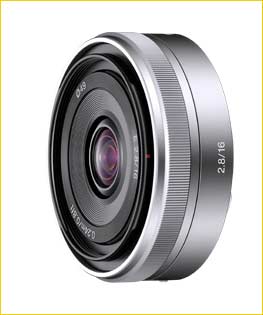 There seem to be lots on complaints about this lens on the net, but I stumbled on a pretty good one at a great deal.  The main point of this lens is too make a NEX-5n as pocketable as possible. Based on printed results, I have a strong preference for the Voigtlander 15mm over this 16mm lens. A similar sized 20mm f/2.8 lens has recently been released by Sony. I suspect it will have a hard time competing with the Sigma 19mm. 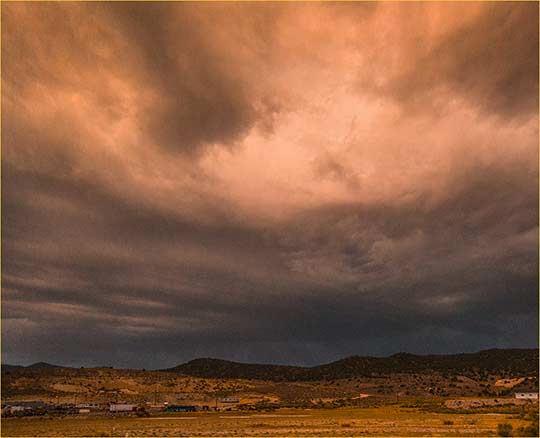 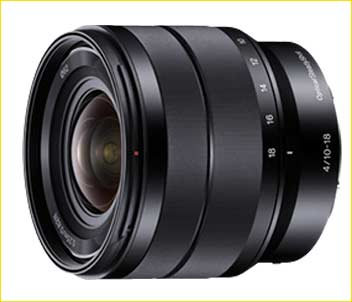 Late in 2012, Sony produced a wide-angle zoom lens for the E-mount cameras. Mark Segal wrote an extensivereview of the lens here  last November. I obtained one before the close of 2012, and found it to be just right. If I think that a wide field of view is going to be appropriate for a particular subject, this lens is my first choice. The auto-focus and image stabilization features certainly add to its appeal. 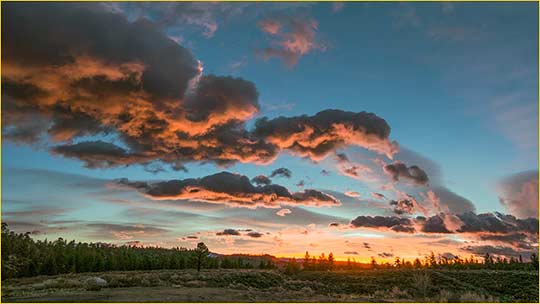 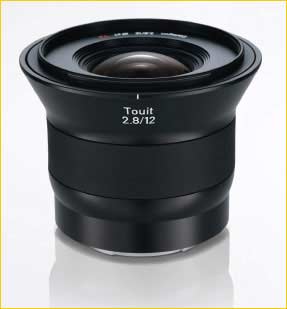 Announced in spring and anticipated in summer of 2013, a new Zeiss lens for the E-mount may be worth looking into for premium quality at a higher price point. Also rumored for release in 2013 is a “new and improved” version of theNEX-7, which might have a sensor more friendly to more wide-angle lenses.

After trying a variety of sub-Leica (and Zeiss ZM) wide-angles for the NEX cameras and evaluating them via a lot of “real-world” prints, I’ve settled on a selection that I can depend on for quality results:

Rick Kattelmann is a semi-retired hydrologist who used photography to document research and water projects in mountain areas around the world. He has been an active amateur photographer for 45 years and has lived in the Sierra Nevada of California for the past 30 years. In retirement, he is finally trying to make more use of his image archives and getting around to exhibiting and sharing photographs. A small sample of his photos from Asia can be found at www.kattelmann.com.

Michael and I are hopeless gear addicts.  It’s hard to keep up with the latest gear with new lenses and cameras being introduced at such