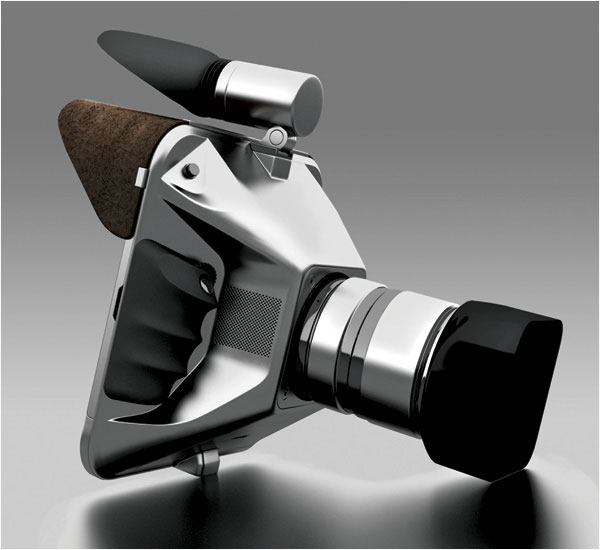 A funny thing happened on the way to the future – the entire camera industry got blindsided. Camera and lens sales suck, have sucked for a while, and likely will continue to suck for some time to come. The question is – why?

As with most things there is no one simple answer. Certainly (and I know you’ve heard this ad nauseum) smart phones are one cause. With a phone in your pocket there’s no need to carry a camera, if all you’re after are shots of family and personal events. Of course the advent of digital about fifteen years ago meant a broad expansion of photographic activity among occasional users. The person who would load a roll of film at a summer birthday and then finish it off and take it to the drug store some time after Christmas was the norm, not the exception. Now those family event shots end up on Facebook nanoseconds after being taken.  In any event, that’s not the the market that Japan Inc., is concerned about any longer. Those sales were eaten by smartphones some time ago.

With the advent of digital a new segment was born, and it has bolstered camera sales for more than a decade. This is the so-called enthusiast segment. Many people have pursued photography as a hobby and as an art form for the past 150+ years. But a new enthusiast segment blossomed and grew tremendously because of digital, driven by factors such as instant gratification, the appeal of gadgetry, and digital printing’s maturation. Many people eschewed a serious pursuit of photography up until the late 1990’s because setting up and maintaining a darkroom was always a space and time concern. But with desktop printers reaching technological maturity about 5 years ago we have the ability to produce exhibition quality prints in our dens and living rooms; no muss no fuss. 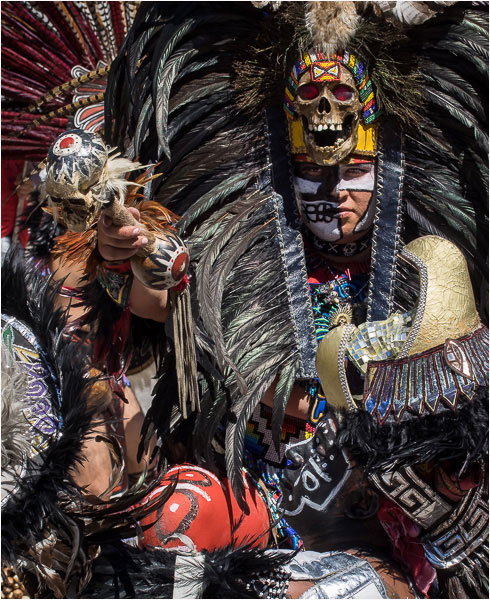 Are We Mature Yet?

Do you remember when inkjet photographic printers hit the technology ceiling? I mean, when was the last time you saw an innovation in printer technology that offered the kind of dramatic advancements that we saw regularly between 1996 and 2006?

I would suggest that a large part of the problem faced by the camera industry is that the past couple of years have seen a leveling off of theJuggernaut Expressthat was digital imaging technology between the millenium and now. I would go so far as to say that the last major innovation was mirrorless technology, and that the past few years have simply been a maturation of that technology, especially with regard to EVFs. We’re not fully there yet, but getting closer.

As for DSLRs, I believe that they hit the wall quite a few years ago. If we look at the various factors that comprise image quality, sensor size, pixel count, dynamic range, high ISO capability… all reached the point ofde minimisadvantage during the past few years. Yes, we now have cameras with OK image quality at ISO 25,000, but who really cares? Camera nerds debate the merits of 12.8 vs. 13.1 stops of dynamic range, but fail to realize that such tiny differences are of no real visual significance. 9 FPS vs. 6 FPS?Yawn. Is this enough to make one switch to a newer body or even a different brand?

Here are some postulates that I have written before, and I’ll list here again…

– Most cameras are better than most photographers.

– Most cameras frustrate their owners with too much complexity and unneeded and unused functionality.

– Most cameras are highly flawed in one way or another, but their users just don’t understand how and why.

– It doesn’t matter what camera you have if your photography has nothing worthwhile to say.

– A high quality lens will always trump the sensor when it comes to producing superior image quality.

Assuming that at least a few, if not all of the above have some truth to them, no wonder that the camera industry is in trouble. For the first ten years of the past fifteen, since digital cameras became the mainstream, the industry focused on increasing pixel count, increasing sensor size, improving dynamic range, and improving high ISO image quality. I would maintain though that in the past few years each of these parameters has reached and even topped reasonable expectations. The curve has become very flat. Pixel peepers still find much to amuse themselves with, but mainstream purchasers know that a plateau has been reached. On the whole consumers aren’t stupid, or if they are, they don’t stay that way for long.

It doesn’t take more than one or two camera upgrades or brand changes for one to realize that the latest model touted on DPReview or LuLa isn’t going to make them a better photographer, and that image quality improvements over last year’s model will be hardly of significance much of the time, if at all.

The differences between brands and between models comes down to features, and to be brutally frank the industry has done a really really poor job in this area. One only has to read the reviews on these pages and elsewhere to learn about how dismal the ergonomics of some cameras can be, and how utterly confusing their user interface. Missing features, poorly placed controls, outright bugs –is anyone who makes these things minding the store? 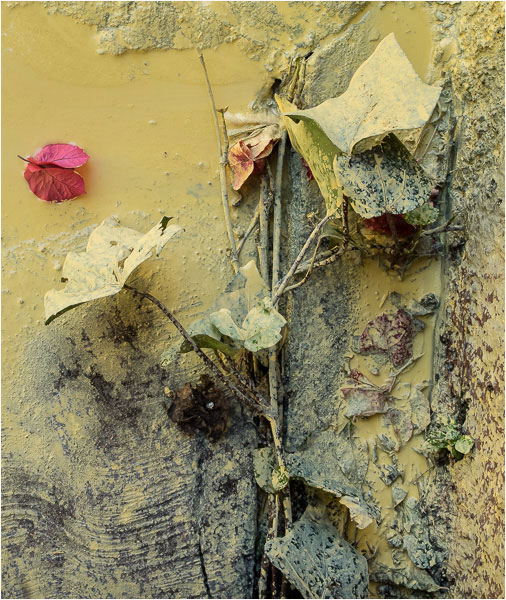 Just as the inkjet photographic printer industry (Epson mainly, but also Canon and HP (where the hell did HP go?), reached a technology peak several years ago, I would suggest that one of the main reasons for declining camera sales in most markets and market segments is buyer fatigue. The reasons why have been enumerated above. You may not agree with all or even some of these postulates, but just look at the statistics below.Somethingis causing an almost across-the-board decline in sales, and a poor economy can’t take the full rap. 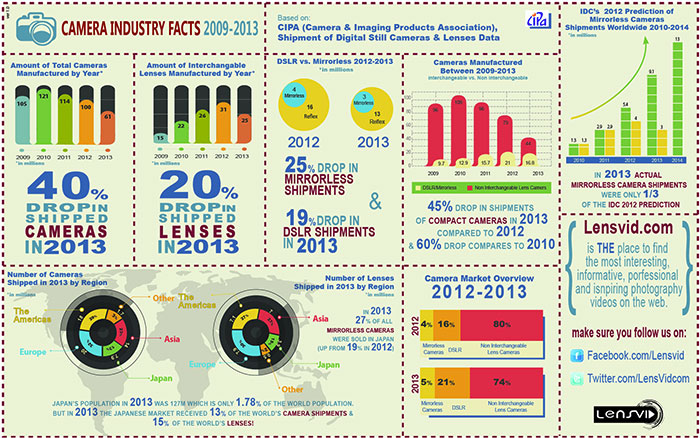 Image ubiquity is another fatigue factor. The growth of digital photography and the emergence of the Internet into a paradigm-changing force in the world have largely paralleled each other. It used to be that Uncle Harry would bore us with his snapshots at family get togethers. Now, we have a billion people doing it on Facebook, Instagram and the myriad of other sites devoted to showing us what people we neither know nor care about had for lunch today.

And then there’s the issue of stock photography. Just a few days before this was writtenGetty Imageannounced that they were releasing some 35 Million images for free online use. The implications for photographers who took those images, not to mention the chilling effect it will have on anyone trying to shoot and sell stock for a living is mind-numbing.

Sad to say, I believe that we have witnessed the passing of an era. The growth of digital imaging over the past 15 years has been fed by the camera makers and their innovative technology, but this has now plateaued. Of course we will continue to see higher image quality, but because the curve has become so flat, it has almost topped out, at least until some major breakthrough happens. Incremental improvements in image quality will be much smaller than in the past, and appear more slowly. Buyer fatigue and image fatigue are factors, as has been the ubiquity of camera phones.

But, don’t despair. The market isn’t going away. If you are reading this and you are an enthusiastic photographer, recognize that in some ways you are in the golden age of photography. We now have tools that surpass our dreams of just a couple of decades ago. It’s up to use to use them to create interesting and worthwhile images.

And if you’re a camera maker, please do continue to innovate and provide us with ever improving technology. But, and I stress this, please now turn a large portion of your engineering and design skills to making cameras that have not just a lot of features, but appropriate ones. Work with real photographers to find out what they want, what they like, and what they don’t like. Look at your competitors and learn from their best designs and then try and top them. But don’t overburden us with useless frills, or our cameras will become like the VCRs that used to sit on our shelves flashing 12:00 because none of us could figure out how to program them.

I suggest that it’s time for a new maturity, both from photographers and camera makers. Just as the auto industry had its horsepower race, and then matured, now the digital camera industry needs to turn to the design of cameras that people will want to buy because they offer improvements in utility and ease of use, not just incremental sensor tweaks. It’s time for us to grow up, together.

I have put forward the thought that  – “A high quality lens will always trump the sensor when it comes to producing superior image quality“. With this in mind, look at what’s been happening with third-party lens makers over the past year or so. Zeiss has entered the field, with lenses for both DSLRs and Compact System Cameras. Venerable Schneider is also launching a line of CSC lenses this year. Sigma has brought out its ART line of lenses, that appears to be good enough to compete with the best.

All of this tells us that the smart people at the independant lenses makers also see that the bigger, better sensor bandwagon is slowing down, and that photographers who are interested in improving their image quality are now turning to quality lenses rather than hoping that the latest and greatest camera will do the job. Just saying.