A famous photographer was once asked –"Why do you take photographs"?His reply was, simply –"To see what things look like when they’re photographed".

This response was neither supercilious nor arrogant. Indeed, I’ve always seen it as quite a profound observation. A photograph is not simply a mechanical representation of a moment in time. There is the observer as well as the observed. Unless taken by an automated security camera a photograph often tells us as much about the person that took it as does about the subject photographed.

Every now and then a special subject comes together which was accompanied by an emotional state along with an appropriate combination of technique and equipment. When this happens, sometimes, and only sometimes, art is produced. 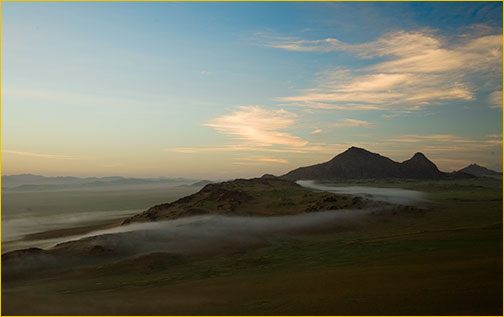 But, what makes it art and not just a snapshot? That’s a question that I can’t answer, at least not with a response that will withstand academic rigour. I fall back on the standard set by a US judge when asked how he defined pornography. His reply to the question was –"I can’t define it. But I know it when I see it".

Many of my landscape photographs teeter on the fence that divides art frompostcards. These are labels thatIapply to my own work. They have nothing to do with whatyoumay think of them. You may be a harder marker than me, or more easily satisfied. It really doesn’t matter.

But what does matter, and what I am trying to examine with this brief essay, is the case of those images that don’t sit on the fence, but rather which exist in that happy zone without ambiguity –keepers, selects, winners, portfolio grade, exhibition quality– whatever you want to call them.

My point though is to try and identify what it is that makes some images jump out at me and declare their position. There’s no intellectualizing needed. I don’t need to study the image onscreen while it’s still a raw file, or later as a processed print hanging in my viewing box. There’s nois itorisn’t it?

InHartmann Valley Sunrise, seen on this page, somethingclickedthe moment I saw the scene, and it wasn’t just the shutter. We were in far northern Namibia and had left our camp at about 5 am and had been driven in the dark over rough desert tracks for close to an hour by our guides. We reached an overlook just before dawn and stood watching the sun rise over mountains in Angola, across the Cunene River before us. But, directly beneath us lay the Hartman Valley, shrouded in heavy fog.

Though I took some obligatory sunrise shots, what I was waiting for was for the fog to lift. It’s that rapidly changing and very brief period of time as light is changing and fog goes from dense to ephemeral that holds the most promise for strong images.

As the sun cleared the distant mountains to the east, looking northward the light was still very flat, and even as we watched the fog started to very rapidly dissipate. But as it did so it formed a river of cloud, swirling around a nearby mountain, as if it were water diverted by a large rock mid-stream. This wastheshot.

The challenge of turning this image into an exhibition quality print was in dealing with the contrast between the high clouds, brightly lit by the rising sun, and the very flat and low light levels in the valley. There are many techniques for dealing with this, including taking multiple exposures and blending them, or processing an image twice, once for the shadows and once for the highlights, and then blending those. But, when the tonalities are a subtle as those in this image – and I did want to maintain that soft early morning look, I found that none of these techniques worked to my satisfaction.

The tool that I used wasAdobe Lightroom, and its very sophisticatedTone Curvemodule. This provides the control of aCurvesfunction but with a high degree of protection against posterization and strange colour artifacts.

In the end I still needed to do a selection on the fog within Photoshop and brighten it just a bit. Now the reproduced image matched how it had been recorded in my mind’s eye.

This is an image that I am very pleased with. It’s not as dramatic as some, and certainly not asin-your-faceas many others from my Namibia shoot in April, 2006. But sometimes images that whisper speak more loudly than those that shout.

The Leica Story – The Finale

FacebookTweet A Memorable Look At Leica     Over the last few months, we have been telling the story of Leica.  I always wanted to tell