One of the most annoying questions on the web is seen when someone on a forum asks –Should I get a Whatsiflex or a Thingabobblad?Which is better? The problem is not with the questions. The problem is the answers!

This often innocent query unleashes not only thedogs of war, but theclowns of clicheas well. Among the fan boys rallying for their favourite brand there are bound to be at least a couple of bright sparks who write – "It’s not the camera, it’s the photographer", or some similar pithy aphorism. Inevitably someone will also quote from Saint Ansel (who in reality was quite a gear head himself). Then some kind soul will start ranting about how even a Holga can take great shots, pinhole cameras are all one needs, and how the camera industry is a vast conspiracy intended to turn us into mindless robots, godless heathen, communists, or worse. (Oops, sorry, communists are no longer the bad guys de jour. Wrong decade).

This all came crashingly to mind when a bit of web surfing this morning turned upthis recent essayby Ken Rockwell. I don’t know Mr. Rockwell, and have never had communication with him, and am only vaguely aware that he is a some-time web writer about things photographic. Regardless, I was at first amused and then annoyed by the piece – quite annoyed, and so decided to write this rebuttal. Maybe, just maybe, if enough people read it we can end the mind-numbing vapidity of this pointless debate once and for all. (I doubt it, but at heart I’m an optimistso it’s worth a try). 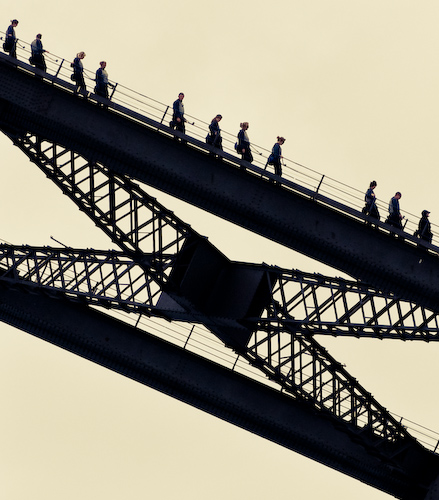 It’s about the Equipment – Stupid

Let’s get something straight right off. Photography is not possible without a camera and a lens. (Don’t talk to me about thecamera obscuraand pinhole cameras. The pinhole is in essence a lens, and the room or box is indeed a camera). In fact let’s deconstruct this all to its most atomic form.

Items needed to make a photograph:

– A light sensitive substance on a substrate.

This can be silver gelatin on flexible plastic or CMOS photosites on a chip, or any number of other processes

This can be a Cheerio box with a hole in it, a Hasselblad, or anything inbetween

This can be a pin hole, a single meniscus piece of plastic, or a 16 element optical system with multiple aspheric elements and nano coating, designed by elves in the Black Forest and built by industrial robots in Tokyo

Oh yes – a shutter would be nice to have, and can range from removing your hat from the front of the lens opening for a second or two, to a Copal #1 shutter with mechanical mechnism. An electronically controlled focal plane shutter allowing exposures from 12 hours to 1/12,000 of a second might be nice.

We can also add a diaphragm to control the amount of light entering the lens, to control depth of field and reduce aberrations. This can be waterhouse stops, a proper iris, or even a phase changing optical plate.

Some means of measuring the intensity of the light is often handy. This can be a cardboard extinction meter (you’re showing your age of you remember ever using one of these), a hand-held incident meter, or maybe one built into the camera that measures through the optical system, taking into account 1000 or more segments of the ground glass, measuring colour information, and adjusting exposure automatically with an accuracy of 1/10th of a stop.

Oh yes – focusing. That would be nice. We can do it by measuring the focal length of the lens with a ruler, then its diameter, and finally by the use of a printed look-up table set the point where the camera might be in focus for the subject desired. Or a ground glass can be helpful. Or, how about an eletronic rangefinding system built into the camera that instantaneously measures the distance to the subject with an accuracy of 1/100 of a mm, and then which automatically adjusts the lens elements in a fraction of a second to be in essentially perfect focus. Even better, how about if it can then follow a moving subject, changing focus as it changes distance?

Am I making my point? Whether a home-made pin hole camera or the latest Nikon D3, these are all cameras. Of course where they differ is in their technology, and that difference translates into both difference in convenience of use and ultimate image quality.

No, painters don’t often debate the merits of one type of brush over another, nor do chefs hang around online forums debating the relative merits of one brand of soup pot over another. (Maybe the do. I can’t be sure since I’m neither a painter not a chef, but I actually wouldn’t be surprised if there are online forums for these and similar topics).

But when people make this point, they’re actually missing the point. Photography is both an art and a craft. We can not perform our craft without the requirement of certain tools, including a camera, lens, and light sensitive substrate.

Tools have merits, good ones and bad. Tools have so-called personality as well. What suits one person’s needs may not meet the needs of another.

And, herein lies the crux of the matter. We all have different needs. A photographer walking the streets of an urban environment doing street shooting has very different needs than someone on the Serrengetti photographing wildlife. A photographer looking to create large prints of extremely high quality landscape work will of necessity need a different set of tools than a teenager wanting to record her sweet-sixteen party. 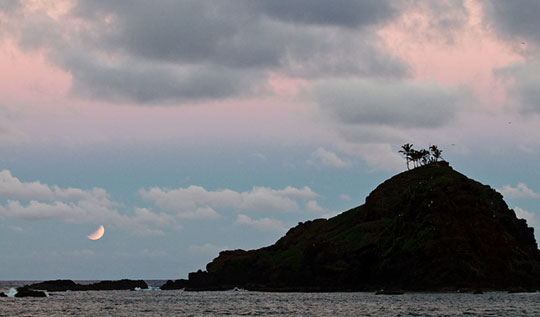 So, please, and with all due respect to Mr Rockwell and his brethren, GET OVER IT!

Discussing the merits of one tool over anotherisrelevant. Some lenses, cameras and other photographic toolsarebetter than others. In some cases they are objectively better, while in others their degree ofbetternesswill be subjetive and will depend on the specific needs of a particular photographer.

Come on folks. Don’t they teach analytical thinking in schools any more? Enough cliched rejoinders that serve no ones interests other than to inflate the egos of some, and confuse and embarrass others. When a person asks these type of questions let’s be generous instead of snarky. Let’s ask them the type of photography that are doing, or plan on doing, and then if we have anything worthwhile to contribute, do so. But to spout holier-than-thou cliches one more time is simply the sign of either a lazy or an angry mind.

One can’t build a modern house with a stone axe, and a doctor can’t do surgery without a finely honed scalpel. I’m a pretty decent photographer, and give me a Holga toy camera and I can do some fun shots with it. But I can’t do a formal portrait, an architectural commission, a sports or wildlife shoot, or a table top still life or product shot without the right tools, which may include at any one time a camera with a large sensor, long lens, technical movements, and other tools and techniques of the trade.

So please folks, stop the childish nonsense.Equipment does matter, and if anyone tells you otherwise, smile, nod sagely, and simply move along. Or, send them here for a good spanking.

In its first few days online the above essay has generated a lot of debate. That’s fine. But, based on emails received and what I read on this site’s forum and some others, there is a small percentage who either didn’tget it, or who simply have sub-optimal reading skills.

Firstly, just because I was arguing that good and appropriate equipment is important when doing many types of photography doesn’t mean that the inverse is untrue; in other words, that talent isn’t necessary. This is a simple logical fallacy that is taught in any reading comprehension course, yet which some seem to have assumed to be the case.

So just for the record, and as the kids say –Duhhhh!Of course talent and artistic skill arealsonecessary. How could anyone think otherwise? That’s why I put the cartoon on the page. It makes that very point!

Secondly, people have said that I was misinterpreting Rockwell’s article. No. I don’t think so. Unfortunately, from what I have seen of his writing in the referred to essay, as well as the rest of those on his site, consistency of thought and clarity of expression are not hallmarks of his writing style. I was simply using his headlined position as a jumping off point to make my rebuttal.

Please feel free to copy and post or quote this comment elsewhere, since it seems that some people are missing the point completely.