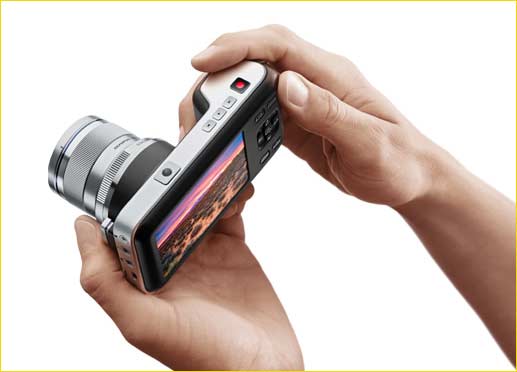 If you shoot any sort of video though, read on, because an Australian company called Blackmagic is about to shake up the industry. TheBlackmagic Pocket Cinema Camerais scheduled to  ship in late July, 2013, a couple of weeks from when this article first appears. But, since Blackmagic has a track record of being late with new products it might be August or even September until these fall into customer’s hands. Update:The BMPCC started shipping on August 2, 2013, just a few days later than scheduled.

Major retailers have been taking pre-orders for a couple of months now, so if you’re interested it might be a good idea to get your name down. Chris and I ordered two, and put down deposits the day that the BMPCC was announced. To Order FromB&H CLICK HERE

In a nutshell, I believe that this is a video camera that is going to shake up the industry. Why? Here are the basics…

Let’s put it another way – this is a camera that could be mistaken for a pocket digicam, but which shoots high dynamic range raw video and takes a vast array of lenses, including all current Micro Four Thirds lenses with active aperture control, and older Four Thirds lenses via a standard adaptor. PL mount lenses, Canon lenses, Nikon lenses – you name it. 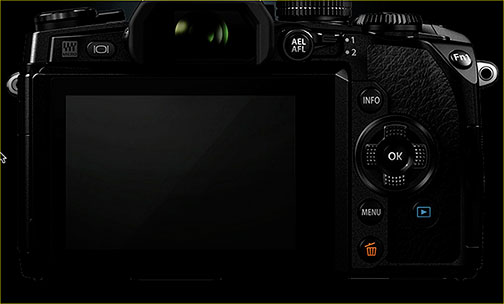 Why Other Camera Makers Should be Very Afraid

I’ll be frank. Since 2008 when Nikon created the first DSLR capable of shooting video, the D90, and then the run-away success of the Canon 5D MKII which turned both the video and cinema industries on their heads, now everything from top-line pro-models to digicams to smartphones shoot 1080HD video. Most of them not too well though, and that’s the dirty little secret that most people don’t discuss in polite company.

Indeed, back in the late 2000s even some experienced film makes and videographers didn’t really understand how technically limited what they were shooting was compared to the advantages that they enjoyed when shooting raw stills. But RED started educating the community, Sony and Arri hit the high-end film production market with raw cinema cameras, and the rest is, as they say, history.

But, not in DSLR land, and not in sub-$10,000 video camera land. There, the major camera makers continue to short-change us with cameras that shoot Motion JPG, AVCHD and various flavours of H264 .MOV. These are all baked formats, just like JPG stills. Gamma and white balance have little room for adjustment because the files are brittle.

Last yearBlackmagicbroke through the industry’s self imposed limitations and introducedBlackmagic Cinema Camera, now available in both Canon EF and MTF lens mounts. The price? A surprisingly low $2,995. Like the new BMPCC t he BMCC creates 12-bit lossless compressed CinemaDNG and 10-bit ProRes 422 (HQ) files at  23.98p, 24p, 25p, 29.97p, and 30p. In 1920X1080P HD, of course.

Why both raw and baked (Prores)? Simply because some users won’t want to go through the process of raw editing, just as there are some photographers who need to shoot JPGs, usually because they don’t have the turn-around time to shoot raw and process files on the computer.

But, RED showed us that the cinema world is hungry for raw, and Blackmagic (after a stumbled launch last year, due to a bad parts supplier) has created quite a storm with the BMCC. Now the Blackmagic Pocket Cinema Camera is set to change the game again.

RED and nowBlackmagichave raised the flag. Photographers who care about image quality shoot raw, and now cinematographers similarly shoot CinemaDNG and similar raw cine formats. The revolution is that Blackmagic, with theirnew Pocket Cine Camerais about to do so for $995. Add any Micro Four Thirds lens and you’re in business, not to mention just about any other lens in the world via inexpensive mount adaptors.

The camera ships with a copy of a program calledDaVinci Resolve Lite. This is a free version of one of the industry’s most popular colour grading program. Very few features are missing from the full $995 version. But here’s the cool thing, you can use Lightroom or Camera Raw to do raw conversion and grading (colour and tonal balance etc) of CinemaDNG files. You can then even do basic video editing in Photoshop CS6.

So, though the power user will want to learn and use DaVinci and also Final Cut X or Premiere Pro, a still photographer wanting to process CinemaDNG files from the BMPCC can do so using the tools that he or she is already familiar with. Once I have a Blackmagic camera I’ll write an article or do a training video on how to accomplish this.

CinemaDNG is an Adobe originated format for raw video. For that reason, any program that can input a DNG file can import CinemaDNG. What do you end up with? Hundreds or even thousands of small DNG still images, which is what video frames are anyhow.

The sensor in the BMPCC measures  12.48mm x 7.02mm. This is smaller than even Four Thirds. It is called Super 16mm, because it is very close to the pro-level cinema camera size with that designation. This means that any lens mounted on the camera will effectively have a field of view of about 3X that of a full frame 35mm camera.

At first blush this seems like a limitation. But there are somevery fine MFT lenses, such as thePanasonic 7-14mm f/4which will be ideal (20mm equivalent at the wide end). There are also numerous used Super 16 Cine lenses on the market, though prices are rising as people cotton on to what’s happening. The BMPCC can control the iris on MFT lenses, and also supports Stabilization if the lens offers it.

Interestingly, the BMPCC’s sensor is 1920X1080 in resolution. This means that unlike DSLRs and CSC which have larger sensors and have to use line skipping, pixel binning, or interpolation and sub-sampling to get the image down to 1920X1080, the sensor in this camera is at HD resolution already. This should have a significant impact on the reduction of artifacting.

This has been a brief summary and overview of the upcoming Black Magic Pocket Cinema Camera. If you’ve read this far you’ll likely be as fascinated as we are with the potential that this camera offers to anyone interested in creative film making.

We are expecting two cameras some time soon. As as soon as we have them and have had a chance to give them a real workout in the field, we’ll have a further report here. In the meantime, Blackmagic has a very activediscussion forum,  as do BMCUser andDVInfo as well.