Markus Klinko is an award-winning, international fashion/celebrity photographer and director, who has worked with many of today's most iconic stars of film, music, and fashion. Klinko has photographed the likes of Beyonce, Lady Gaga, David Bowie, Jennifer Lopez, Britney Spears, Mary J. Blige, Mariah Carey, Kanye West, Anne Hathaway, Kate Winslet, Will Smith, Eva Mendes, Kim Kardashian, Naomi Campbell, and Iman. His editorial clients include Vogue, GQ, Vanity Fair, Harper's Bazaar, and Interview magazine. Brands such as Lancôme, L'Oréal Paris, Nike, Hugo Boss, Anna Sui, Pepsi, Skyy Vodka, and Remy Martin have hired Klinko to create advertising campaigns. His campaign for Keep A Child Alive raised over one million dollars for children with AIDS in just 3 days. Born in Switzerland of French, Italian, Jewish, and Hungarian descent, Klinko spent his early years training to become a classical harp soloist. He studied at the Conservatoire National Supérieur de Musique in Paris. Later, Klinko signed an exclusive recording contract with EMI Classics, as well as a management contract with Columbia Artists Management. He received the Grand Prix de Disque for his recording of French harp music, with members of the orchestra of the Paris Opera Bastille. Klinko performed in recitals and as a featured soloist with symphony orchestras around the world. He was also regularly featured in such publications as Vogue Italia, Vanity Fair, GQ, The New York Times, Madame Figaro, Stereo Review, and Ongaku no Tomo. After a hand injury, Klinko decided to become a fashion photographer and retired from his international concert and recording career. During that time, he met Indrani, who later became a regular collaborator in her role as his studio's digital post production artist and photo editor. Isabella Blow discovered Klinko's work while at the London Sunday Times and commissioned cover stories from the emerging photographer. Around the same time, Ingrid Sischy, at Interview magazine hired Klinko for various shoots. Iman and David Bowie followed, giving the up and coming photographer a chance to photograph them for their respective book (I am Iman) and album covers (Heathen). From there, he went on to create some of the most iconic album covers of his time, including Beyonce's Dangerously in Love, and Mariah Carey's The Emancipation of Mimi. Many of Klinko's famous celebrity photographs can be seen in his coffee table book ICONS (Perseus). Lincoln Center in New York presented an art exhibit showcasing many prints from the book and since then art galleries and museums around the world have featured his work. Klinko has appeared on E! News, Access Hollywood, Fashion Television, CNN's Showbiz Tonight and Larry King Live and has been the subject of the reality show Double Exposure on the Bravo network.
Visit my website

A Quick Review: Are You Ready For Your Close Up?

When I moved to Paris in the late 70s, to study at the Paris Conservatory to become a classical concert harpist, I had no idea

There are hundreds of modifiers out there with Bowens mounts…but which are any good? New Creative Opportunities With the emergence of the Fujifilm GFX medium format camera in January of 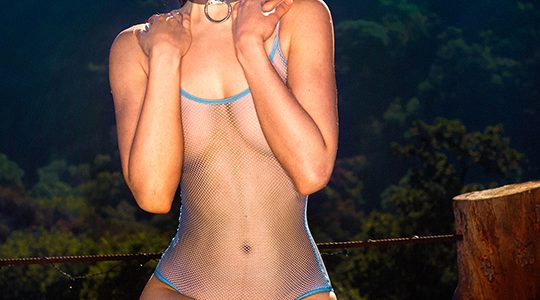 In the fall of last year, when Fujifilm announced their GFX 50S medium format camera, it created quite a frenzy on the internet. The main