How Close Can You Get?

When I was a teenager I read a Sci-Fi comic book story about the first astronauts to crash-land on Mars. No life there, no help possible‚ they died. The last frame of the comic showed an exaggerated perspective of an astronauts body lying on the sand of Mars with a tiny ultra-modern city partially crushed underneath him. Therewaslife on Mars‚ just on a micro scale that hadn’t been noticed.

The point of this story? Do most of us see that vast world around us that lies in the very small?  I usually don’t, as the broader landscape is my typical subject matter.

Macro-photography (or as some more accurately prefer micro-photography) is a very specialized field. Many years ago when I was a working pro (no, not that kind), I did some extensive close-up work for a TV series on flowers, but I found it tedious and difficult. I used bellows and had to calculate exposure factors, and flash use was even more complicated‚ in fact almost impossibly difficult. 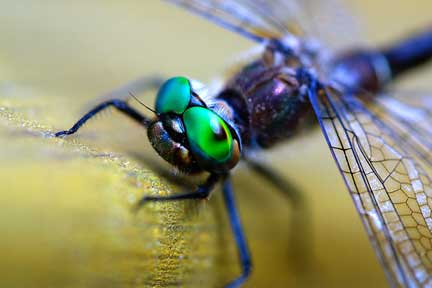 That was then and this is 2001. With a trip to a nature preserve and National Park in Costa Rica planned for February 2001, I decided that it was time to revisit doing macro nature work; develop some new skills and pick up some state-of-the art gear. The main purpose on that trip was to be tropical birds, monkeys and other large fauna, probably with long lenses a great deal of the time. But when there are no likely targets around I thought that the opportunities for interesting macro work should be extensive.

As a Canon EOS owner there are two products that immediately stand out‚ the Canon100mm f/2.8 USM Macro lens and the Macro Ring Lite MR-14EX flash.

The relatively new 100mm f/2.8 Macro USM is a replacement for the older non-USM lens. It is only slightly more expensive and well worth the additional price. Typically macro lenses range from 50mm‚ 180mm. The shorter focal length usually presents problems because getting as close as 1:1 means getting physically very close to the subject‚ something that butterflies and other critters can take objection to. (One also tends to cast ones own shadow on the subject matter the closer one physically gets). A 180mm macro is a great choice for this reason, but they are slower and more difficult to hand-hold. I chose the 100mm as a compromise. This lens features internal focusing, and importantly the lens does not increase in physical length as one gets closer.

It’s worth noting that at macro focusing distances autofocus becomes more of a hindrance than a benefit. Turn it off and use manual focus, and if you’re hand holding use the focus ring to establish magnification and then actually focus by moving back and forth slightly. Depth of field is of course minimal so a tripod is usually called for.

The MR-14EX is quite new and incorporates Canon’s latest automated E-TTL technology. Frankly, it makes doing macro nature photography a breeze, especially with a Canon EOS 1V,EOS-3 or D30

A ring-lite allows you to illuminate small objects with shadowless flash, even at the closest possible distances. The MR-14EX has some unique capabilities that bear mentioning. Firstly, the ring has separate left and right flash tubes, and the light level can be set independently for each up to a 6-stop range. This permits creating modeled lighting effects. Speaking of which, the flash head has incandescent modeling lights built-in, something that I haven’t seen before in a battery-operated ring-lite.

This unit can act as either a wireless slave or a master flash in a multi-flash system. Very neat and flexible. 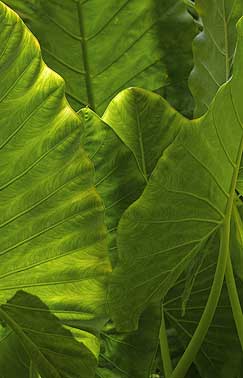 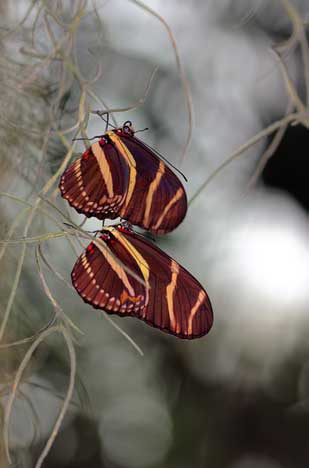 On a shoot in the Niagara Peninsula region of Southwestern Ontario while testing the then new Canon D60, I spent an hour or so photographing butterfly at the Niagara Parks Butterfly Conservatory. The combination of the 100mm macro lens and the MR-14EX ringlight were ideal for this sort of mixed daylight / flash shooting. You can read more about this shoot and the techniques used in my article titled Butterflies.