Where the HECK is Digital B&W?!? 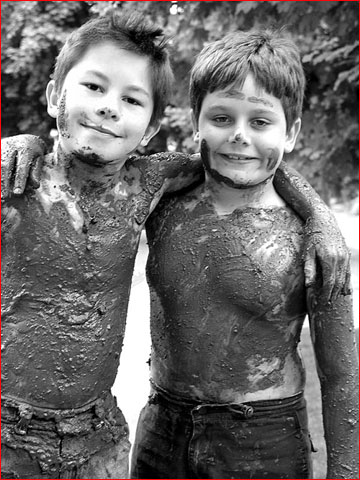 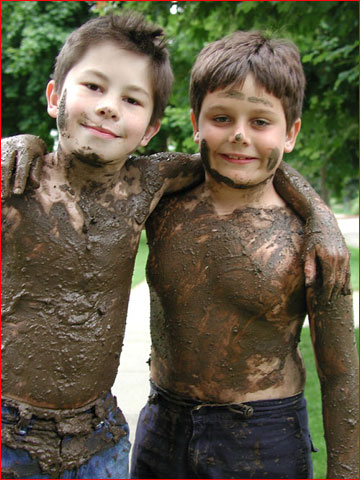 I’m a CIT (Curmudgeon-in-Training), so I have lots of pet peeves. One of the worst of them is the Reagan-era Neoconservative nostrum that holds that “the market is a perfect engine.” That tidbit of nitwit non-wisdom is just so obviously and blatantly wrong I can hardly stand it.

One of the ways it’s wrong is what one might call “the tyranny of the majority.” Basically, this means that we all get what most people want. If 98% of car buyers wanted blue cars, for instance, people who preferred yellow ones would be out of luck. Most people are not connoisseurs of any particular consumer good, so, when we need something, we find out what other people buy, and what’s available, and we buy that. The trouble with this is that a few peopleareconnoisseurs, and they are often out of luck, because, by definition, they’re a small minority — in some casestoosmall for any manufacturer to profitably service. Another aspect of this is that high quality costs a lot of money, and people who have lots of money to spend on any one type of good are always relatively few in number. Again, they are sometimes too small a group to be catered to. One of the most certain ways of going out of business is to try to make any given widget to the highest possible quality standards in very small numbers. And if your high-quality widget doesn’t have popularity or prestige going for it, well, forget it. But then what are people whowantwidgets of high quality to do?

If you doubt any of this, try shopping for a left-handed digicam. This isn’t a trivial matter — many people are lefties by preference, and can use their right hands in a pinch. To them the lack of left-handed equipment is just an inconvenience and an annoyance. But consider those who are left handed bynecessitybecause of stroke or impairment or some other infirmity. What aretheysupposed to do? In the old days, there were Super-8 movie cameras (and even one medium-format camera, a Linhof with a Rodenstock lens) that had pistol-grip handles underneath the bodies and were symmetrical on both sides. Not only could Super-8’s be used with equal ease by right- and left-handed people, but they were equally useful for right- and left-eyedpeople too. To date there is not one single left-handed or “equal opportunity” digicam on the market. Why? Well, because most people are right-handed, of course. It’s the tyranny of the majority again.

Another way this plays out these days is that the “tyrannical” market wants color. Most clients prefer it, most consumers take it for granted. Thus, most digital cameras, and printers, and programs take color as a given.

So, okay. The only trouble with that is that a small minority of us happen to be black-and-white photographers. I came of age at the very tail end of the era in which B&W was considered the only “serious” artistic medium. Worse, IpreferB&W. Virtually all my work is black-and-white, and, believe it or not, that’s by intention.

It’s not like we B&W guys are exactly hurting. Fortunately for us, the long period in which B&W was popular and preferred has bequeathed to us a shrinking but still perfectly adequate portfolio of conventional materials. We can still get B&W films, chemicals, and paper. And actually, the current tumult towards digital has set off a giant darkroom sell-off, so if you know what to look for there are unprecedented bargains to be had right now in conventional darkroom equipment.

And I understand perfectly why we haven’t gotten a feasible and decently supported B&W digital camera. It’s not like it would be hard to make one, mind you; on the contrary, it would be easy, since each picture element would only have to record luminance value, you’d need only a quarter as many pixels for roughly the same resolution as a color sensor, and the interpretive algorithms could be much simpler as well. But not enough people want one. And, besides, you can convert color files to monochrome. Not ideally, but it can be done. So no digital B&W cameras. Okay, I understand all that.

I sound pretty reasonable about all this, don’t I? Patient and understanding, right? That slapping sound you hear is me, reaching around to pat myself on the back for being so all-fired patient and reasonable.

Is That So Much To Ask?

However, my patience only goes so far. And where digital inkjet printers are concerned, my patience is starting to wear mighty, mighty thin. The case for a “digital darkroom” for B&W is pretty strong: the desktop darkroom requires a printer hooked up to your computer; the traditional darkroom requires, well, a whole room, usually stuffed full of equipment. It’s a case of a little versus a lot. A digital darkroom makes a lot of sense in terms of efficiency. Of course, the oft-reiterated advantages of digital would apply to B&W as well: extended image control, the ability to use a wider variety of papers with various surfaces, reprints on demand with little or no setup time, and so forth. You’ve heard it all before.

Where B&W digital printing is concerned, the big persistent problem is output. Now, I know we’re still in the early days, and manufacturers, at least until this year or last year or maybe the year before that, were putting a lot of money into research and development, the pace of which was pell-mell. So I’ve waited. I’ve been waiting since the not-so-late 1990s. I’ve just assumed thatsomeday, somebody will come out with a really good dedicated black-and-white inkjet printer. Is that so much to ask?

— The technology is cheap. Heck, what’s needed? Four black inks and a good program. Any of the major inkjet printer manufacturers could get this done with one division tied behind its corporate hind…er, headquarters. A few engineers and a coupla weekends. It ain’t like I’m asking for a ride to the moon here.

— Inkjet printers already exist. It’s not like they’d have to start from the brainstorming stage. Even if the heads have to be redesigned for carbon-based inks (or something), it’s still a relatively minor matter from a hardware standpoint. Heck, they could probably use the very same printer units — just different inksets, managed from a different program.

Are you OUT there?

So have we gotten this very simple product yet? Nooooooo. How long have we been waiting patiently? A long, long, long time. We’re still waiting. Hello, Canon? Hello, HP? Hello, Epson? Are you out there? Are you listening? Do you know we exist?

I’m aware of the situation. I know the market in its perfect wisdom would rather go after the much larger color consumer cohort. I know we B&W people are a humble minority and have to stand off to the side behind the velvet ropes, waiting our turn. I’m perfectly resigned to all that.

But comeON. Enough is enough! We’ve been waiting for years, and we’re not asking for all that much. Just something to give us good output, easily and reliably, from scanned B&W negs or image files with the color removed. Foryearsnow we’ve been the poor stepchildren of the digital revolution, shunted aside in the netherworld of black-only printing, the infuriating Quadtone system, clogged ink heads, metamerism, discontinued printers, voided warrantees, kludgey workarounds — at the mercy of aftermarket inkmakers, questionable programs, and word-of-mouth instruction and guidance that’s difficult to sort and sift through.

We’re only a minority, but we deserve better. We really do. So where the heck is the dedicated B&W inkjet printer we need? It’s been long enough. It’s time.