In many respects focusing in the digital era is no different to focusing in the daguerreotype era or in the Tri-X era. The same optical laws apply and the things we choose to photograph, people and places in the main, are also pretty much unchanged. So why should we need a reappraisal of focusing guidelines and focusing techniques?

Firstly we’re tending to make bigger prints from sensors that are smaller than traditional negatives, so greater enlargements mean the focusing challenge is more demanding than ever before. And secondly there are now digital tools available that, for some shots at least, can significantly change the realities of focusing.

The basis of practical photographic focusing is the concept of a “depth of field”, a zone of acceptable quality that lies either side of a plane of sharp focus, and which extends or shrinks as you stop down or open up the aperture. If you’re unclear about this there’s a good “depth of field primer” available here and a follow-up here.

The problem is that the guidelines for what constitutes an “acceptable” depth of field were laid down in the 1930’s, when the photographic quality chain was altogether looser, and contact prints were just as common as enlargements. The depth of field scales that you’ll find engraved on many 35mm camera lenses will indeed deliver superb quality, but only up to about a 6”x4” print. Acceptable quality is obtainable up to about a 12”x8” print. After that quality at the limits of depth of field spirals downhill.

In other words the depth of field scales on 35mm camera lenses assume enlargements of roughly x4 to x8. At the limit of these scales an infinitesimal point in the subject is recorded on the sensor or negative as a blurry patch 25-30 microns across. A x4 to x8 enlargement obviously grows this blurry patch to between 100 and 240 microns. To put this in context a human hair is about 70 to 80 microns thick. So a blur with a diameter of 100 to 240 microns might look anywhere from “tack sharp” to “okay”, depending on your eyesight and just how picky you are!

But the current digital convention is to largely ignore this enlargement based approach and instead concentrate on pixel count. The constant question on any photographic forum is, “how big can I print with camera XYZ?”

The usual answer is to divide the pixel dimensions by something like 240, to get the maximum “high quality” print dimensions in inches. So for a camera like the Nikon D2X, with a sensor of 4288 x 2848 pixels, current thinking would argue an 18” x 12” print is entirely possible. I’ve seen truly gorgeous prints of these dimensions from this camera, so there’s certainly some truth in this approach.

However, it’s only true if depth of field isn’t an issue. For example a landscape where the entire subject is at infinity, or a portrait where you only need one eye and a tuft of eyelashes to be critically sharp. But if you need the full depth of field implied by the scales engraved on the lens then you’re back to just x4 to x8 enlargements, the same guidelines that we inherited from the designers of the earliest Leica. And in the case of a D2X or a Canon 30D this means rather less impressive print sizes, say 4” x 2 1/2” for really fine quality, up to about 8” x 5 1/2” for acceptable quality.

If you want front to back sharpness, say for a group portrait where each face needs to be rendered distinctly, or a landscape with clarity from foreground blades of grass to small branches and twigs on the skyline, then depth of field and enlargement will be a bigger constraint on your photography than pixel count or lens quality.

And in practice life’s even tougher for today’s photographer, because most auto focus lenses, and virtually all zooms, have only the evolutionary vestiges of a depth of field scale. So we’re pretty much operating in the dark when it comes to allocating that precious depth of field within the image.

Does it actually matter? Well, if you want big prints with front-to-back sharpness then, yes, it really does matter.

The following shots illustrate why. They’re unsharpened 100% crops taken with a Phase One P25 digital back on a Hasselblad with a 100mm lens. Here’s the lens configured as it was for these shots, the subject is exactly 10 meters away and the aperture is f8. 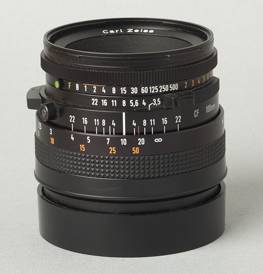 This is what the shot looks like when correctly focused. 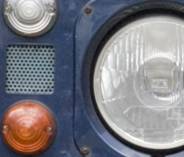 But if we turn the focus ring so that the 10m mark is aligned with the nearer f4 position (so still two f stops inside the “acceptable” depth of field) this is what happens to the image.

If you’re confused at what’s changed then look again at the earlier photograph of the lens and it will make the process clearer. In my subjective opinion this quality reduction is greater than the difference I’d expect between a top quality prime lens under ideal conditions and a basic “kit zoom” used hand-held. In other words, nothing in photography destroys quality faster than departing from the plane of exact focus. 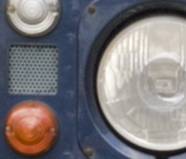 Turning the focus ring further, so that the 10m mark is opposite the f5.6 position delivers this. 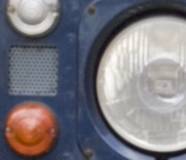 And finally, this shot was taken after moving the 10m focus to the f8 position, which is the theoretical limit of “acceptable” depth of field.

Not a pretty sight, especially as no amount of sharpening will recover the lost information.

But maybe this only applies to longer lenses and medium format cameras? If you use a 35mm camera, especially with wide angles at longer distances for landscape photography, then surely the situation isn’t so bad?

I had the opportunity recently to evaluate a Contax 25mm manual focus lens on a Canon 1Ds MkII using a Contax-to-Canon adaptor. The advantage of the Contax 25mm lens is that it has a traditional depth of field scale, so I could repeat the same experiment. Here are some more 100% crops; again completely unsharpened. The subject is about 100 meters away, the Contax 25mm is focused at infinity, and the aperture is f8.

You can see how quality quickly declines as the infinity focus mark is turned nearer, first to the f2.8 position, then f4, then f5.6, and finally to the f8 position that denotes the theoretical limit of “acceptable” quality.

Today’s big print culture means acceptable depth of field has shrunk dramatically. The old notions about hyperfocal focusing and depth of field scales based on a thirty micron circle of confusion, are redundant if you’re aiming at high quality A3 or larger prints. The fact is that current digital sensors and modern film emulsions can out resolve these standards by x5 or even more.

But isn’t this terminally restrictive, particularly for landscape photography?

There’s no silver bullet solution to the dilemma of big prints from small sensors, but today’s photographer has some weapons in the armoury. The next part of this article will look at three alternative focusing strategies that could spell the difference between success and failure.