I shoot colour transparency film almost exclusively andFuji Provia 100 F– RDPIII – is my primary film. It’s arguably the sharpest, finest grained color film on the market. Like its predecessor RDPII, Provia 100 speed film has a very neutral colour balance and moderate contrast. I rarely use Velvia because if I ever need saturated colours its easy to create them in PhotoShop.

Historically I’ve always shot reversal film because Cibachrome / Ilfochrome was my favourite print process. When I switched to digital image processing a few years ago I stuck with transparency film because it scans much more readily than colour negative film and is easier to file, store and edit than negatives. Of course it’s well known that editors prefer viewing transparencies as well.

Because my specialty is landscape photography I seldom use anything faster than ISO 100 speed film. Recently though I’ve decided to expand my shooting activities and try my hand at more nature work. My travels take me to some exotic locals and frequently I find myself in very poor light conditions with nature photo opportunities. Therefore I decided to find out what 400 speed color film solutions were available.

I selected six films to test. My benchmark for grain, contrast and colour was, as noted above, Provia 100 F. The other films tested (in no particular order) were…

I had asked a number of photographers of my acquaintance as well as some on-line what their preferred ISO 400 solution was and these were the ones suggested. Obviously there were a number of differing opinions which made doing my own testing a necessity.

I decided to shoot some wildlife and a colour chart with each roll. The chart gave me no problems standing still, but some Canada geese at a local lakeside park refused to hold still for the 30 minutes or so that the testing took, so the same subjects are not in every shot. The test day was heavily overcast and the temperature was around freezing. ISO 400 basic exposure was 1/250 sec @ f/4, not too different from the sort of light conditions that I encounter with the long lenses needed for much nature work.

Here is the benchmark; Provia 100F rated normally at ISO 100. All shots were taken with a Canon EOS3 and 70~200mm f/2.8L lens, @ 200mm. All metering was with the cameras built-in matrix metering. Processing was done byBGM Imaging, one of the large professional pro labs in Toronto. All scanning was done with anImacon FlexTight Photo.

In the color chart frames I simply selected the white square with the scanning software’s white-point eye dropper. No other colour corrections were applied either in the scanning software or in PhotoShop. This allows for a fair uncorrected colour comparison. This allows comparison of the films contrast range and colour rendition characteristics. The only digital control applied was Unsharp Masking.

Look at the light and medium gray squares for any colour casts and at the black square to judge contrast rendition.

The photographs of the geese have had normal image processing tools applied at the scanning stage and again in Photoshop. Each frame was scanned full frame as a 37MB file and then a small section was cropped at PhotoShop’sActual Pixelsmagnification. This is the highest resolution that a 3200 DPI scan can produce before pixelation occurs.

Here is a typical full-frame for comparison purposes. The red square shows the typical magnification used. This is equivalent to roughly a 10 X 14" print at 300DPI or a 30 X 44" print at the Web’s 96 DPI resolution. All frames had a comparable section cropped for grain evaluation. Remember, we’re looking for comparative grain, not lens resolution. 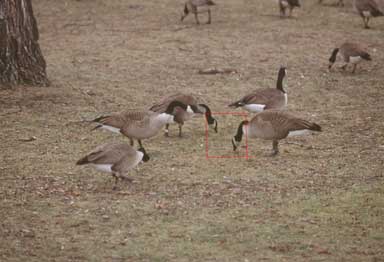 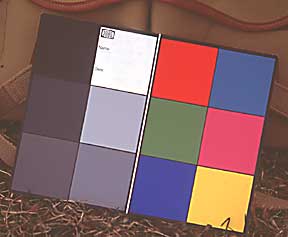 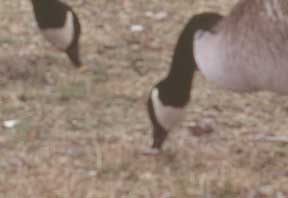 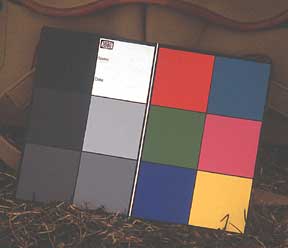 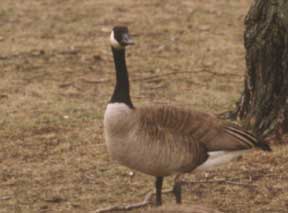 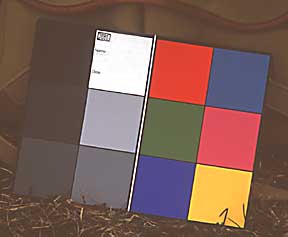 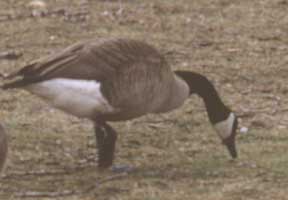 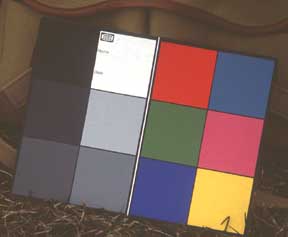 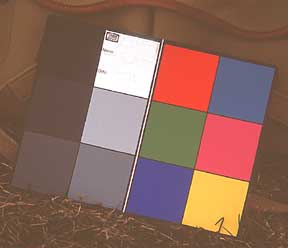 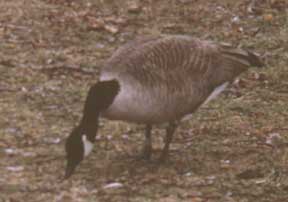 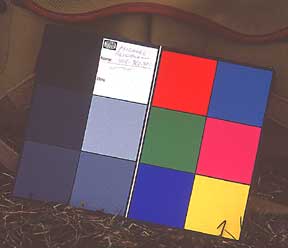 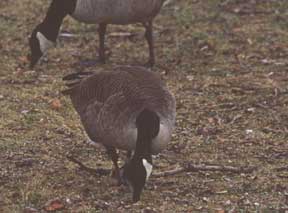 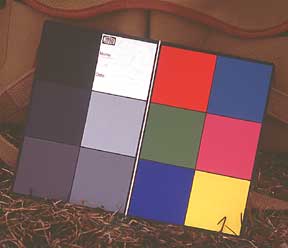 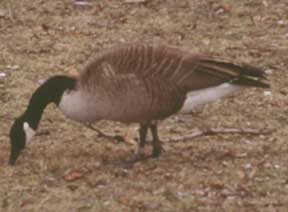 This is a choice of the lesser of six evils. None of them is great. On the other hand none was really terrible. If you need true ISO 400 speed in a colour transparency film here they are, ranked in order of my preference. Please note that these are subjective evaluations. I realize that the frames with the geese that I’ve used to evaluate graininess are too small and too low-res here on the web for you to judge much yourself. You’ll simply have to trust my observations.

This was an out of-left-field shocker. Colour saturation is low, but grain is very low and contrast was fine. Subjectively this film performed the best at ISO 400 of all the films tested. (The low colour saturation, its only downside at ISO 400, can be easily corrected in PhotoShop).

I’ve used this film before at ISO 100 and was not impressed with it when used at that speed. But at ISO 400 it did very well‚ just behind the Agfa emulsion. I have a dozen rolls in inventory and will have no problem using them up‚ before shifting to Agfa’s RSXII 200 for my future ISO 400 needs.

This is by far the grainiest of the size films tested, but ranked very well in terms of contrast, colour balance and saturation. For this reason I’m rating it higher than the films below, but not by much.

I was surprised by how well this film did. If you have some in your bag and all-of-a-sudden need an ISO 400 film, don’t hesitate to re-rate it and have it pushed to 400.

Grain is quite low and shadow detail and saturation aren’t bad. Just not as good as the films above.

This film is let down by its graininess in comparison to the other films. Not quite as bad as Provia 400, it looses out by a nose. (I told you that this was subjective).

Many labs charge extra for push processing.BMG Imaging, the lab I use in Toronto, does not but be aware that pushing can cost anywhere from $1‚ $3 per stop depending on the lab used.

Fuji RMS 100/1000 needs additional first developer processing time when pushed. Good pro labs know this. Make sure that yours does.

I know that there are some great ISO 400 and 800 colour negative films. Fuji NHG emulsions are among the finest, but as I mentioned above I prefer working with transparency material for a number of reasons.

Finally, please be aware that I was not looking to evaluate every possible variable. This test was done for my own edification, and given that I don’t have infinite time or resources I am satisfied that I learned what I set out to. I know that some films would have done better at ISO 320, and there are certainly other films that could have been considered. Too much to do, too little time.

So, while I’m pleased to hear from you regarding this test,‚ preferably on ourDiscussion Forum ‚ please don’t ask me to conduct a test on some other film or on one of these films in a different way. Everything that I’ve discovered on this topic is in this article. My suggestion, as always, is that you conduct your own tests with your own camera system, darkroom, lab and image processing system.

Fuji Film(enter400Fas a search term on the Fuji site)in the United States has quietly introduced the long rumouredProvia 400F. It isn’t yet available from eitherCalumetorB&H, but should be arriving at retailers soon. Reports from Japan have shown this film to be the finest grained, lowest contrast ISO 400 slide film yet. I’ll have a full test as soon as it becomes available.

This subject is featured inIssue #1of The Luminous Landscape Video Journal.  Canon EOS D30 If you are a newcomer to this site you should briefly know