Panasonic is coming on strong in the digital camera market with quite a number of new camera introductions in Q3, 2006. TheL1 DSLRis a brand new offering, while two others which caught my eye are refreshes of previous versions. The FZ50 is an update to the popular FZ-30, while the LX2 is a refresh of the unique LX1.

The following are quick-take reviews of these two new cameras. Not full reviews, not even field reports, but simply my impressions after spending a week of casual shooting with both cameras. 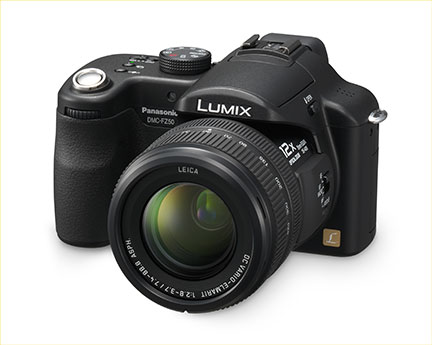 I’ve become a big fan of the so-called super-telephoto genre of digicams. I recently reviewed theCanon Powershot S3 IS, and found its long lens (along with high quality movie mode) to be very amenable to travel and snapshot shooting.

There’s an old saying among photography instructors that "if your picture aren’t good enough, you’re not close enough". With cameras having the equivalent of a 400mm+ lens at the long end, in something that bulks less than a shoulder launched missile, it is really possible to get in good and tight without intimidating the subjects. 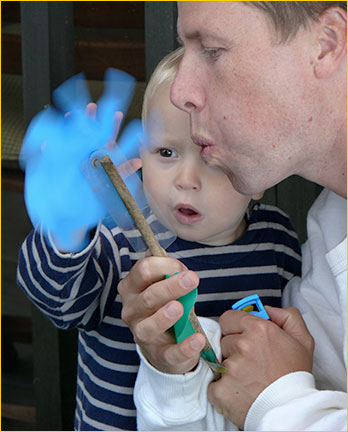 The family snapshot above is a case in point. I was far enough away so as not to be the distracting uncle with a camera, yet able to get in tight, eliminating anything extraneous from the frame.

Which brings us to the lens. Unlike the 12X strictly electric zoom and focus lens with a similar focal length on the Canon S3, the FZ-50’s lens has fully manual zoom, and focus if desired. Ergonomically this is very much to my liking. I find that electronic zooms seem to always overshoot or undershoot, and the FZ-50’s manual focus is first rate, with a very nice magnified central portion to the image. But, though of comparable focal length, the lens on the FZ-50 is physically much larger than that on the S3, and therein lies the trade-off. I wish I could have the best of both worlds – small size and manual control, but it seems that these are inimical.

As for the rest of the camera’s features, they are very similar to those of its predecessor, the FZ-30, which you can read about in detail on numerous web reviews, including the one atDPReview. The big difference, of course, is that the FZ-50 ups the anti to 10 Megapixels. This is a tiny pixel pitch for such a small sensor. No one will deny that the ability to make big prints or crop extensively is appealing to most people, both of which a high-res sensor allows. But the trade-off with small sensors having high pixel pitch is noise, and frankly Panasonic does not have a sterling reputation in this area.

The company has made the move to a 10MP sensor in the FZ-50 as well as the LX2 (discussed below) along with an upgrade to its built-in image processing chip, dubbed theVenus Engine III. How well does it do its job?

The answer to the question about noise with the new 10MP chip and Venus III is that it’s not as good as one would wish nor as bad as many had feared. Below is a full frame of my long-suffering test subject Sam, and below are 100% crops at each available ISO. (I did not try the special mode which gives ISO 3200. I didn’t have the heart). 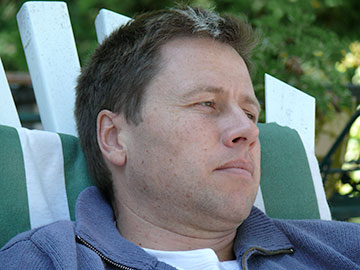 As can be seen below, ISO 100 is clean, though not without obvious smoothing artifacts when viewed at 100%. (All shots were taken with JPG settings to their lowest levels, and with no post processing). At ISO 200 noise is still suppressed, but artifacting starts to become more noticeable as detail continues to become smoothed over. By ISO 400 noise is evident, though not terrible, as is an even greater amount of detail smoothing and artifacting due to noise reduction (look at the eyelashes). ISO 800 is simply unacceptable to my eye, and 1600 isn’t worth discussing. 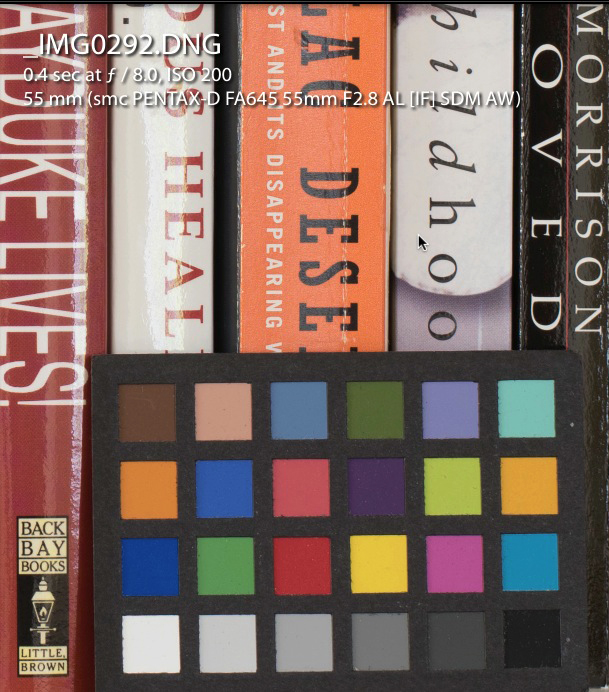 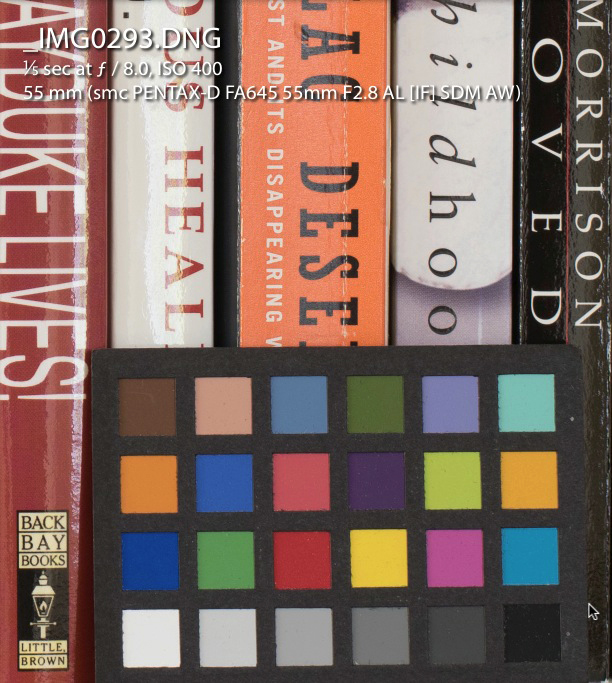 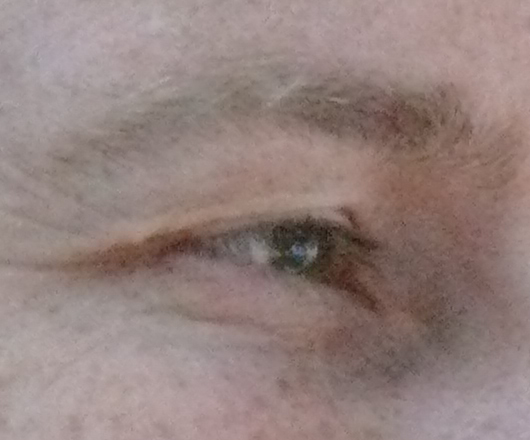 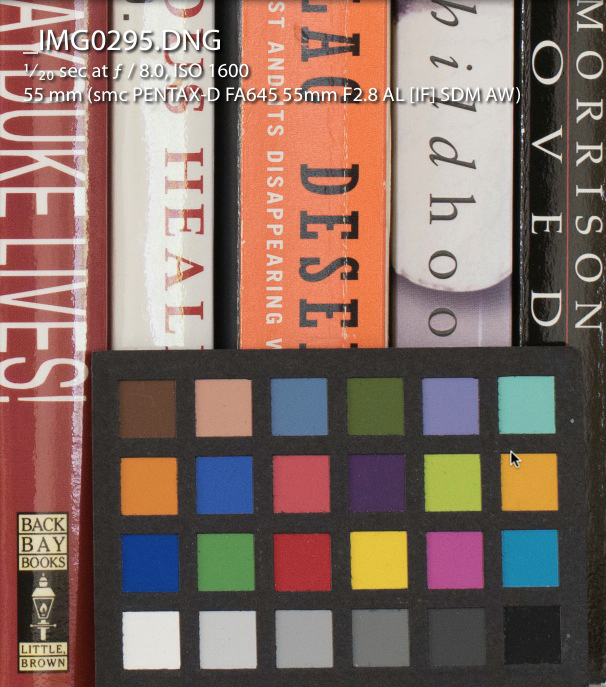 Panasonic has clearly decided that there are customers who want higher resolution, and who will accept a trade-off of either noise or detail loss to gain it. The move from the FX-30’s 8MP to the FX-50’s 10MP has been handled well by Venus III, but it still means that by comparison with cameras in the 5-6MP range images are either noisier or less detailed due to noise smoothing.

One of the appeals of this genre of digicam is that they can also shoot decent quality SD video. That produced by the FZ-50 is "OK", but not quite of the same quality as that from the Canon S3, which rivals low end dedicated video cameras.

Since this is simply a quick take on the FZ-50, I have not explored the myriad feature of this camera. My comments therefore are intended more for the person who is already familiar with either the FZ-30 or at least this type of camera in general.

But, looking at the FZ-50 as a whole, what we have is a medium sized digicam of the super-zoom variety. In exchange for its almost DSLR size one gets a very nice 12X zoom lens and a whole raft of contemporary features. The trade off of size is made against the benefit of manual zoom control. The jump from 8MP to 10MP over its predecessor is compensated by its new image processing engine. The quality difference is therefore pretty much a toss, though to my eye leaving something behind when compared with similar featured cameras having lower pixel count chips.

I was pleased to note that the FZ-50 does raw files, which the Canon S3 does not. I was unable to do any testing of these as the copy of SilkyPix which came with the camera for testing did not support the FZ-50, though I’m sure that it will once cameras are in consumer’s hands. 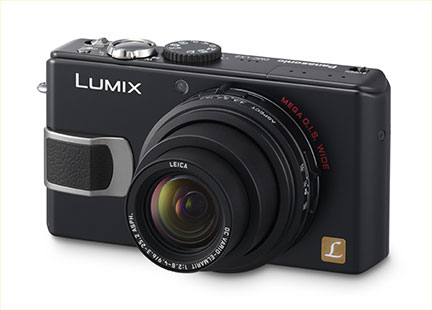 One of my favourite digicams of the past couple of years was thePanasonic LX1. It features a unique true 16:9 wide format sensor (not just a crop), a very nice zoom lens, and image stabilization, all in a form factor that allows it to literally fit in a shirt pocket.

Panasonic has now updated this camera to the LX-2. The most pertinent improvements include a larger wide aspect ratio rear LCD screen and an increase in sensor resolution to 10MP.

In use the LX-2 remains a real pleasure to use – small, light and responsive. Image quality ranges from comparable to slightly lower that that of the LX-1, and similar to what has been reported from the FZ-50 above in terms of noise and smoothing artifacts at various ISO settings. 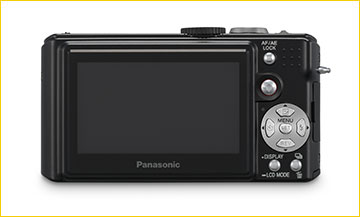 There are a great many digicams on the market, but for anyone who appreciates wide aspect ratio shooting, the LX-2 is an excellent choice. It also looks particularly smart in silver finish.

Some Thoughts on Sensor Size and Noise

During the past roughly 7 years, as the digital capture side of photographic technology has taken hold and flourished, there has been a constant push by manufacturers and a pull by consumers for more megapixels. This is no bad thing, in and of itself. More pixels means more resolution, bigger prints sizes and a greater ability to crop.

In the DSLR environment this continues to be a worthwhile pursuit. People shooting with these cameras tend to be pros or advanced amateurs who need what higher pixel count has to offer. And, at about 10-12MP on APS sized sensors we are at a sort of balance point – enough resolution for most applications vs clean and low noise images at most ISO settings.

But high resolution (better to call themhigh pixel count) chips in digicams are another thing. The 10MP sensor in the Panasonic FZ-50 is 7.18 X 5.32mm in size, while the 10MP sensor in the 10MP Nikon D80, for example, is 23 X 15.8mm. Do the math. The Nikon’s 10MP chip has 373 sq/mm of surface area while the one in the Panasonic has 38 sq/mm. This gives the Nikon’s sensor nearly 10X the recording area for the same number of pixels.

So what do we get as a result when a digicam tries to match megapixel count with a DSLR? Noise, or possibly worse – noise reduction artifacts.

One has to ask – to whose benefit is it to have more megapixels in a digicam? I doubt that many consumers are actually asking for it. Photographers with digicams are unlikely to want to make 13X19" prints very often. Rather, the people who use digicams typically will make wallet sized prints, or at most the occasional 8X10" of their best shots. For this 5MP or 6MP cameras are sufficient, and produce much higher image quality in moderate to small prints.

It seems to me that the race to make digicams with pixel counts equivalent to current DSLRs is one being fueled by camera maker’s marketing departments. Of course the naive consumer plays right into their hands. If camera A has 10MP and camera B has 10MP, then other factors aside they must be pretty similar – right? Certainly standing at the camera counter holding a 10MP DSLR in one hand and a 10MP super-zoom digicam in the other, the uninformed consumer won’t understand that one has a sensor 10X the area of the other, and the salesman likely won’t explain this or possibly even fully appreciate it himself.

Far be it from me to tell camera maker’s how to run their business, but isn’t it about time that this sillyness stop? Cameras like the two digicams reviewed on this page have, in my opinion, pushed too far in terms of pixel count. Their 8MP predecessors, the FZ-30 and LX-1 where recognized as noisy cameras, and now we have upped the stakes to 10MP. Yes, Panasonic has provided its new Venus Engine III, which purports to produce lower noise images. But to my eye, all that it does is allow this new generation of cameras to provide a higher pixel count with comparable noise to before. In other words, no real net gain for the consumer except for the ability to make somewhat larger prints, which he or she are unlikely to do all that often.

Wouldn’t it have made more sense to use the Venus III technology to make the current 8MP cameras less noisy? I think so. But then, that doesn’t sound as sexy as being able to sell more megapixels, now does it?

Anyone who bought aCanon iPF5000printer and who also uses an Intel Mac has had to suffer through the lack of a printer driver. TheCanon 16