Odds and Ends (and More About Digital B&W)

Good morning! This week’s column is mainly housekeeping — I hope you don’t mind. It’s August, the dog days for those of us who live where there are four seasons. Many of you are on vacation, or leaving on vacation soon, or just getting back from vacation, and that’s the first order of housekeeping: I’m leaving town, theoretically for two weeks, and will be out of e-mail range until the middle of August. So there won’t be an SMP for the next two weeks, and, if you write to comment, complain, or order something, I won’t be able to help until after I get back and dig out.

For the first time, I’m genuinely concerned about the “digging out” part. I now get so much spam that it’s threatening to interfere with the way I communicate with people and the way I do business. I wonder, and worry about, how many garbage e-mails I’ll have in my in-box when I return. Five hundred? A thousand? It could be more. Why do we allow this? I do my best to turn it off, but it’s like fighting a flood with sandbags. As ‘netizens, we’ve just got to do something about spam. Somewhere, somehow, I hope someone with at least a little power to influence the World is attending to this ever-worsening problem. I’ll pray for them. 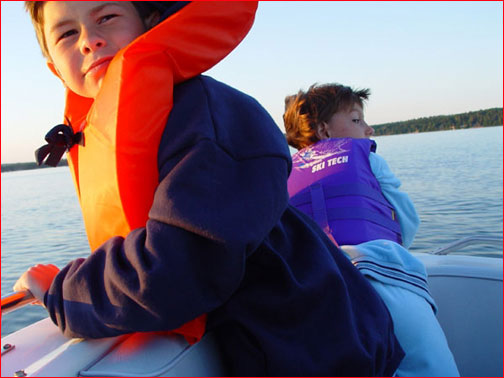 I got a lot of messages (thegoodkind) after last week’s column. About 40 people wrote. Many people wondered whether I’d heard about this or that — the Kodak DCS 760M, Piezography, ColorByte’s ImagePrint RIP, the 2200, Lyson Quad Black, or some other system, inkset, or piece of equipment. Some of them I knew about and some of them I didn’t. I didn’t want to name specific companies last week, at least companies of the smaller, alternative variety. I haven’t tried most of these things, and hearsay evidence isn’t a good enough foundation for criticizing a company that might actually care. Unless I’ve tried something myself, I’m not really comfortable judging it by name.

Perhaps predictably, I heard from more people who agreed than disagreed with what I had to say. Only four people who wrote professed to be totally happy with the way they make black-and-white prints from digital files. One uses an Epson 1160 with hand-injected MIS inks, one sends digital files to Costco for printing on their boss Noritsus, and one thinks native 2200 prints look pretty good. (The first two are veteran photographers with many decades of experience.) I also heard from people who had spent more than a thousand dollars and still haven’t arrived at a really satisfying methodology; who have quit B&W inkjet printing altogether because of clogging problems; and many who, like me, are simply still watching, waiting, and wanting.

The biggest misunderstanding seemed to from the few e-mailers who felt like I was saying that nobody is doing good work in B&W. My column was only intended to bemoan the lack of a set-and-forget solution directly from the manufacturers. The problem I hear repeatedly and endlessly from photographers all over the world is that the expense and headaches of setting up a customized solution to their B&W printing needs often outweighs the benefits. Obviously, dedicated artists, computer and printing experts, and labs or custom printmakers can overcome the problems; there are plenty of customateliersthat can make great B&W prints. But I wasn’t talking about that. Far more often what I hear from amateur photographers is that they’re experiencing various problems, or that it’s difficult for them to know which way they should go without actually trying the alternatives for themselves. There are dozens if not hundreds of solutions and a thousand problems out there and nobody can truly answer the questions anybody else has because everybody’s setup is different. So, most typically, people have to go through a long, hard period of experimentation (and sometimes a lot of expense) to end up with something they’re satisfied with. 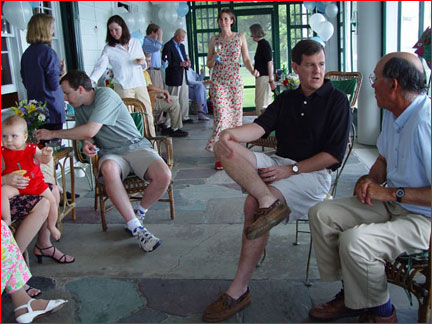 It’s just unnecessary, is all. Or at least it seems so, in my opinion.

Of course, depending on how far you go back, there might seem to be a certain justice in this. For many years, “the colors of photography were black and white,” to quote Robert Frank, and color photographers were the poor forgotten stepchildren of photography — consigned to darkened living rooms and noisy slide projectors, or in darkrooms following multiple-step processes and trying to control temperatures to within a quarter of a degree. Now, of course, the situation is reversed — color, liberated by digital and Adobe, is King, and B&W is the stepchild, finally.

One result of that column, however, was that I received a package in the mail from Lyson (one of the companies I hadn’t heard of prior to this past week), who sent me a few sample packs of papers and their Quad Black inks — which they make for Canon printers, the type I have. Since Lyson gives away the needed ICC profiles for free (downloadable from their site), all that’s really needed is the inks, paper, Photoshop, and a printer, and away you go. I probably won’t have time to test the system thoroughly until September, but rest assured I’ll give it the old college try and report on my stumblings and strivings in a future column. I fervently hope I come away with egg on my facevis-à-vislast week.

The book’s still not a book yet. Why is it that everything takes so much longer than it seems like it should? On the newsletter front, though, there’s better news — issue #5 is fresh off the presses as of a day or two ago, and they’re currently stacked high on the floor of my study. I got about a fifth of them mailed today, and three or four hundred more I’ll take with me on vacation to stuff’n’send. I’ll send the remainder when I get back. I can’t say when I’ll get to whom, but watch yer mailbox.

The pictures with this column are from where I’m going. Every year, I threaten to do a week-long photographers’ workshop there. But the logistics and the finances never seem to align properly. Perhaps, like Venus and Mars, they will someday.

Finally, I don’t usually do things like this in this column, but, since this is a housekeeping column, perhaps you’ll forgive me this time. I’m desperately looking for a –2 Canon Diopter S for the A series cameras. If you have one you don’t want, you’ve got me right where you want me — I’m your patsy. If you respond to this, though, do remember that I won’t be back in e-mail range until I get home.

So remember, no columns for the next two weeks — then I’ll get going again with a vengeance (I currently have five columns, count ‘em, five, in the works). See you later in the month. Until then, good light, and good luck.