Of Old Dogs and New Tricks

Of Old Dogs and New Tricks 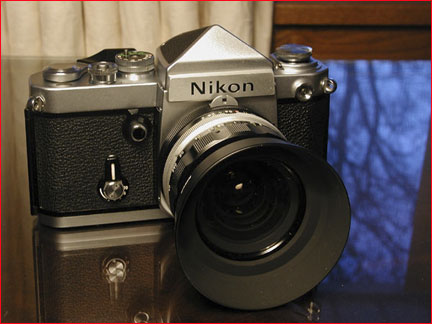 When I was young, I looked with bemused tolerance on older people who resisted new technologies and weren’t interested in keeping up with current developments. And yet many of the great enthusiasms of my youth are either dying, now, or transmogrifying horrifyingly before my very eyes:

*The trend to small, light, efficient cars (I loved sports cars as a kid, readCar & Driverlike it was scripture, and believed, O misguided soul that I was, that the future was bright): now dissolving in an appalling and remorseless trend towards vans and, worse, hulking "sport ultility vehicles" which are neither sporty nor particularly utilitarian. No sooner was the war against station wagons won than we get…this; our roadways clotted with bastardizedtrucks. Honestly, not in my wildest imaginings thirty years ago (as I soaked up Patrick Bedard in study hall) could I have conceived of anything as tasteless and misbegotten as a Lincoln Navigator.

*Movies as art: When I was a kid, I just took it for granted that film could be an art form. Legitimate auteurs were all over the place then, and even Hollywood movies as often as not had artistic integrity. Little did I foresee a day when six mega-conglomerates would control the entire media (yes, like Bond villains!) and "movies" would devolve into a morass of cliché, mannerism, excess, formula, and empty special effects. Just the fact that blockbuster movies are frequently based on old television shows or comic book characters seems absolutely surreal to me, like I’m living on the Planet of the Apes. Gee, I guess itwasjust entertainment after all. Excuse me while I fly over the cuckoo’s nest.

*Music listening as an activity, as an end in itself: Not only has vinyl been relegated to the margins (in my youth I was an enthusiastic record collector, and I still consider turntables to be among the most satisfying of toys), but the very concept of two-channel recorded music is beginning to atomize and disintegrate, overwhelmed by big screens, subsumed into a Babel of competing formats and various home entertainment super- and sub-cultures. The pure form of the art is, of course, acoustic music played on a two-channel stereo with vinyl and tubes. Now we are faced with decline on every quarter — decline in the record industry (long since corrupted anyway); decline in the home electronics industry; decline in two-channel listening; a decline of interest in jazz and classical; a decline in the very quality of the music, its popularity, its importance in the culture; even a decline — in the form of decadence — in audio as a hobby. And, as if to add insult to injury, it turns out that rock’n’roll, which we believed in almost like an ideology, was just a generational phenomenon, and not so important after all. Now it’s as mainstream as pro sports, and, in its own way, as quaint as ballroom dancing.Sheesh!

One thing that troubles me about hi-fi is that decadence I mentioned. Granted, the centrality and cultural vitality embodied in early rock-and-roll was generational, and we’re all getting older now. We have more money (some of us). We’re more sedentary, more settled. Audio equipment has evolved, and so have our stereos. But music is ageless and will never die, and there were hi-fi fanatics before Elvis ever gyrated his pelvis; and, although maybe it’s in retrenchment mode, the sprawling recording industry in its kaleidoscopic disarray still has pockets of vibrancy here and there.

So why is it decadent? I think the decadence takes two forms. First, stereos are now all about status. In the newest issue ofThe Absolute Sound, the "Golden Ear Awards" feature $20,000 preamps and $50,000 speakers. Silly. Second, when I was a kid, a good stereo meantmorepeople, not fewer. A stereo meant music, and music meant rock, and rock meant a party, and a party meant friends — friends drifting through the house, the dorm room, or the apartment, friends coming and going, friends dancing, drinking beer, talking, passing a joint, getting off on the jams. And friends included females. That’s why youwanteda cool stereo: to impress your friends, to provide a soundtrack for when you got lucky, and to better serve up tunes to the gatherings of your tribe(s). Somehow, none of that is what a cool stereo means any more. You can see it in the listening-room diagrams that sometimes grace the pages of the audio magazines: there in the plans is the object of all the attention, drawn plain to see: a single figure, assumed to be male, alone in a room, with his ass planted in a chair.

*Cameras: In the sunny weather and clear air of my younger years, all was simplicity, or so it seemed: there was only film, all serious photography was black & white, and all 35mm cameras were what I now call "MMM" (a term I coined myself that is sure not to catch on): manual, mechanical, and metal. Is there anything prettier than a Leica M3, or more honest than a Pentax Spotmatic? (A Spottie, if you’ve never encountered one, is as loyal and eager as a working Collie, as pure in form as a wooden sloop.) Even cheapo "Ph.D." cameras of the 1970s, such as the Canon Canonet, were, in their essence, aristocrats. But this old order has been afflicted by wave after wave of debasement. First there was the trend to point-and-shoots, which sprung up like choking kudzu in the 1980s. Then SLRs got transformed into "Wunderplastik" (a term coined by Bill Piece, and one thathascaught on) — polycarbonate gizmos timed with quartz and controlled by CPUs that focus themselves and buzz and whirr and bleep and go all inert when deprived of their batteries…blobbish black things bedecked with excrescences. And now, digital. The personal computer, which I had the arrogance to disdain in its infancy, is, as we speak, conquering my beloved photography at its very heart. Alas.

Aging acolyte that I am, I continue to support the local resistance. I drive a sporty car with a stick-shift (middle-aged dinosaur!), ferret through the foreign and classic sections at the local Blockbuster where nobody else is standing, even have a darkroom in my basement (well, okay, and one on my desktop, too, to make inkjet prints of the digicam pictures). I still buy vinyl records, if that doesn’t just put me beyond the pale.

The funny thing is, photography is actually different. It’s not like MP3, which I hate, or passenger vehicle bodies bolted to truck chasses, which I loathe, detest and despise, or commercial Hollywood drek, which I don’t exactly hate because it just makes me so very sad that I avoid it like BLACK DEATH. I don’t hate digital. I reallylikedigital.

Digital makes all kinds of sense. It’s more fun that film. It’s easier than film. It’s more controllable than film. It’s more ecologically sound than film. It might require more money, but it requires a lot less space than a darkroom does, and, let’s face it, for some people space is more precious than money. With digital it might even be easier to make better pictures — the advantages of instant feedback are that significant.

So why, then, do I keep resisting it? I’ve had a few different digicams in and out of the house, but I’ve resisted getting a DSLR. Actuallypurchasinga DSLR seems like it will be an admission that it’s what I’m going to be using for serious work. There’s nothing wrong with that, nothing threatening. It might even be something I would really enjoy. But even so, I find myself prowling eBay looking at Minolta X cameras and old Rolleis. It’s like a voice from above is commanding, "roll over, boy!" and I’m thinking, "huh? Roll over? We never did that when I was a puppy!"

For every man, in every age, the days of his youth were better because…well, because he was younger then. Things seemed clearer because they were new to us and we embraced them with open hearts. We look back now, and we idealize — flatulently, shamelessly, with sentiment dripping all over everywhere like maple syrup over pancakes. PMA, the Photo Marketing Association show in Las Vegas, is coming up on the 12th of this month. PMA has become an important venue for the North American introduction of new photo products. We expect a new Canon for photojournalists and a new Nikon to compete with the Digital Rebel, which wasthehot seller this past Christmas. I have a feeling I’m going to have to look very hard at the new digital camera introductions that come along at PMA. Maybe I need an D70. Maybe I need to stop haunting eBay so much. Maybe I just need to learn a new trick once in a while.

After all, rolling over can’t bethathard, can it?

Every week, I ask people who enjoyed this column to shoot me 53 cents for it. Of that, 32 cents goes to PayPal, and 21 cents goes to me. You’ve got to know I’m not getting rich 21 cents at a time, don’t you? So c’mon,contribute 53 measly cents. Where else can you get so much for your entertainment half dollar?

P.S. Oh, and about the illustration at the top of this page: it’s a c.1971 Nikon F2 with unmetered finder. But the picture of it was taken with a digital camera, of course.

EVOLVING YOUR PHOTOGRAPHY INTO CINEMATOGRAPHY. Episode 04 (of 5). – Camera Support

FacebookTweet  The goal of this educational series is to provide inspiration on how you can successfully transition your photography into cinematography.  Often, when photographers start

Vision Part 7-In Praise of Amateurs

Every artist was first an amateur.Ralph Waldo Emerson 1 - IntroductionAn amateur is someone who does something for the love of it. The wordamateuris French