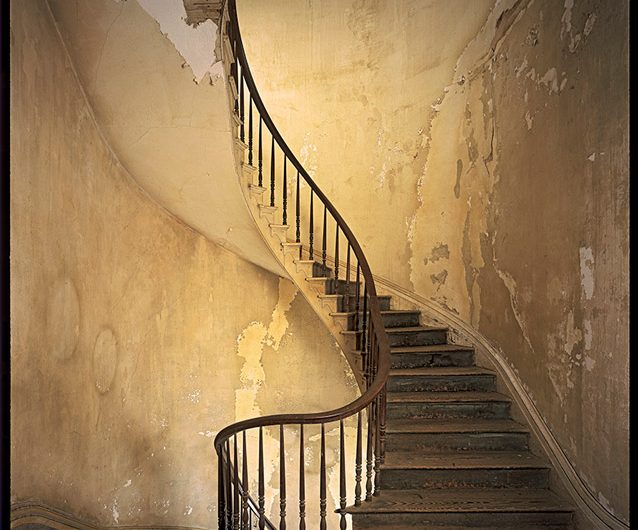 Photography Then, Now, and Tomorrow – Part 2 of 3

In happier times, when magazines were flourishing, Mike’s narrative of learning about photography through the big picture magazines, was much like mine, and was, I’m sure, replicated 1000s of times in other places. It wasn’t just about the feature stories either. Magazines were filled with illustrated ads, all shot by freelance photographers. They were virtual advertisements for a career in photography. Mike also talked about how the picture magazines weren’t his only youthful inspiration. He recalled that twice a year, Rich’s, a local Atlanta department store, held a book sale. He  purchased a copy of Cartier-Bresson’s The Decisive Moment off the remainder table for $1.99. He still has the title in his library today and has never been seriously tempted to sell it, though a signed first edition recently sold at auction for £13,750 (over $21,000US). Even as early as the 70s, this seminal classic was sought after by book collectors willing to pay well over its original retail price. Mike’s stories about photography in the 60s prompted me to ask him if he’d seen Michelangelo Antonioni’s 1966 classic Blow Up. “Three times,” he responded immediately. “It’s the only movie I ever saw three times in a movie theater.” In it actor David Hemmings plays Thomas, a London fashion photographer, based loosely on the actual London photographer David Bailey. And, as I recall, Thomas drove an MG (a British sports car at any rate) and he certainly carried a Nikon F in the glove box. He shot and shagged beautiful models by day and stayed up late at night making prints under the eerie glow of the safelight. He was hipness incarnate, in what was at that time, the hippest city on the planet. This was the height of the British invasion. Carnaby Street fashions were the rage. Twiggy, Penelope Tree, and Jean Shrimpton defined feminine beauty. And, on the silver screen, a  photographer was at the center of it all. Photography had arrived on the pop culture map in a big way, however superficial and stereotypical the depiction might now seem in hindsight. The plot of Blow Up, unlike its lead character, was hardly superficial. Between trend setting fashion shoots, Thomas pursued what all serious photographers do in their spare time— personal work. When he happens upon two lovers in the park he obsesses over capturing their trysting without interrupting the event itself. However, the woman notices him and seems particularly upset they are being photographed. She wants the film, but Thomas deceives her by giving her another roll of film than the one from the camera. He then processes the actual film, makes an enlargement, and sees in the grainy, not truly discernible detail of the shadows what appears to be a shooter and a dead body. What follows is a crisis of self-doubt combined with a sense of discovery of what had actually been going on while the lovers were frolicking. The seen and the unseen, art and reality, good and evil, become entangled in an indecipherable way and the act of photographing and the medium of photography were the embodiment of the existential entanglement.

Myko’s experiences in the early days of his career in New York were not that different from the London fashion scene portrayed a few years before in Blow-Up. It was high pressure. There was big money involved too. And a veneer of glamor coated the entire experience. Myko related the story of a very successful product photographer in New York, who chain smoked beneath the focusing cloth. One of the assistant’s most important jobs was to clamp an ash tray to the camera stand in a very precise position, so all the photographer had to do was reach out and flick his ashes into the tray without having to take his eye off the ground glass. When on one occasion, this wasn’t done properly, and the carpet was burned by errant cigarette ash, the assistant was fired on the spot. In another incident, the art director on the scene, aka the client, received a tongue lashing by the chain smoking photographer for inadvertently referring to product photographers as “vendors.” In no uncertain terms, the offending art director was informed that product photographers were not salesmen, but were artists. Salesmen, or not, come Christmas time the most successful advertising photographers lavished extraordinary gifts on the art directors who had hired them. Myko recalled how one photographer gave an art director a case of very expensive Scotch. A competing photographer gave the same art director a boat, delivered to his house on a trailer. The following year the agency issued a new policy: No art director could accept a gift of greater than $400 value from a “vendor.” A lot of money was being made in advertising photography and for good reason. Lighting highly reflective objects was difficult. Doing so in such a way that made them look opulent and as precious as fine jewels, was an art. You had to do everything on film and it had to be flawless. The piece of film that came out of the camera was delivered directly to the client. No darkroom finessing. No retouching. Add to this, the fact that color transparency film could be exceedingly difficult to work with, had very limited latitude, did not reproduce certain colors well, yet in large format had sufficient detail to reveal every flaw in the product, the lighting, the set up, etc., and one is left with a task very few practitioners could master. If you were one of them, you could charge a king’s ransom for your expertise. There’s a maxim here that applies to far more than photography. Difficult, demanding tasks are rewarded handsomely for those who do them well. Easy tasks, which anyone can do, are rewarded meagerly. As an established task becomes easier, thanks to technology or any other reason, the reward is likely to go down. The level of appreciation for the accomplishment is lessened too.

The commercial practice of photography in the 70s was not confined to globe trotting editorial photographers on assignment, or highly paid advertising and fashion photographers bribing art directors with gifts in exchange for the plum assignments. There were many of what I would describe as “workaday” jobs. Every town of even modest size had commercial labs running E-6 and C-41 lines and they offered printing services too. Traditional color photography fostered a completely different process culture than black and white. During the black and white era, photographers had their own darkroom. They prided themselves not just on their camera skills, but their darkroom skills too. Once color came to dominate the printed page and client expectations, very few photographers did their own color processing or printing. The technology was just not conducive to that. The transition from black/white to color in commercial photography resulted in the need for thousands of labs all over the country, not just in the main media and publishing centers like New York, Chicago, or Los Angeles. These businesses provided tens of thousands of jobs for photographers. They were not the most glamorous positions perhaps. Work was 9 to 5, many of the tasks were tedious and repetitive, and employees were working on other photographers’ images, and not their own. Nonetheless, lab work is how many photographers could support themselves and hone their skills. It’s how I started in the business. Carter Tomassi, who was photographing rock concerts for no pay in the 60s and 70s, supported himself with full time lab work. He also exhibited his work at Nexus and other galleries and received an NEA fellowship for his work as a photographer, but actually supported himself via post-production lab work, culminating in special effects work for feature length movies. He operated an animation camera for Colossal Pictures and then his own FX shop. Today, virtually the entire network of film and print labs, and all the jobs that came with them, have evaporated. They still exist in the major media centers and there are some print service businesses based on the new technologies of scanning and inkjet printing. But, the critical mass of lab businesses that thrived in the 70s through the 90s, is not there anymore. Neither are the jobs for freelance photographers where the requisite skill is “camera operator.” Everyone can operate a camera now. Everyone can take a competent photograph. You have to offer more than that. Hybridized interests and skills have long been a formula for a successful photographic career. Visual storytelling, travel, unusual obsessions, unique life experiences, writing and linguistic abilities, proficiency in other art media, and a host of other skills have been successfully folded into photographic careers. In the future, they are likely to be mandatory. Alex MacLean is a textbook example. If you have good camera skills, are a licensed pilot, and have a degree in architecture giving you a refined, trained perspective on the built environment, you have a uniquely marketable skill set. Alex has used this trifecta of skills to define himself as a photographer. In his entire career to this point, he has only one published photograph, which wasn’t taken from the air. A corollary to my theory that compensation decreases as the task becomes easier, is that success as a photographer is reliant not just on the relatively easy task of camera operation, but on the strength of your skills and obsessions beyond the world of photography, which can be combined with photography skills.

[To be continued. . .Check back tomorrow for the third post]

See all articles by Richard Sexton

Richard Sexton is a fine art and media photographer whose work has been published and exhibited worldwide. He has been published in magazines such as Abitare, Archetype, Louisiana Cultural Vistas, Photographer’s Forum, and View Camera. His most recent book, Creole World, published in 2014 by The Historic New Orleans Collection, is the 12th book he has authored, co-authored, or photographed. Previously published titles include a monograph, Terra Incognita: Photographs of America’s Third Coast, published by Chronicle Books, San Francisco, in 2007. Chronicle Books also published the best selling New Orleans: Elegance and Decadence in 1993 and Vestiges of Grandeur: The Plantations of Louisiana’s River Road in 1999. To date Sexton has over 300,000 books in print. In 1997 Sexton curated the exhibit Sidney Bechet: A World of Jazz 1897-1997, which commemorated the hundredth anniversary of the influential jazz musician’s birth. Sexton has had major solo museum exhibitions at the Frost Art Museum in Miami, FL, (2015); the Pensacola Museum of Art in Pensacola, FL (2015); The Historic New Orleans Collection (2014); the Polk Museum of Art in Lakeland, Florida (2014); the Walter Anderson Museum of Art in Ocean Springs, MS (2010); the Ogden Museum of Southern Art (2007 and 2005); among others. Sexton’s photographs are included in the permanent holdings of The Historic New Orleans Collection, New Orleans Museum of Art, Ogden Museum of Southern Art, LSU Museum of Art, Polk Museum of Art, Frost Art Museum, Pensacola Museum of Art, and numerous private collections. In 2014, Richard Sexton received the Michael P. Smith Award for Documentary Photography from the Louisiana Endowment for the Humanities. Also in 2014, he was an award recipient in American Photography magazine’s Latin America Fotografia 3 annual.