How Big is Too Small?

Ever since digital SLRs came on the scene almost a decade ago manufacturers and photographers have shared two goals — more pixels, and full frame coverage. In the late Spring of 2002 theContax N Digitalwas the first camera to give us full-frame coverage, but its digital capabilities were lacking in a number of areas.

TheCanon 1Dsis therefore really the first camera shipping that addresses professional photographer’s need for a full-frame sensor, since Canon is one of the two leading brands serving the pro market. But now the question of pixel count needs to be addressed. The 1Ds has an 11MP sensor. The forthcoming Kodak DCS 14n will have a 14MP sensor. Are these enough? Can we expect to see continued increases in pixel count?

I don’t think so, and here’s why. Pixel count and sensor size are not interlinked. Consider consumer digicams. These cameras now have 5 megapixel sensors, not far short of the 6 megapixel sensor count that one finds in DSLRs like the Canon D60, Nikon D100 and Fuji S2. But the digicams put this large number of sensors into tiny chips — smaller than your smallest fingernail, while current DSLRs have sensors that are much larger, about the size of an APS frame.

The way that digicams accomplish this is by making the individual pixels smaller; about 3-4 microns in size, vs. the 6-10 micron size of the individual pixels in a DSLR. One could well then assume that manufacturers would simply be able to put more pixels into a DSLR imaging chip and we’d end up with 25 MP full-frame cameras. 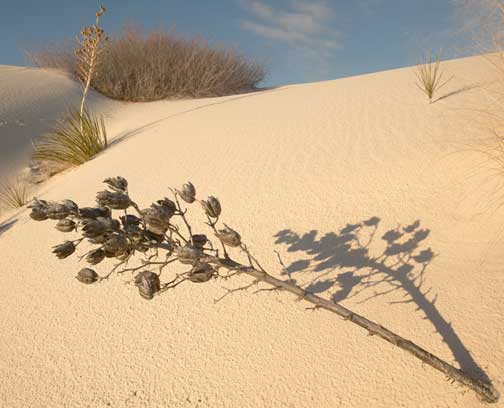 This will not be the case. At least not in the way that one would think. As many readers already know the smaller the individual pixel size the less sensitive they are to light, and the more susceptible to noise. So, one could end up with a 25MP full frame sensor, but its performance would be vastly inferior to what we have now. Small pixels have reduced sensitivity, lower dynamic range and higher noise. Smaller pixel sites also open themselves up to diffraction and other undesirable secondary effects.

But then there are those that say,sure — that’s today; but give the engineers time and they’ll address these issues. Possibly. But they won’t be able to get around the fact that the Canon 1Ds, for example, with its 8.8 micron pixels, is already capable of greater resolution that almost any 35mm format lens. This came to light when the first test reports started to appear, and every technical reviewer since has pointed out that the camera is able to record fine detail greater than standard resolution charts are able to display. My own pragmatic tests show that to really put this camera to the test I need to use the best lenses at their optimum apertures, otherwise the lenses let down the imaging chip.

Let’s consider the fact that in the analog world of film it has always been the case that the best lenses were capable of outresolving film. B&W photographers would experiment with specialized high contrast scientific films likeTech Panin an attempt to achieve resolution that matched the best lenses, while colour photographers really didn’t stand a chance due to the lower resolving capability of most colour films. One of the reasons for the popularity ofFuji Velviahas always been not its colour palette (which is over the top for many photographers) and not its fine grain (Fuji Provia 100F is finer) but its resolving power — the best there is in a colour transparency emulsion.

But no one has ever complained that even Velvia was better than their best lenses. But now we have such a situation. The Canon 1Ds can actually out-resolve the best lenses that Canon makes — and some of these are among the best there are.

So, this begs the question — will we be seeing DSLRs with greater pixel counts? My feeling is that we won’t; at least not by much. We already have full frame, so that avenue is closed, and we already are at or slightly exceeding the resolving power of most lenses, so there simply isn’t a need in that direction.

With the Canon 1Ds (and likely the Kodak DCS 14n, and others that will come along in the next year or so) we have imaging chips that are limited by the lenses available, not by a lack of pixels. And in the case of the 1Ds, combine this with extremely low noise, highly accurate colours and top-ranked shooting features and handling, and you have a camera that is unlikely to be topped for some time. 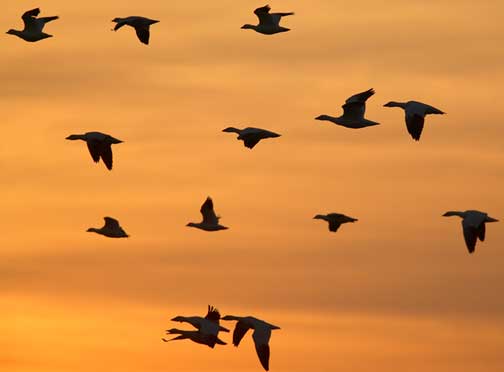 Of course this does not mean that today’s full-frame cameras, or the Canon 1Ds specifically, are the end of history. There will certainly continue to be advances in digital camera and imaging chip design. Of course we will see high resolution full-frame chips appear from other manufactruers and then start to drop in price, and eventually the days of reduced field DSLRs will pass and most DSLRs (at least for professional use) will be full frame. (Nikon’s late 2002 announcement of a line of reduced image circle lenses suggests to some that they have decided to reject building full-frame DSLRs. This will not be the case. There’s simply a lot of uniformed conjecture and misinformation going on out there (some might call it disinformation)).

But, can we expect higher resolution chips? One thought that came out a discussion that I had on this topic with a leading digital "guru" is that we may well eventually see chips with 2 or 3 times the number of pixels that we have today. But their purpose willnotbe to provide higher resolution (which current lenses can’t use in any event), but to reduce noise even further. Seems contradictory, but here’s the logic.

If advances are made that permit low noise from smaller photo sites (say in the 2-4 micron range) then we could expect future chips that would use "binning". This is a technique that has been used for some years in CCD imagers for astrophotography. Take 4 adjacent pixels and join them electronically together into one larger pixel. This gives two benefits — low noise combined with reduced artifacting.

Since this discussion has now gotten beyond my level of competence I’ll leave off here, but I hope that this page has provided some food for thought.

Whenever I publish a piece such as this it often illicits more questions than it provides answers. Here are some that followed swiftly on the heals of first publication.

Q:If we assume that the engineers will be able to lower noise and increase sensitivity on smaller photo sites in the months and years ahead why won’t we see 20MB or 30MB imaging chips?

A:This could well happen. But as pointed out in the article, top cameras like the Canon 1Ds are already capable of higher resolution than our best lenses. If we add more pixels to get higher resolution it will be wasted, as the lenses can’t use it. Adding more pixels to simply end up with bigger file sizes is no different than simply up-ressing a smaller file in Photoshop, and a lot more expensive.

For higher pixels density to make sense on a full-frame 35mm format camera, (and assuming that the noise and sensitivity can be made equal to today’s larger pixels) then we would need higher resolution lenses. It isn’t clear that these can be built at a price that photographers can afford, and that if they were built if we could even use the resolution. Lots of conjecture but little real knowledge.

Q:You’ve written that the latest pro digital SLRs like the Canon 1Ds actually exceed medium format film in resolution. What about medium format digital? If we put larger sensors into 645 and 6X6 camera backs then medium format will continue to keep its edge over 35mm, won’t it?

A:Yes and no. Right now medium format backs use imaging chips that are the same size as 35mm, or just slightly larger. Few if any are a full 6X4.5cm or 6X6cm in size. The ones that are about 24X36mm in size present medium format users with the same problem as owners of the Nikon D100 and Canon D60 have — namely inability to use wide angle lenses. Also, these backs are very expensive. The Kodak DCS Pro back, for example, is about $12,000, and that’s just for the back. You still need a camera body.

Bigger chipped backs are coming. Kodak and Sinar announced a 22MP back at Photokina. The chip is almost the same size as 645 but it is designed to be used on large format cameras. But we can expect prices to remain stratospheric for years to come. Making chips this big is very difficult and very expensive. I believe that for this reason high-end 35mm digital will increasingly push out medium format film in many pro’s studios and practices.

Three Rivers Petroglyph Site The photograph below is of interest because it utilized reflectors in a daylight landscape setting. How this was done will

25 Feb – 4 March, 2008Phase One, in cooperation with its dealers and VARs in Asia and Australia, have asked me to conduct a speaking