As photographers, we all have the desire to make that wonderful image every time we depress the shutter. If we don’t why are we photographing? John Shaw refers to a few basic questions we must ask ourselves before we decide to shoot a certain subject. I strongly recommend that you look them up (they are in many of his books). The purpose of this writing is to go back even before we get into the field, then move into the field to make what we hope to be acceptable images. This is an article about what you should be doing using your mind and not your equipment. 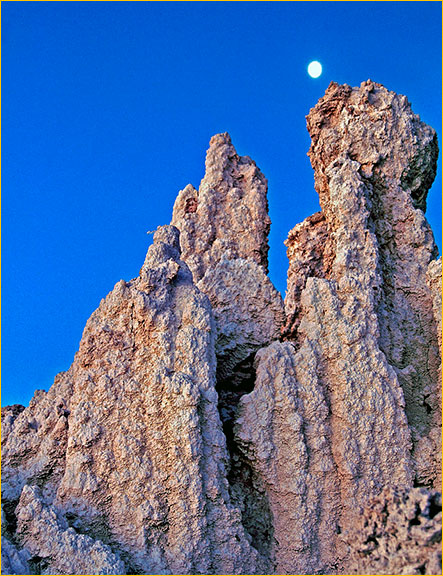 I strongly believe that preparation is the key to making good images. Yes, we need to remember all we have read and heard over and over regarding what it takes to make consistently great images. What few books and articles talk about enough though ispreparation. Without this, in my opinion, everything else will have a tough time coming together.

In sports, the term “the will to win” is used over and over. What does that mean? We can substitute the wordsuccessforwinand apply it to life in general, as well as specifically to photography. Don’t we all have the will to succeed? If you don’t, stop reading now. I think most of us do, but bringing it out can sometimes make the difference between success and failure.

This term,”the will to win (succeed)” is, in my opinion, the most overblown statement that anyone can make. When we venture out to make that image (again, after answering John’s questions!) we certainly have the “will” to make it a good one, but we have to have the will to prepare to succeed in order to make it happen. I can’t stress this enough, again – we must have the WILL to PREPARE to succeed.

For many photographers preparation consists of getting in the car, driving somewhere, putting the camera on the tripod plunking it down on the ground & shooting away. There is sometimes utter disregard for good technical skills, good compositional skills. This is often enough to make a snapshot. This lack of skills most often results from the lack of preparation, way before getting out into the field. This is analogous to the baseball pitcher that gets to the ballpark five minutes before game time, changes into his uniform, and walks out to the mound to begin his chores. One does not have to be too familiar with baseball to picture the kind of game that pitcher will have. Of course no pitcher of sound mind would do such a thing! The photographer-practitioner of this type of preparation constantly is plagued by the same type of problems with their photography, and then wonders why he or she is making no appreciable progress. Some photographers do not seem to understand that their problems are a direct result of their hit-and-miss, careless preparation habits. Lacking this understanding, the photographer continues to plod along in his or hers futile way, doing nothing constructive to overcome the problems that occur.

To the intelligent, analytical photographer, preparation is synonymous with careful, meticulous image making. Included in this preparation is putting your mind in the right place in order to be able to concentrate and enjoy the process of image making. Everybody does this differently. For me, if I am going on a sunrise shoot, I usually awake about 2 hours before I set out. I’ll get something to eat or drink and sit quietly, sometimes with my dogs, and listen to music for an hour. Maybe look at some images in a book, etc. There are certain artists both in music and in art that put my mind into the creative sprit. This calms me down, lets me think about where I am going, what I am trying to accomplish and most importantly allows me to enjoy the process. I don’t include, getting equipment ready, packing a lunch, and wearing the proper clothing as preparation. Preparation to me is getting your mind in the right place, understanding, appreciating, thus enjoying the natural environment of where I am about to set out too. If I am in a new area, I take time to look into the natural history, (usually the night or days before) of the area and study exactly what I am going to anticipate seeing when I get out in the field. This pre-field time is so important and so misunderstood. I truly believe that if you put your mind in the right frame, when you get to the field your technique and thus your images will be rewarded.

When you get to an area you are going to photograph in, slow down, leave your equipment in the pack, sit and observe where you are, enjoy the smells, the sounds and all that is around you. Images shot in a hurry will more often than not be average at best. Those who let themselves become part of the environment will produce better images. This is also part of the preparation process. Sometimes just being in a certain spot is primary and photography is secondary. There’s nothing wrong with that either!

The greatest, most highly esteemed photographers achieve greatness only through hour-upon-hour of intelligent preparation. More significantly, after attaining prominence and recognition, their preparation habits never slacken. Every great photographer knows that in order to remain on top requires scrupulous attention to every detail of the art, and this means constant daily honing to ones keenest edge, in all the techniques involved in photography, and most importantlypreparation.

Let’s now assume that the preparation for a day of photography is accomplished. Let’s now talk a bit about technique in general. Technique, to me includes knowledge of good composition, exposure, proper use of your equipment, knowing and understanding the subject you are about to capture, taking the weather and light conditions into consideration, and so on. In other words everything needed to make a good photograph. To overcome a problem in any aspect of technique, it is essential to know first that the problem exists, and second, what can be done to solve it. As simple as this may sound, a problem is not always recognized as a problem by some photographers, or if it is, its true cause is not always identified. Very often the true cause is attributed to something other than the actual one. A fairly common example is to blame the equipment or light for poor images. The analytical photographer will quickly identify the problem and correct it immediately by giving more attention to the cause. The careless photographer will plod along day after day, constantly making the same kind of average images, never stopping to analyze the reason for failure so he or she can take the necessary steps for overcoming the particular problem.

If you are constantly having exposure problems, correct them, then keep shooting using the correction or knowledge you have learned until its automatic. This can apply to any of the items that I include in the termtechnique.

To gain great technical proficiency as an end, is, in itself only to be able to point the lens at a subject, calculate the exposure and shoot. This is an exercise in nothingness. This shallow goal has little to do with the aesthetic verities of photography as do the aims of the circus seal that has learned to play Yankee Doodle on circus horns. The ultimate goal of a photographer is to create wonderful images consistently, and the real purpose in gaining technical command is that he or she can then focus their entire attention on just that… making wonderful images. 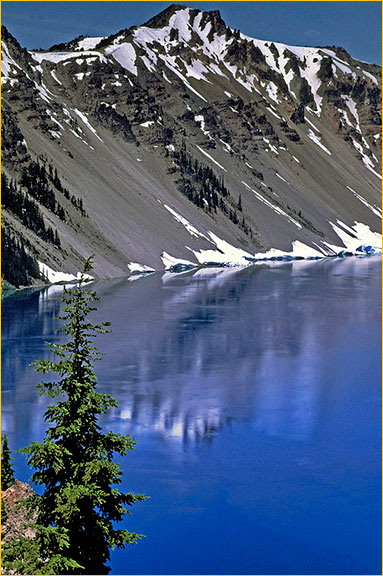 Herein lies the danger, however. What is a great image? Great compared to what? Or to whom? Being able to judge images, presupposes certain photographic perceptive powers, to a greater or lesser degree on the part of the viewer. To put one’s own photography in perspective one should view images made by acknowledged great photographers in their respective style as well as in other styles. Even someone with a less developed perceptiveness will sense the qualities that are distinguishing marks of a great photographer and as a result be able to evaluate his or hers own ability.

The importance of preparation and good technique can not be emphasized enough. In the words of the great American orator, Wendell Phillips “The price of liberty is eternal vigilance”. If you substitute the word preparation for liberty this describes most precisely what it takes to create great images.

Even the best photographers have good days and bad days. These are days when their efficiency is lower than that which is normal for them. Often there seems to be no logical explanation for this. But it does happen, and barring any change in their normal routine, either too much shooting or too little shooting, the only reasonable explanation is the day-by-day psychological and/or physiological variations that make up every normal person. We don’t eat exactly the same things every day, we don’t sleep exactly the same number of hours every night, and the problems of just simply living are not exactly the same every day. These psychological and/or physiological variations are the subtle factors which probably cause the occasional fluctuations in the end results of a day of photography. However, the most important thing is that the normal level of ones photographic ability should be on such a high plane that even on a bad day, only the photographer will be aware of this, not the viewer.