New products cross my desk on a regular basis, and though I don’t see my role in life as a product reviewer, I do enjoy seeing what’s new, and trying interesting new products out in the field or at my desk to see if they can add either to my productivity or enjoyment of photography. Here then are seven new products which I can recommend, and which have now formed part of my regular workflow. 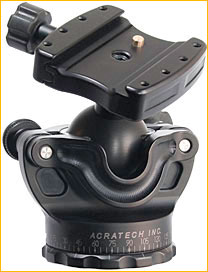 In the beginning there was the Arca Swiss ballhead. In the late 1990’s photographers discovered that ballheads made a lot more sense than pan and tilt heads, and one of the first and best (and most expensive) was the B1 by Arca Swiss. That venerable company also invented a doved plate mounting system which has since become the industry standard (well, almost), with at least a half dozen companies now making "Arca style" plates.

In 2001 a small company calledAcratechintroduceda radical new ballhead, which was exclusively reviewed here at the time. It was a skeletal design that reduced the weight of the head to less than one pound. For most 35mm format cameras and wide to medium-long lenses it was all that the outdoor photographer needed, especially anyone hiking. In 2006 anupdated version called the V2was introduced, adding a few refinements.

Now Acratech has updated the V2 to the GV2. The "G" stands for Gimbal. Through the addition of a bushing on the stem of the ball, and a pin on the bottom of the ball to provide smooth rotation, the GV2 is now able to act as a gimbal head with lenses as heavy as a 400mm f/4, according to Acratech. I’ve tried it with a Canon 400mm f/4 DO and it works as advertised, though heavier lenses will still work more effectively with a larger head and something like aWimberley Sidekick.

For the money though, and with anything less than a very large lens, the new Acratech GV2 is an ball-head ideal solution and a relative bargain at $350. 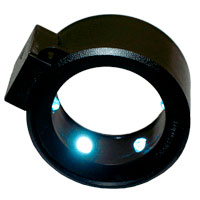 In April, ’07 I reviewed theDelkin Sensorscope, a device with built-in LEDs and magnifier for visually inspecting a camera’s sensor for dust. The product worked well, but Delkin bundled it with some other fairly useless accessories which made the price much higher than it needed to be.

NowVisible Dusthas introduced theSensor Loupe. While conceptually similar to the Sensorscope the Sensor Loup is smaller, better made, and has a superior lens system. One of these combined with anArctic Butterflyis all most people will need to keep their camera’s sensor clean and free from dust bunnies.

Just as the Sensor Loup became available in late May Delkin announced that their SensorScope would be available separately for $90. The Sensor Loup sells for around $75 and is therefore quite a bit less expensive and arguably a better product.

Digital camera’s rear LCDs have gotten better over the past few years. They’ve gone from small and almost unviewable in daylight, to bright and sometimes as much as 3" in diagonal. But viewing can always be improved, andHoodman’s new HoodLoupewill be a nifty answer for some people.

It features a low magnification lens with +/- 3 diopter adjustment and a rigid body with rubber eye cup. Essentially it’s simply a hood for blocking ambient light from hitting the LCD screen. If you’ve struggled to view the small tri-color histogram on your DSLR’s screen, or to compose a shot on the screen of your pocket digicam (no more holding at arm’s length with the Hoodloupe) this could be what you’ve been looking for. At $70 it’s overpriced (compared to the Sensor Loupe, above, which includes a lens system, batteries, and multiple LEDs for almost the same money), but it does its intended job well. 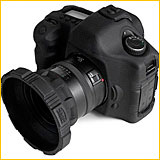 Some people get really nuts about protecting their cameras. I’ve seen photographers refuse to shoot when it’s cloudy, (it might rain, ya know), while others think nothing of rock climbing in the rain with a naked DSLR around their neck.

Camera Armoris a product designed for both constituencies. It’s a thick protective skin that fits on selected DSLRs, which will protect them from knocks, bumps, and inclement weather. It’s not a rain cover per-se, but it should do a decent job of adding protection from the elements as well as accidental knocks. At between $50 and $60, depending on camera model, it’s reasonably priced, and may be just what the rugged outdoor photographer needs.

Photoshop CS3has only been out a short while, and the inevitable avalanche of new books has yet to descend on us. There are two though that have crossed my desk in the past few weeks which I can recommend. 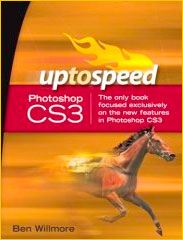 If you’re already reasonably conversant with Photoshop then Ben Wilmore’sPhotoshop CS3: Up To Speedis the book to get. Clearly written and well illustrated, it covers what’s new in Bridge, Camera Raw and CS3, and gives practical advise on how to use the new tools and features available. 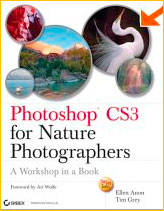 For anyone for whom Photoshop is still an uphill battle, and who is starting with CS3 or migrating to it from CS2 or a previous version and who wants a full tutorial,Photoshop CS3 for Nature Photographers: A Workshop in a Bookby Ellen Anon and Tim Gray is a good choice.

Unlike many Photoshop books which bog the reader down in arcane aspects of the program not relevant to what photographers do, this book is very much oriented toward the needs of photographers who are looking to be able to producing practical result. 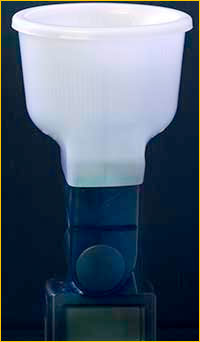 If you use on-camera flash then the best $50 you’ll ever spend will be on aLightsphere. Usable both in a horizontal as well as vertical orientation without any change in light quality, a flash equipped with a GF Lightsphere is able to produce a soft flash effect that has to be seen to be believed.This is not a gizmo!Once you’ve tried it you’ll likely never go back to direct on-camera flash again.

Thanks toVistekin Toronto for turning me onto this. 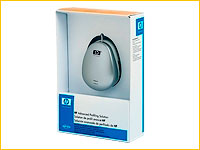 If you own an HP Z series printer with built-in spectrophotometer you will be aware of how convenient and easy it is to create new printer profiles for just about any paper. But, the system that ships with the Z2100 and Z3100 printers as part of the basic package only uses an 288 patch profiling target, which some may not regard as sufficient. As a step up HP offers theAdvanced Profiling Solutionfor about $800. This allows the use of an 1100 patch target and also for the editing of profiles.

The APS includes aGretag Macbeth Eye Onefor profiling ones monitor, but frankly if you already own a Z series printer you’ll almost certainly already own such a device. It’s real purpose is therefore apparently to serve as a "security dongle" for the software.

Profiles produced by this system are excellent, and this represents a worthwhile step up from the fully automated system that ships with the Z2100 and Z3100 printers. But, it seems to me that in this printer price range the APS should have been included as part of the basic package rather than as an extra cost option. Also, there has been some customer dissatisfaction, since in various markets bundles which include the APS with a Z series printer have become available at a price lower that the printers originally sold for just months before.

Such is marketing and pricing these days. But, regardless, the APS is the way to go for anyone with a Z series printer who is looking for optimum profile quality.

Anselmo Generator.  This image is of one of the huge generators that powered the pully system that lowered men and mules into the mines in

Paying it Forward 1 August, 2014 Michael Reichmann, founder of The Luminous Landscape, Inc., the world's largest site devoted to the art, craft, and technology of