For many years after his death in the early ’80s, the influence of Ansel Adams’s technical choices remained pervasive in art photography, especially among art photographers who made "Zone System" landscapes similar to his. He used Tri-X, like I do. But he used HC-110 dilution "B" with it. And so, from time to time, people ask me why I don’t use HC-110 with Tri-X.

Another reason is that although a rose is a rose is a rose, Tri-X is not always Tri-X. Although this news hasn’t made much of a stir, Kodak is about to change Tri-X. The film’s packaging is going to look different and the recommended times are different. As to whether the film itself will have changed, well, I can’t answer that yet. 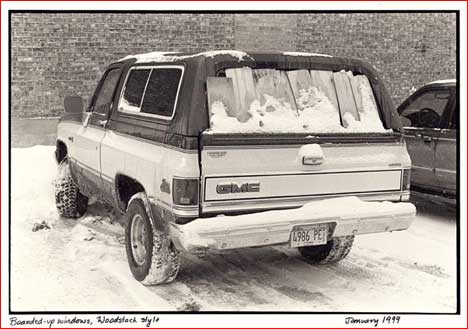 In the early ’90s, I’d been a professional photographer and a camera reviewer for the magazines, and I woke up one day and realized that my personal work had gone all to hell. So I set off to try to "recapture" my amateur status. (That’s when I first bought a Leica, but that’s another story.) I’d been writing for the enthusiast press for several years, and I’d also been off on an extended personal obsession about films and developers, trying to find the "best" one. This had gone on so long that I wondered if it was ever actually going to come to some result.

At about that time, I met Arthur Kramer, the former director of the Nikon account at J. Walter Thompson, and the optical columnist for the oldModern Photography magazine.Well, Arthur’s obsessions absolutely put mine to shame. He printed 35mm with an 8×10 Durst bolted to a concrete wall, with the legendary Apo-El-Nikkor enlarging lens‚ his was serial no. 00007 (he had another one cast in lucite as a paperweight for his desk‚ nice $2,400 paperweight!). And Arthur had been experimenting with films and developers obsessively forthirty years. His advice to me was (somewhat paradoxically), it doesn’t matter‚ pick one and get on with it. And at just about that time, I had come to the same conclusion‚ that I didn’t just want "the best," whatever that is, I wanted "the look"‚ the classic b&w look.

HC-110 is a high activity (high-energy) hydroquinone-based formula that really more useful for sheet film and for controlling contrast by using different dilutions. It creates a harsh and grainy result with 35mm TX. Also, frankly, it’s not a very good developer for sheet film‚ it’s mainly popular because Ansel Adams recommended it in his bookThe Negativein 1980. If you like that tonal range but want a friendlier way to get it, try Microdol-X. I much prefer D-76 1+1 to either.

From now on, of course, nobody will be arguing about developers any more. All the nitpickers have moved on to fretting over megapixels. 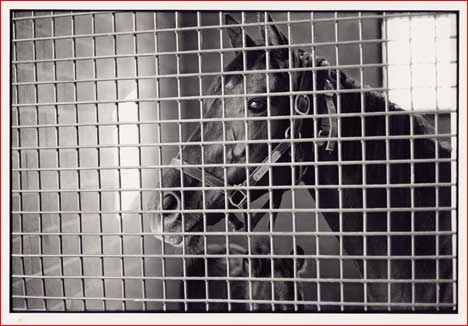 The coda to my tale is that every so often I get my head turned and wander away from my standard TX/D-76+1. I tried a customized variant of T-Max developer because a friend of mine ran a professional lab and offered to develop my film for free, and that’s what he used; I tried Patrick Gainer’s Vitamin-C based formulas after I published his delightful article inPHOTO Techniques(this was before Xtol); I tried Xtol; and I tried Ilford DDX when they started packaging it for consumers, on the advice of my friends on the staff at Ilford; and so forth. I never make it more than one roll, or at most one tank, with any of those pretenders. It may be simple conditioning, but to me, Tri-X in D-76isclassic 35mm black-and-white, and that’s the end of it.