The Pictures of Carolyn Cole

This year, The New York Times was given an unprecedented honor by the Pulitzer Prize committee âÃ¯¿½Ã¯¿½ its entire staff, freelancers included (!), swept the awards for photography. It is the first time a single newspaper has done so.

The temptation is to consider this an extension of the sympathy the rest of the nation offered to New York in the wake of its tragedy. But the unusual honor is well deserved because of the extraordinary nature of the situation. The destruction of the World Trade Center was the central event of the news year for all Americans, and the talented staff of the Times was on home ground. Many photographers, editors, and support staff worked at an almost superhuman pitch to document the tragedy, its aftermath, and its human repercussions. Their work was, and is, extraordinary.

Still, there is something slightly elegiac in this situation for people who cherish the power of photojournalism. Aside from Thomas E. Franklin’s inspirational photograph of firemen raising the flag at ground zero (notable for its poignant echoes of Joe Rosenthal’s “Old Glory Goes up on Mount Suribachi, Iwo Jima, 1945,” which itself, I must indelicately point out, was a staged propaganda photograph), surely the most searing and indelible images of the disaster were not still pictures at all. No single picture could hope to match the utterly stunning video sequences of the airliner smashing into the south tower, or the vividly horrifying spectacle of those majestic buildings crashing down with people trapped inside.

The contrast points up, for me, an issue that is still largely ignored in the general dialogue about photography âÃ¯¿½Ã¯¿½ not so much the contrast of movingvs.stillpictures or the demographics of the delivery media for each, but the fact that each seems to be best suited to somewhat different purposes âÃ¯¿½Ã¯¿½ and that this has transformed the role of still photography. Photography revolutionized news reporting in the 19th century because of its directness and immediacy. But for reportage, video or film footage is undeniably more direct and immediate yet. There are some things that video and moving pictures simply show better. That fact relegates still photography to do its work in a somewhat different mode now than it has done historically.

Almost as if to underline this point, the National Press Photographers Association Awards this year are especially evocative.

Let’s get the controversies out of the way first. For starters, the NPPA withheld its award for Sports Photographer of the Year this year. As judge Cheryl Hatch said, “First Place means it’s outstanding and excellent, and we didn’t see anything that was an outstanding and excellent body of work.” So where are the Walter Ioosses and Neil Liefers of tomorrow?

A much more violent storm of discussion and dispute blew up over the winning photograph in the category of “Domestic News Single,” a news picture by Mike Urban of theSeattle Post-Intelligencer. It shows a woman being sexually assaulted by a crowd during Mardi Gras in Seattle. The controversy had at least two levels âÃ¯¿½Ã¯¿½ first, the editors of the Seattle paper thought the picture too sensitive to run, and the photograph had not been published before being submitted to the NPPA judging. Second, the woman’s face has been digitally obscured to protect her privacy. The latter issue cuts two ways: it shows commendable regard for the privacy of the victim, but at the same time it brings up touchy questions about journalistic and editorial honesty. The point has been made by some critics that no effort is made to shield third-world victims’ identities in even the most embarrassing and personal circumstances. Rather astonishingly, the NPPA has even withheld Urban’s picture from being shown along with the rest of the winning pictures at its own website! 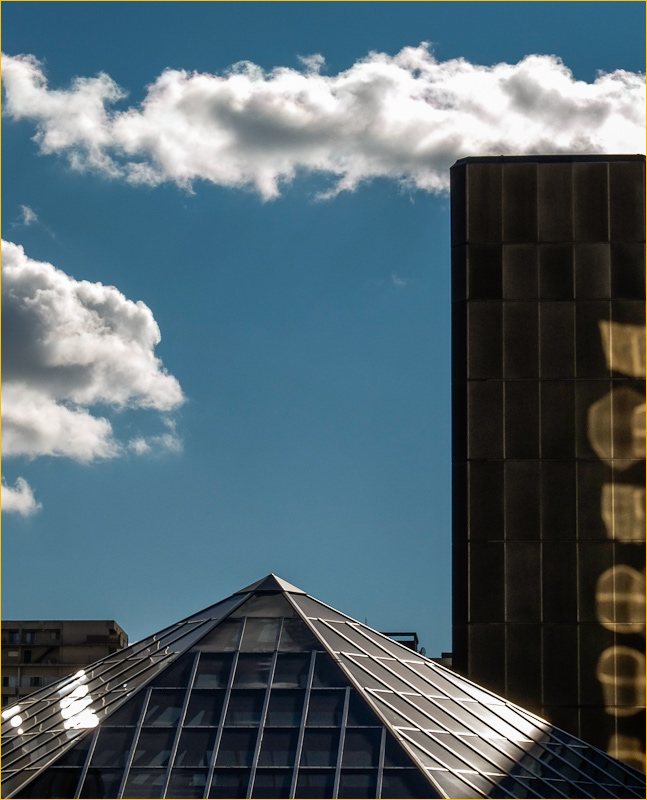 Decisiabout what’s news are not always easy to make: Photographer Mike Urban’s NPPA Award-winning photograph of a sexual assault in progress (with the victim’s face digitally obscured to protect her privacy). Urban’s employers, the editors of the Seattle Post-Intelligencer, considered the picture inappropriate for publication in their newspaper, and have not encouraged its publication since then. The NPPA acquiesced to the judgment of the Post-Intelligencer editors by not showing the picture among the rest of the winners of this year’s Awards.

As usual, this year’s written critiques by the judges about the winners’ pictures border on being deficient, although the judges have certainly done the main part of their jobs extremely well (i.e., using their eyes). Face to face with Magazine Photographer of the Year Jim Nachtwey’s typically grim pictures of opium addicts and AIDS victims, for instance, one judge states, “He is an allegorical photographer.” Well,NO, he is certainly not that. Gotta keep that dictionary handy.

Getting back to the point about stillvs.moving pictures, take a look at the photo essay that won the Cliff Edom New America Award âÃ¯¿½Ã¯¿½ an award category well worth paying attention to, by the way. It’s an essay by transplanted New Zealander Melanie Burford, of Ohio University, about a poor mother who takes a job driving a school bus so she can be with a young daughter who had been abused as a 4-year-old. The pictures have the coiled power and unstudied omniscience of Hemingway’s prose âÃ¯¿½Ã¯¿½ the entire essay could stand beside one of Gene Smith’s. Burford’s is a more modest subject than the grand events that dominate world attention, but it somehow seems closer âÃ¯¿½Ã¯¿½ well, to me, anyway âÃ¯¿½Ã¯¿½ to the core of what photography is really best at.

Saving the best for last, the awarding of the NPPA’s Newspaper Photographer of the Year marks what I think is a significant event. Seldom do photographs of such power, honesty, and artistry come to light from such a relative unknown. The remarkable portfolio of Carolyn Cole, of the Los Angeles Times, is truly “outstanding and excellent,” to quote Cheryl Hatch’s criteria. Cole’s work is photojournalism at its best âÃ¯¿½Ã¯¿½ and not just in this year, either.

Her picture “Shattered Lives” is almost a clichÃ© conceptually, but seldom have I seen this trick employed with such power and naturalness âÃ¯¿½Ã¯¿½ it’s almost as if darkness and dread is imploding toward the troubled eyes of the hidden boys. “Last Drop” is an assured composition, the tension between freedom and deliberate control in its visual organization just masterly. Most astonishing of all âÃ¯¿½Ã¯¿½ and I think among the best documentary photographs I’ve ever seen (which is really saying something) âÃ¯¿½Ã¯¿½ is “Clean Start.” Its precursor for me is Cartier-Bresson’s iconic “Alicante, Spain, 1932,” of the three Spanish women caught in a balletic frieze of gesture while fixing each others’ hair. Soak up Cole’s picture at length. Spend time with it. And then consider what she’s covering as a photojournalist âÃ¯¿½Ã¯¿½ an Afgan man getting his beard shaved after being freed of the moralistic oppression of the Taliban–an emblematic event that waspure newsat the time the picture was taken! This wasn’t art, it was anassignment. Remarkable.

Carolyn Cole’s NPPA Award-winning work puts her up there with names like Nachtwey, Peress, Manley, Webb, Halstead, and Mark in the first rank of photojournalists. We’ll remember that name: Carolyn Cole.

The NPPA’s comments on the ethics of the Urban image