The big news this week – and it’s great big meaty news – is that, in one bold stroke, Canon has reversed all the recent trends regarding full-frame sensors. With the naturally lean sales numbers of the super-expensive full-frame Canon 1Ds and 1Ds Mk. II and the recent discontinuation of the Kodak full-frame DSLRs, even full-frame supporter Michael Reichmann of Luminous-Landscape.com had declared APS-C to be "the new 35mm." The conclusion seemed perfectly warranted. Full-frame looked to be dead in the water.

Then came this week’s announcement of the Canon 5D (unfortunately named, since it co-opts a designation already in use by Konica-Minolta). The C-5D, as I’ve unilaterally decided to call it, is essentially a "20D-plus" with a close facsimile of the 1Ds Mk.II’s huge full-frame sensor inside (the new camera is actually more like 13 mp, but it’s full-frame. You get the gist). It will split the difference in price between those two cameras, costing roughly twice as much as a 20D and about half as much as a 1Ds – a big jump from either direction.

In the interests of full disclosure, I should state that I’m a fan of the APS-C reduced sensor size in DSLRs. I like it, personally, and (separate issue, n.b.) I think it’s a good idea that will benefit photographers in the long run. Of course, I don’t have anything against full-frame sensors, necessarily, or miniature sensors either for that matter. The more the merrier. But the full-frame issue is clearly of a bit more than passing technical interest to some photographers: it’s a highly charged emotional issue, even a sentimental one. I made a passing comment on the DPReview.com digital forum…

…that the Canon 5D’s sample images didn’t look all that great to me (which they don’t, but come on, they’re just a few samples from a pre-production camera – how much does a comment about them really commit me to?), and you’d have thought I’d denigrated a Deity. The thread filled up in short order with every manner of posting under the sun, utilizing darn near every rhetorical trick known to internet posting: I was libeled and defended over and over again, praised for having a good eye and scolded that I’d ruined my reputation,et cetera. Guys? They’re only cameras. We’re not talking about your undying devotion to Vishnu or Jesu or your maternal progenitor’s military footwear. As with virtually every other camera known to technology, a few good photographers will make excellent pictures with the Canon 5D, and most buyers will make mediocre snapshots with it. Cameras don’t take good pictures, photographers do.

Still, it was an instructive little thread. One thing that’s been a problem among photographers since the dawn of the Daguerreotype has been what I call the "Magic Bullet" syndrome. People assign "goodness" to certain technical parameters (sometimes with pretty good justification, sometimes not so good), and then fanatically pursue the most extreme available manifestations of those parameters and hysterically argue the fine points. Why? It’s clearly more than mere product evaluation and technical interest. My feeling is that people are hoping for, and looking for, a "magic bullet" – some trick or technique or piece of equipment that will automatically impart specialness to the pictures they take.

To some degree, this seems to be possible. I would say that my current fave camera, the estimable Konica-Minolta 7D, has rewarded me with some truly delightful results (my published review of the 7D will appear inBlack & White Photographymagazine a few months from now). Then again, I got some delightful pictures with my li’l ol’ 3-mp Olympus C-3040z, too. But the different potential of more expensive gear only encourages Magic Bullet Syndrome: people detect the incremental, provisional increase in specialness they’ve bought for themselves with their latest toys, and extrapolate out to absolutes – that is, they assume that ultimate specialness will be the fruit of the ultimate gear, if only they could find and afford it. (And defend it, apparently!)’

Tain’t so, of course. To be honest, most of my pictures suck. The saving grace of that admission is that most ofyourpictures suck, too. How could I possibly know such a thing? Because most of everybody’s pictures suck, that’s how. I’ve seen Cartier-Bresson’s contact sheets, and most of his pictures sucked. One of my teachers said that it was an epiphany for him when he took a class from Garry Winogrand and learned that most of Winogrand’s exposures sucked. It’s the way it is.

And what does this have to do with the "magic bullet"? Just that there ain’t one. Sorry. It would be nice if you could be assured of receiving accolades and respect just for buying this or that Canon or Minolta or what-have-you. But all of Cartier-Bresson’s and Garry Winogrand’s worst misses were made with the same Leicas they shot their deathless masterpieces with, and some truly great photographs have been shot with some absurdly crappy cameras. I mean, have you ever seen a Graflex SLR? 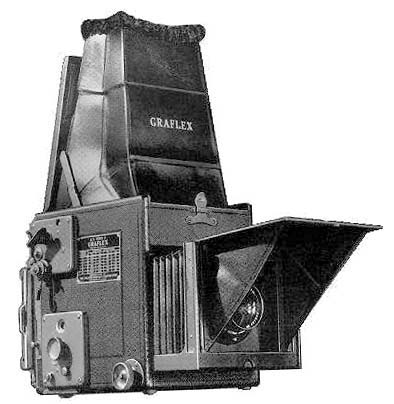 Phil Davis has one of these in his studio, which I’ve held in my very own hands, even attempted to look through with my very own eyes. Believe me when I tell you, brother, sister – the thing is even worse in person than it looks! Yet Dorothea Lange managed to use one of these monstrosities to take pictures with. Good pictures. Great pictures, by gosh. Proving what? That it ain’t the camera. 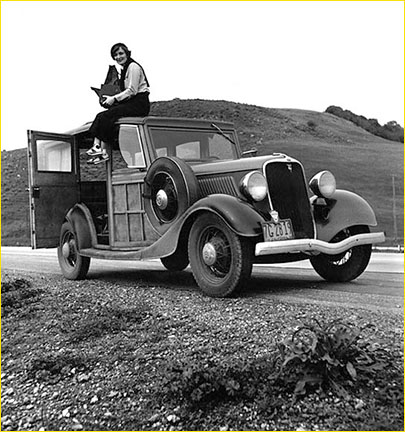 
So there’s good news, and better news. The good news is that you don’t need a C-5D (or a 7D, for that matter) to make excellent pictures with, assuming you’re capable of taking the occasional excellent picture in the first place. The better news is that if you want a C-5D, it will most certainly be perfectly capable of taking superb pictures – if you are.

While I agree wholeheartedly with Mike’sMagic Bulletpremise, I’m afraid that I completely disagree with his 5D evaluation. My further comments, initial impressions, and some sample images can be foundhere. – Michael Reichmann

Black-and-White Tonality Ã‚© Mike Johnston 2002 I'm a little schizophrenic these days. I just bought another new digicam. I'm quite high on it‚ I really