At the PMA show this past Spring (2003) Fuji announced the introduction ofFujichrome Velvia 100F Professional.For photographers for whom Velvia is likemother’s milkthis was exciting news. Australian fine art landscape photographer, and frequent contributor to this site,Nick Rains, recently received some sample film from Fuji, and here provides us with the world’s first hands-on review of this exciting new film.

Before I get to the details I must stress that this is not a scientific test with densitometer readings etc., but a simple test comparing 3 images of precisely the same subject shot at the same time, with the same lens and processed at the same time with the same chemistry. All I am looking at is the relationship between the 3 images and to what degree they differ.

The images were shot on anEbony RSW45with aHorseman 612roll film back using aSchneider 150mm Super Symmarlens. The two 100 ISO films were shot at 1/60 sec and theVelvia Classicat 1/30sec, so I could use almost the same range of apertures for the bracket. I shot a whole roll of each with my expected optimum exposure of f/16 in the middle of the bracket. The camera was on a Gitzo tripod.

Film was scanned on aFlextight Photoat 3200 dpi with no adjustments apart from setting the black and white points to account for slight exposure differences.

On the lightbox there are only subtle differences, withVelvia Classicbeing very slightly magenta in the shadows andProvia 100Foverall being a tad cooler and more green. BothVelvia ClassicandVelvia 100Fhave the brighter greens that we are used to. ISO seems to be about right, withProvia 100FandVelvia 100Fat 100ISO andVelvia Classicat about 37, or 1.5 stops less than the others.

The rendition of the blue sky is more pleasing onVelvia 100Fwhen compared toProvia 100F,and similar toVelvia Classic. Overall the new film seems a bit ‘brighter’, which is a good thing.

Under the loupe all look very crisp, withProvia 100Fhaving the best shadow detail by a hair. 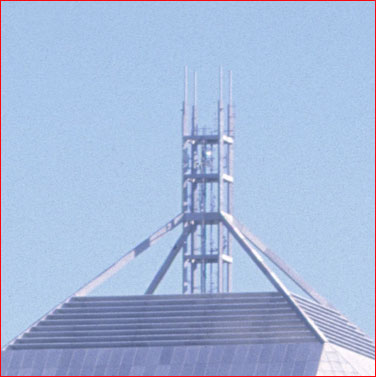 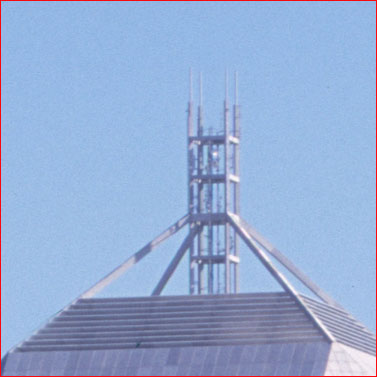 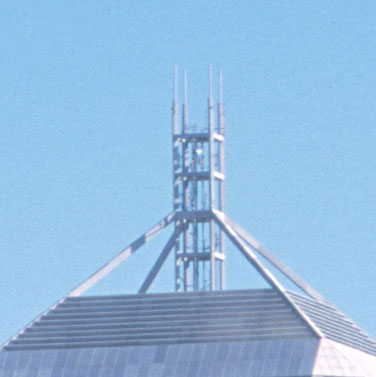 One odd thing is thatVelvia 100Fscans slightly more magenta than the others using the same scanner settings. This is at odds with the broad visual impressions above and I cannot explain it. It is of no real importance other that it highlights theFlextight’ssensitivity to very slight variations of trannie density.

The burning question:is the new film as sharp as the old Velvia and is the grain as fine as Provia100F?

Well, not really and finer.

I see a slightly less sharp result forVelvia 100Fas opposed toVelvia Classic.Velvia 100Fis very much on a par withProvia 100F,although I have a suspicion thatProvia 100Fhas the edge, which is a bit disappointing. The differences however are very subtle.

I was expecting more, I must confess. However, to be fair, film has progressed so far in the last 20 years that any new emulsions are bound to be only incrementally better. The accutance ofVelvia Classicis missing fromVelvia 100F,but the smoothness of the grain structure is very impressive. This will allow more aggressive sharpening of the scan, and by using Threshold adjustments I have managed to make theVelvia 100Flook sharper on screen thanVelvia Classicwithout accentuating the grain. No doubt by using a decent edge mask I could take this further.

I have one more roll of sampleVelvia 100Fand will test the reciprocity characteristics soon. One of the features I love aboutProvia 100Fis that exposures up to 120 secs do not require any exposure compensation unlikeVelviawhich requires quite a lot. If this new film has the same lack of reciprocity failure then I will be very keen on using it.

Velvia 100Fis almost identical in sharpness toProvia 100Fand has much finer grain. The raw transparency colours are slightly more pleasing, with those brightVelviagreens still evident. Overall an excellent film, but, like I said before, I was hoping forVelvia Classicsharpness as well — I guess we can’t have everything!

Over the last 10 years Nick has traveled the length and breadth of Australia covering over 250,000km in his search for fine "Australian" images for the stock photography market. He makes his home in Brisbane, Queensland.

Recent work has been published in Australian Geographic, Outback and GEO (Germany). Nick is now concentrating on photographic books of his favourite places. In between outback trips Nick operates a small studio and shoots commercial and stock photographs at home and overseas.

You may also wish to visitNick’s Web Site, or contact him by e-mail directlyhere.

Red Aspen Linhof Master Technika with 210 mm Rodenstock lens, Fuji Astia Film Introduction In a prior article on this site I reviewed my findings that after