Should you pay for a CLA when you buy a used camera?

It’s always a tough decision whether to get a camera repaired, especially when the cost of the repair is more than the cost of the camera. My advice to readers back when I was East Coast Editor ofCamera & Darkroommagazine was that itisworth itifyou intend to use the camera. Granted, you can "get lucky" and buy a camera that doesn’t need a CLA, but the peace of mind is something that seems worth the expense, at least to me. For instance, I once paid $160 for a Canon Canonet rangefinder, when the going rate was about $60-$75. The reason? The one I purchased had just had a full $85 CLA. Now IknowI don’t have to worry about it quitting on me, or about when I ought to have it serviced.

It doesn’t seem to make sense to have the work done from a hardboiled economic standpoint. It’s not worth it if you intend to try to get your money back out of the camera very soon. But consider that the closest thing you can buy today to, say, a $150 used Pentax MX with a 50/1.4 lens is a Nikon FM3a, which costs minimum $500 ($489 plus shipping for a gray-market chrome one from B&H)sanslens. The MX is probably better-built (although the Nikon has a better shutter), and a Pentax SMCP-M 50/1.4 lens is certainly as good as a modern Nikkor. Consider that a $150 MX plus $150 worth of work is still $200 below the cost of the new Nikon, and you still haven’t got a lens for the Nikon. Looking at it that way, a rehabilitated oldster looks like a bargain.

The first time I paid more for service than a camera was worth, it was a sort of hurdle that I had to surmount — I felt it was somehow foolish, and it took me a long time to go ahead and do it. But now I do it routinely, or close to it — $80 service for an $80 ME Super, $200 service for a $100 Spotmatic ESII, and so on. Now it seems to me just the cost of shooting with these delightful old near-antiques. I once paid $300 for a complete overhaul of a half-century old Rolleiflex that had cost me $1,350, and the value of the camera after I had it serviced was…$1,250. (I had overpaid in the first place by about $100.) Ididend up selling that camera. But I sold it to a friend, and I had the satisfaction of knowing that I had brought that magnificent old machine back into fighting trim. I ended up not minding.

I agree it’s not the most logical thing in the world. It’s kinda like buying a fine old suit from a thrift shop for a quarter and then paying $80 to have it tailored.

The worst situation I ever encountered along these lines was a wonderful old 50mm Summicron I once bought. It was the 7-element collapsible model dating from about 1954. A zealous camera collector had sent the lens to England, where all the lens elements were disassembled and individually multicoated (1954 was well before the days of multicoating). The cost to the collector was $600 for the lens in mint condition and then more than $1,000 to have it coated…and the net effect of the coating was that itREDUCEDthe value of lens by $100 — because it was no longer "original condition"! I bought the thing for $500, used it for a year, and sold it to an acquaintance for $500. He’s still using it. 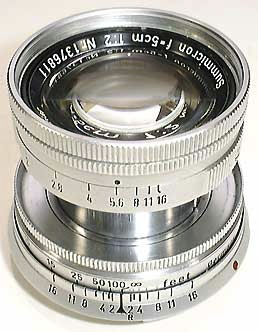 I bought a collapsible Leica Summicron like this one that a fanatical collector had paid to have multicoated. The expensive work actually reduced the value of the lens. (Picture pinched from the web.)

So did the collector make a bad decision having the lens multicoated? I suppose so, from an accountant’s perspective. But not from mine. It made the lens better to use. And after all, what’s the point of these things, if not to take pictures with them?

So, on the question of whether you should have your old camera CLA’d, you should, of course, do what you’re most comfortable with. But I know what I’d do. 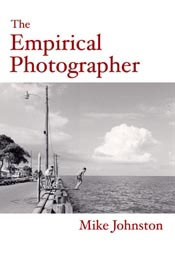 Plug, plug, plug:Many thanks to all those who pre-ordered my forthcoming bookThe Empirical Photographerthis past week! A couple of minor points — yes, I’ll sign all the books that are pre-ordered. Also, I didn’t take overseas media mail shipment times into account in the original 8-10 week time frame, so if you ordered from overseas it may take a bit longer to get to where you are. I’m told that the stated time is 6 weeks for surface delivery but that most overseas media mail gets there much faster than that.

Also, because of the strong response, I can continue offering the discount price for another week or so.

Many thanks for all the kind words and good wishes that came along with the orders. I think it’s a particularly great group of people who have been self-selected by SMP. And don’t think I don’t appreciate ya!

You can order the book at my site atwww.37thframe.com. Spread the word!