Some people accuse me of having an anti-Hasseblad bias. Nothing could be further from the truth. I own two H series bodies, five H series lenses, and use them along with a Phase One P45+ back for all my serious landscape work.

Does the system have flaws? Yes, of course it does. Which one doesn’t? Does the company and its management practices do things which I am not happy with? Yes, and as with other companies and products which I find fault with I state my concerns. Does this make me biased against them? No, not at all. I like to think of myself as an equal opportunity criticizer.

In any event, when my friend Nick Rains offered to do a report on a recent shoot with an H3D2 I immediately said yes. Though I happen to own a Phase One back I have now seen enough of the newest Hassy backs to know that they are comparable in image quality.First rate.

Here then is Nick’s brief fields report. Nothing to get someone familiar with the system excited, one way or the other, but of interest to anyone thinking of moving to the top level of medium format digital.– Michael Reichmann 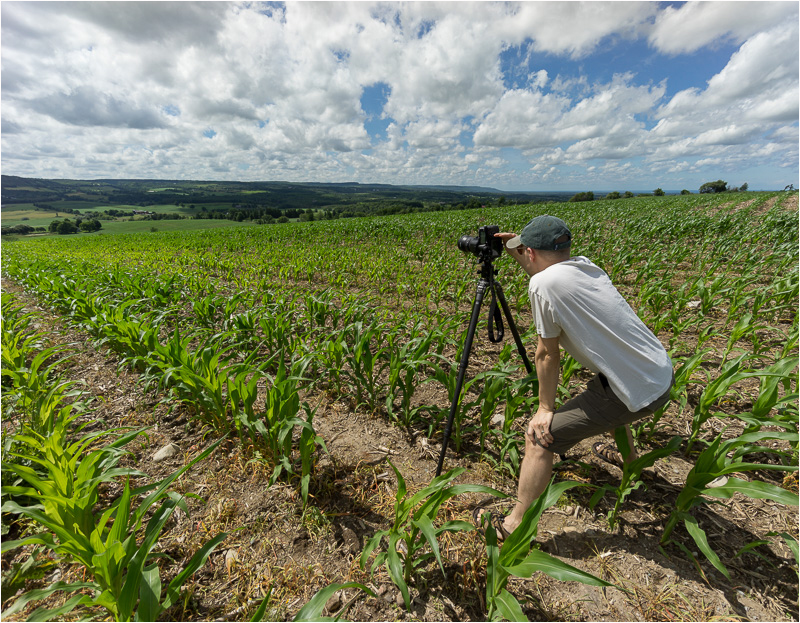 Last month myself and Charlie Waite from the UK conducted a 10 dayworkshopin the Kimberley region of Western Australia. I was lucky enough to be able to borrow a Hasselblad H3D2 to take away with me and I thought LL readers would be interested in my impressions of this high-end camera. 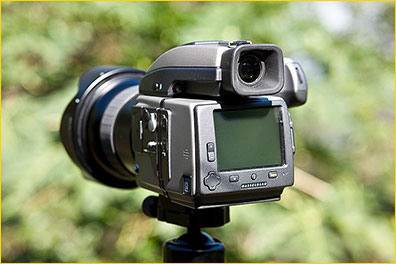 David Roche atSilverpixelin Sydney sent me a brand new body, 80mm and 28mm lens and it was a pleasure to see how well they were boxed. It was the work of moments to pull out the camera and lenses, assemble the kit and get shooting.

The H3D2 feels very solid, as you would expect from such a venerable brand name. The grip is quite ergonomic and the weight of the camera is countered by this to some extent. It’s not a light camera and hand holding for extended periods could be a chore, the right thumb in particular takes a lot of weight. I used it on a tripod most of the time and had no problems with steady shots when I chose to grab a shot hand-held, particularly with the mirror timing being adjusted to moderate the effects of mirror slap.

On the tripod the camera is easy to use but the eye-level viewfinder means you have to have the camera higher than one would expect from a medium format camera. I’d have preferred to have the grip camera settings data continuously visible on the rear LCD but they can be seen in the viewfinder – shutter speed, aperture, metering mode and counter are visible all the time whilst the menu selections replace this data as you choose them with the grip controls. Also, if you press the “i” button on the back you can see all the current settings. 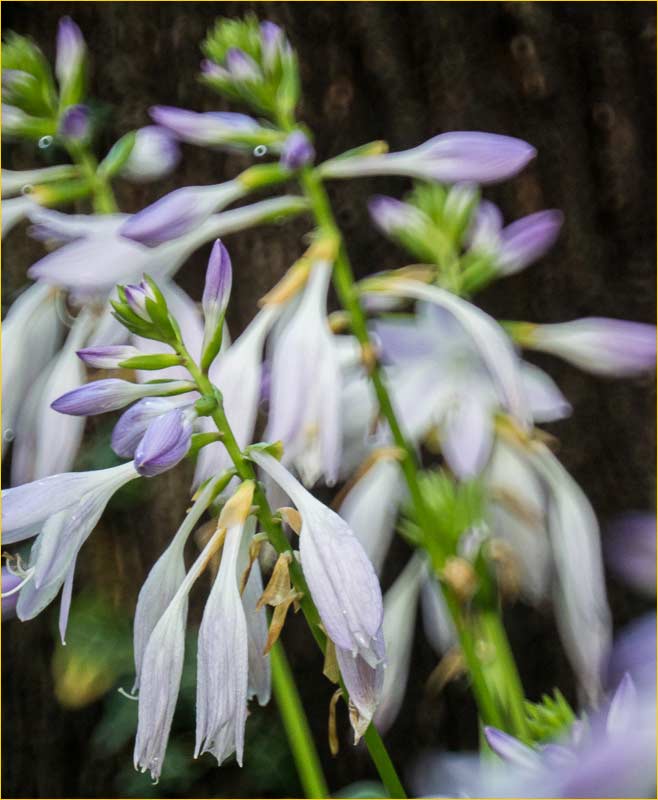 One brilliant aspect of the H3D2, (and a continuing bone of contention with Canon) is that there is a mirror-up button right under one’s forefinger when holding the grip. Press for up, shoot, and press for down – so easy. What’s more, there are 4 user definable buttons so you can customise the camera to your own needs very easily. Good one Hasselblad.

I’m not a big fan of medium format cameras that need to be turned on their sides when shooting vertical – it’s fine for hand held but not so good on a tripod. I loved my old Mamiyas for their rotating backs and wish the Hassy could offer something similar – even a two-position mount like the Horseman SWD. Tilting over such a heavy camera makes it necessary to use a tripod head heavier that one might like – or to use an “L “ bracket from RRS or Kirk.

Working with this camera was a breeze, it can be used perfectly well as an oversized 35mm camera for situations where a tripod is not possible – and it can be used in a more traditional way for landscape work as a tripod camera.

Features-wise, there is little lacking. There is auto-bracket, spot metering, aperture priority, shutter priority 1/800 – 32 secs, program, basic intervalometer etc. I’d really like to see a LiveView on the back, and some way to shoot longer exposures than 32 secs. There is a firmware upgrade due which will take the max shutter speed up to 60secs (and add 800asa) but I’m told that CCD technology would make a LiveView option too slow to be useful.

Battery life is great for this sort of camera, I got well over 150 frames before the first low battery beep, and then there was still 30% left. Keep a spare handy and a full day’s shooting will be no problem.

The back is of course removable for cleaning, and can be used separately on a large format camera if you need movements. The only restriction here, because the back takes power from the camera body, is that you can only shoot tethered to a laptop or workstation. This does limit the appeal for large format landscape photographers but shouldn’t be a problem for studios who often shoot tethered anyway.

In a word, awesome. With no AA filter to soften things up, the image straight out of the camera is pin sharp and only minimal extra sharpening is needed. Tones are smooth, with that 4×5 film tonality, and there is detail into the deepest shadows. I did see some noise in the ¾ tones but not having access to the new Phocus software I am happy to accept that this may well improve on re-processing. I initially used the DNG Export option and processed in Adobe Camera RAW which I am very familiar with. I subsequently went back and precessed the same files in FlexColor and the noise was almost non-existent. 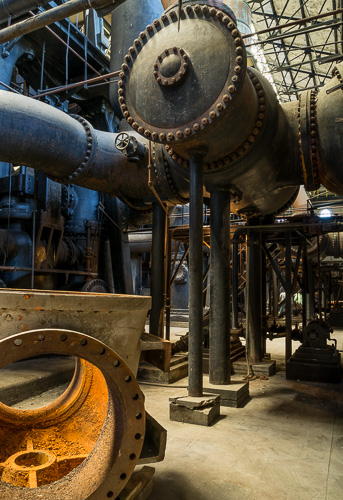 I’m not going to pixel-peep, but I have posted some 100% sections which were exported as a DNG file from FlexColor 4.8.5 and opened in Adobe Camera RAW. The  images hasnosharpening applied so can only get better!

I had use of the 28mm lens too. This is a sensational lens, the widest of all lenses for MFDB cameras with a diagonal angle of 95 degrees – only the Schneider 24mm Digital is wider on a view camera or similar. Corner sharpness is remarkable for such a wide lens and I shot about 80% of my images on this lens whilst I was away. 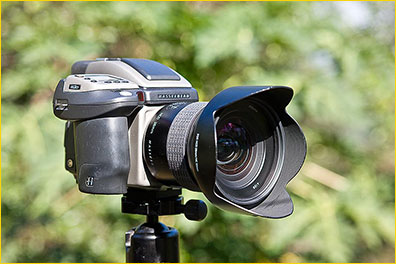 The huge 28mm lens is a ‘must have’ lens

Until I get my hands on a Mac I cannot comment on the Phocus software, only on FlexColor 4.8.5.

FlexColor is the same as runs the Flextight range of film scanners so anyone familiar with this software will be right at home. Simply browse a folder, import the data into FC and use the same tonal adjustments as you would have done on a film scan. It’s very easy to use and the results are very nice indeed – particularly since lens corrections are built in to the software. This is quite evident with images from the 28mm lens which visibly adjust when opened into FlexColor.

Interestingly, whilst FlexColor might not be the epitome of workflow efficiency, the TIFF files it produced are quite superior to DNG exports processed in Adobe Camera RAW. I’ll add an update when I reprocess the files in Phocus which adds more sophisticated demosaicing algorithms for a superior result.

My overall impression of this camera is one of smooth ease-of-use. I took to it right away and found very few niggles with the handling apart from those mentioned above. It’s logical, the menus are easy to navigate, and the camera controls are where they should be. Optically it is as excellent as you’d imagine from Hasselblad, and whilst the supplied software is dated, the replacement, Phocus, promises great things.

It’s not a perfect landscape camera, but what is? As a general purpose camera of the highest possible image quality it is a winner and I’d have no hesitation in recommending it.

Nick Rainshas been photographing landscapes all over the world since leaving University in 1983.

Over the last 10 years Nick has traveled the length and breadth of Australia covering over 250,000km in his search for fine “Australian” images for the stock photography market. He makes his home in Brisbane, Queensland and he operates a fine-art photographic gallery in that city.