This review is part of a larger series of ongoing articles and reviews of medium format digital backs.
If you have not already done so you might wish to begin by reading myDigital Back Survey
and then refer to the other reviews in this series that are linked at the bottom of that page. 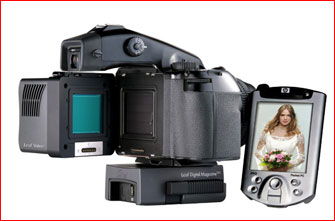 As part of myDigital Back Surveywhich first appeared here in September, 2003 I published the world’s first review of the newLeaf Valeo 22, one of only three 22 megapixel medium format backs currently available. My review was necessarily limited because the only sample back available was for theMamiya 645 AFD, while my medium format reference system is theContax 645. This meant that while I could work with the back and its files, I couldn’t compare them to identical frames shot with myContaxandKodak DCS Pro Back 645— again, my personal reference system.

In early November I was visited byIlan Carmi,Leaf’s Product Marketing Manager. He had with him a Valeo 22 back designed for theContax 645, and we spent one morning filming an interview withIlanfor theIssue #9 (Dec. ’03)issue ofThe Video Journal. In this discussion we examined theValeo 22back and discussed its features and capabilities. We also had a broad-ranging discussion about the digital back and camera industry in general, and the future of large-sized imaging chips.

The next day provided us with the opportunity to take some carefully controlled test exposures with the same camera and same lens at the same time. Finally, here was an opportunity to truly compare the $12,000 16MPKodakback with the $29,000 22MPLeafback.

Our test consisted of two parts — colour rendition and noise / resolution. All shots were taken with the camera tripod mounted and locked off. Nothing was changed other than switching the backs. Metering was consistent and determined via the camera’s meter as well as evaluation of the histograms produced. AMacbethcolour chart and skin tones were one subject, while some fall leaves under overcast conditions was the other. White Balance was set via aKodak Gray Card.

The frame immediately below shows Illan holding aMacbethcolour chart. The descriptions that I provide here are of what I see on a calibrated and profiled monitor. The comparisons are against theMacbethcolour chart as viewed under anOtt-Light True-Colordaylight-balanced fixture. (These sRGB JPGs may or may not show you what I describe, depending as well on the adjustment of your particular monitor. Go by what I say, not by what you see below).

Both frames are crops, but neither has had any adjustment done to them in either RAW conversion or in Photoshop, other than Gray Balance. 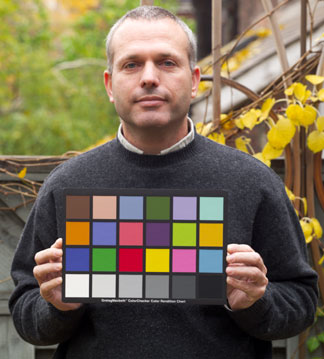 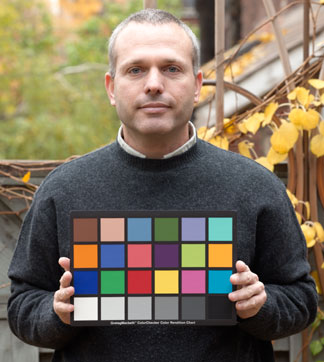 If you’ve read theoriginal Valeo reviewand comparison you’ll recall that there was not a huge difference between the backs in terms of their colour rendition. The Valeo does a better job with blues and purples while the Kodak does better with greens and yellows. Neither difference is significant for anything except exacting product or scientific work in which case the photographer will custom profile the back in any event.

Below are full-frame reproductions from the two backs. They are reproduced so that the vertical dimension is the same. This shows what the extra chip real estate of the Valeo 22 provides. We did the shots from the exact same position (only the backs were charged), with the same lens. Exposure was according to the camera’s average metering but we adjusted each back’s exposure based on reviewing a post-exposure histogram. The reason for this is though both cameras were set to ISO 100, this does not mean that both necessarily would want the same exposure. Sensitivity differences between them called for slight variations to get the best exposure in each case. 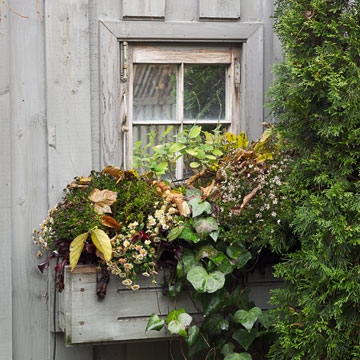 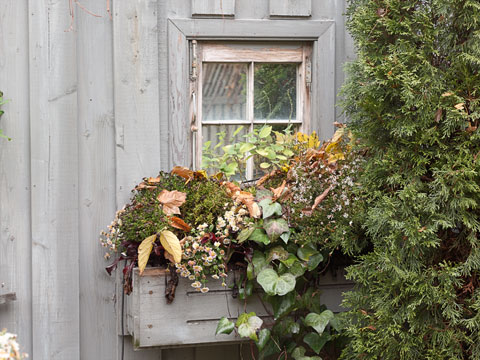 Larger versions may be viewed by clicking on each image

The Kodak frame was processed with bothKodak Capture StudioandAdobe Camera RAW, (more on this in a while). The Valeo 22 frame was processed withLeaf Capture V8software. In both cases we did the RAW file conversion by selecting the wall of the shed as our gray point (it measured almost exactly equivalent to a Kodak Gray Card) and we adjusted Black Point and White Point in each case by eye.

Other than the wider frame from the Leaf’s larger chip (almost full-frame 645 vs. the Kodak’s square format), it’s likely that the first thing to catch your attention will be the difference in the colour rendition, especially the greens. The Kodak back’s greens appear more saturated, though we at first agreed that the Leaf’s greens were likely more accurate. We then went back outside and were surprised to see that it was the Kodak’s greens which appeared more natural. We even took a sprig of the fir tree and brought it indoors and placed in under a 6500K evaluation lamp. Indeed, and much to both of our surprise, the Kodak’s green’s were more accurate. 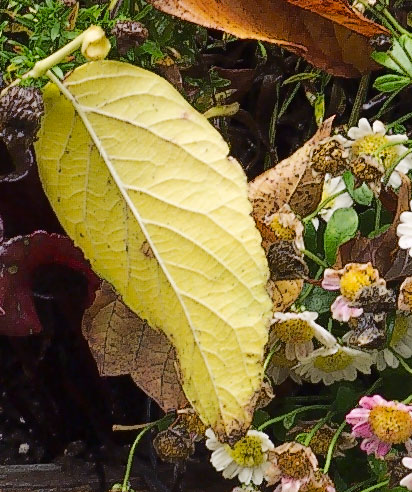 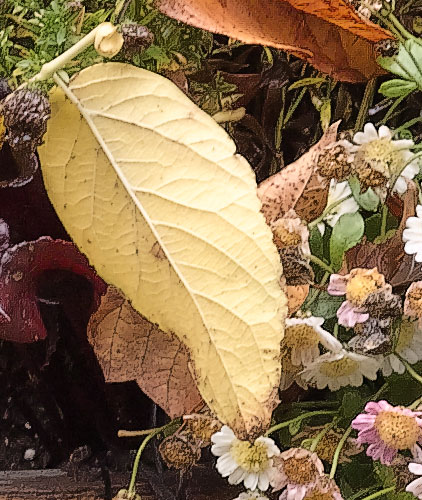 So too were the yellows — more so than the Macbeth chart would have lead us to believe. Above in Fig. 3 is a 100% enlargement of one of the leaves. Again we brought the leaf itself indoors and compared it under a daylight balanced light source with the images on screen. The Kodak back reproduced the yellow / green leaf more accurately than did the Valeo 22, which was quite a bit more yellow than reality. We repeated the test with another Valeo colour profile and did not find a marked difference.

Fig. 2 is also worth examining for resolution. There is little to choose between them, as both backs have the same vertical pixel count and both have the same pixel size (9 micron). After careful study of these and other images we came to an agreement that there appeared to beveryslightly higher resolution to the Valeo 22 images, but we at first weren’t sure why. When we came to evaluating shadow detail the reason became apparent.

The Valeo 22 is a true 16 bit back, while the Kodak Pro Back is 12 bits. Does this make a difference? Yes, it does and it visually looks to be about a quarter stop or so better. 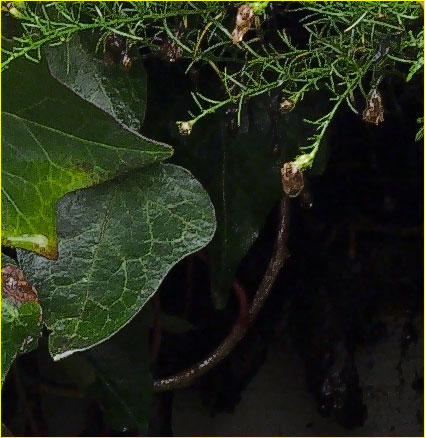 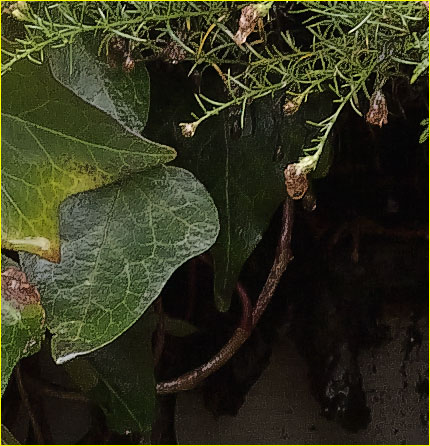 In Fig. 4 above we see the extra shadow detail and also what appears to be slightly higher resolution. The reason for the apparent extra resolution became clear when we looked at the separate Red, Blue and Green channels. 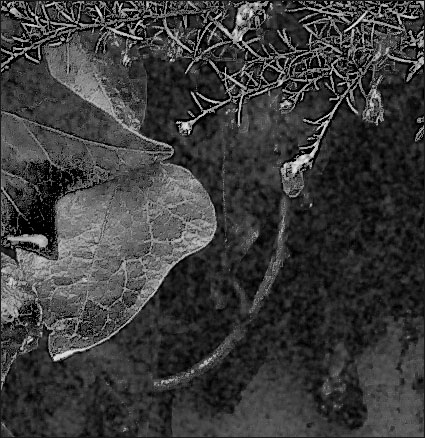 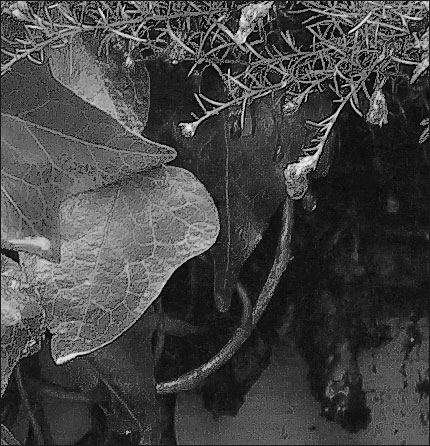 The Red and Green channels showed little variation. But the blue channel told a different story. This channel on the Kodak was very noisy in the shadow areas while on the Valeo there is little noise difference between the Blue and the other two channels. The Blue channel is the least sensitive on most sensors and this difference is the most glaring between these two backs. (I have lightened the Blue channel in Fig. 5 above to better show the differences).

This blotchyness degrades the Kodak image in two ways. It makes the shadow areas appear darker than they otherwise might and also reduces resolution on that channel. The net result is a slight degradation of image quality over that of the Leaf, which is exemplary in this regard.

I mentioned above that the Kodak frame was processed both inKodak Capture StudioandAdobe Camera RAW. I noticed thatCapture Studiodid a much better job of minimizing the Blue channel noise than didCamera RAW, but the noise was still there, and noticeable.

Finally, it needs to be noted that all tests were done at ISO 100. The Leaf tops out at ISO 200 while the Kodak can go to ISO 400. On the other hand the Leaf also works at ISO 50 and ISO 25. Indeed ISO 25 is the Leaf’s "native" sensitivity and it is safe to assume that this speed will produce the back’s highest image quality.

TheLeaf Valeo 22is a very impressive accomplishment. It is currently the only completely self-contained 22 Megapixel back for medium format cameras that doesn’t required a tethered computer. Image quality is first rate and I find the use of anIpaqPDA as a review screen and control device to be worth the hassle. The digital magazine with its 10GB Firewire hard drive and self contained batteries works reliably and smoothly. In the studio the Valeo 22 hooks up to a computer (Mac only at this time) to provide a full-featured tethered solution. The V8 RAW conversion software is as good as it gets.

All of this begs the question — is to worth $29,000 in its mobile configuration, and is it worth more than double the price of aKodak DCS Pro Back 645, my reference system? Let’s look at it this way. If I was a studio photographer doing high-end product or fashion work where the cost difference would matter little over the long run, and the largest image with the highest quality was paramount then, yes, the Valeo 22 would be my choice.

But, I’m not in that category. I shoot almost exclusively in the field, and priceisan issue. I want the best possible image quality but recognize that the price / performance curve gets very flat at this end of the spectrum. Even minor improvements in image quality or chip size costs a great deal. For me the Kodak back remains the ultimate medium format digital back for highly mobile field use, and likely for many other applications as well. TheLeaf Valeo 22though shows us what can be accomplished when money is almost no object. It is a device to be coveted.

Let's Get Ripped — AgainThis review is of ImagePrint 6.0 for Mac OSX, which started to ship in early June, 2004. At the same time

FacebookTweet Without the beginner’s mindset, I would have missed the opportunity to capture a once in a lifetime photo. Most people don’t practice The Beginner’s