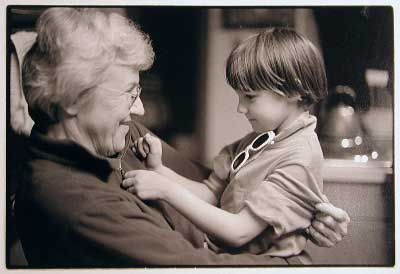 Years ago I worked as the Lab Manager at the Corcoran School of Art in Washington, D.C. The Corcoran School has a fancier name now, but it’s still the same good old place, tucked into the basements and attics and other out-of-the-way cubbies and warrens of the Corcoran Gallery of Art building a stone’s throw from the White House. Frank Lloyd Wright thought the Beaux-Arts Corcoran building was the prettiest building in all of Washington.

Anyway, one curious phenomenon I noticed while administering the school’s darkroom was that every now and then, breathless museum-goers would find their way down to the school with the same question.

"I’ve just been looking at the show upstairs, and I need to know‚ what exactly is a ‘silver print’ ?"

They were incredulous when I informed them that a silver print was just an ordinary black-and-white photograph made on ordinary photo paper. Disappointed, too‚ I think they thought they had stumbled on a Significant Secret, one they could emulate to make their own photography special. Really, what they’d been looking at were prints done right, made by master printers who knew what they were doing.

"I can hardly believe that," one crestfallen woman told me. "Those prints upstairs justglow. My prints don’t glow."

Yeah. The Glow. I know what she meant. That rich, soft, pearly look that some master prints have. As if a soft light were coming from deep within the paper.

Of course, what those earnest would-be acolytes assumed was that if the method wasn’t magical, then the artists’ skills had to be arcane and non-duplicable. They were sort of right about that‚ skill counts for a lot.

You should be able to get "The Glow" without too much trouble too if you really want to. Start with a good recipe, and then just apply a little more attentiveness than usual. Here’s one recipe. Not the only one, but this should work for you. Anyone can do it‚ try it, you’ll see.

A Recipe for ‘The Glow