Good morning! I hope you’re enjoying the autumn light. This week, I’d like to catch up on some odds and ends that have been waiting in line to be mentioned for a while now. Before we start, however, I’d like to thank all of you who sent compliments regarding last week’s column about editing‚ it generated the nicest comments, and the most e-mails, of anything I’ve written for "The Sunday Morning Photographer" yet. While no one person has all the answers, it’s gratifying that my comments could be of use to so many people, and I’m humbled by the fantastic and generous response. Many thanks.

I had a brief but pleasant visit a few weeks ago from large-format photographers Michael A. Smith and Paula Chamlee. Michael and Paula, who are married, must have one of the most interesting working relationships in all of American photography. They work in parallel‚ each pursuing his or her own projects independently of the other. (The only enforced co-operation? When either one wants to stop the car to make a photograph, the other isn’t allowed to complain.) Yet they’re always together, and help nourish each other’s work in innumerable ways. 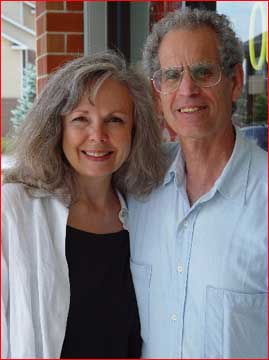 As two of the small number of photographers who make good livings entirely from the sale of fine prints, the couple keep a grueling schedule traveling the country on two separate kinds of trips: either photographing or marketing (never both). They spend up to two months at a time on the road showing and selling their photographs to private collectors, museums, galleries, and corporate clients. Other trips are reserved exclusively for photographing.

They are also slowly becoming a quiet force in photography book publishing. After self-publishing a number of their own books, their Lodima Press (hint: try it backwards) is soon to branch out into publishing the work of other photographers.

If you ever get a chance to check out Michael and Paula’s pictures or books, don’t pass it up.

Over the years, I’ve fielded many thousands of enquiries of every conceivable type from photographers seeking information or advice, and certain requests surface time and time again. One of the most regular comes from people searching for one of master teacher David Vestal’s books, eitherThe Craft of PhotographyorThe Art of Enlarging. Both are absolute classics. Although I’ve personally had several mentors in photography, my true "teacher" during my increasingly distant youth was a developer-stained, dog-eared and beat-up copy ofThe Craft of Photographykept open on the counter of my first darkroom. One of the first things I did when I took over atPhoto Techniqueswas to persuade David to begin writing a regular column, which we called "Vestal At Large." It’s still one of the best things about the magazine.

Well,Photo Techniqueshas just published an unusual new booklet. Called "Advanced B&W Printing," it consists‚ get this‚ of all the handouts David Vestal has used over the years in his famous class at the Pratt Institute in New York! Talk about cool. Nicely illustrated by selected Vestal photographs, too. 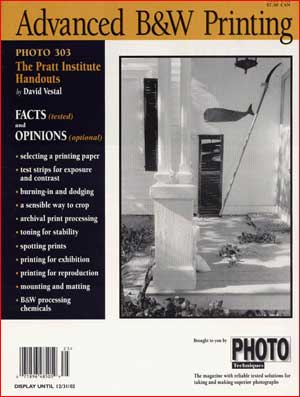 Now, I think you’ll agree that this kind of behavior on the part of a publisher can’t be allowed to go unrewarded. Okay, so it’s bit overpriced for the printing involved, and it’s sure not to prove a best-seller in our increasingly digital age. But it’s a great little taste of Vestal for all you darkroom diehards out there‚ especially those who have never managed to find the books. Even if you never intend to set foot in a chemical darkroom again, you may want this gem in your library anyway in years to come. My advice? Buy it now‚ or in a few years you’ll wish you had!

Do you enjoy reading this column every week? If so, you’re very sincerely invited to continue to enjoying it for free. (Really.) However, in response to several recent requests, I’ve decided to offer a signed original print for sale in case you would appreciate having a more substantive way to contribute to the ongoing, er, health of this enterprise. "Walleye Fisherman" was taken in the "Tip of the Mitt" region in Michigan in August 2002; the Canon inkjet print was made on 8.5 x 11-inch Epson Archival Matte paper and is signed and numbered. The cost is $9 plus $4 shipping and handling ($13 total) payable by PayPal tomichaeljohnston@ameritech.net. (Sorry, continental U.S. only.) 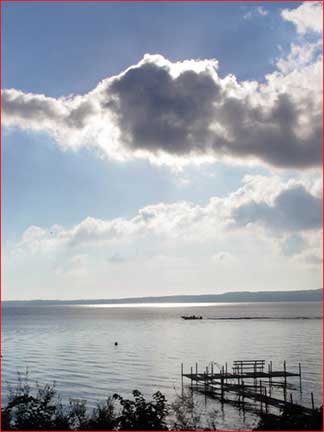 Could the real Olydak turn out to be a Pentax?!?

As you already know unless you’ve been hiding your genius away from the world under a rock or a bushel, it’s recently become official‚ Pentax will be introducing a digital SLR next Spring that will take Pentax-mount lenses. Not only that, but, from what my little birdies are chirping in my ear, Pentax may also be readying several purpose-built wide-angle lenses to complement the new camera. For more than a year now I’ve been harboring high hopes that the Olympus-Kodak collaboration would produce a small, high-quality SLR with a smaller-than-35mm sensor size and purpose-built lenses to match. Maybe the new Pentax will turn out to be what I’ve been waiting for all along.

I received the following e-mail from a fellow named Tim Chakravorty in regards to mySept. 22, 2002 columnabout 50mm lenses:

After reading what you wrote about the Zuiko 50/2 macro I could no longer rest in peace! So I impulse-bought one of those gems from the Bay for about $350 (that could have been spent on other things). I can honestly say this lens is simply outstanding! It’s better than any lens I have previously owned or used, which includes some great Nikkors and other well-known Zuikos such as the 35-80/2.8. It has a certain "3D" look to it that people often attribute to Leicas.

I’ve posted asample .jpegscanned from Fuji Velvia. Though it’s hard to judge lens performance when looking at heavily compressed .jpegs, when projected on the wall I could clearly readeveryletter on the back cover of the book that the subject is holding, and also the names of the towns on the map.

It’s truly an amazing lens‚ thanks for making me buy it!‚Tim

Ahh, it warms my heart to do good in the world. <g>