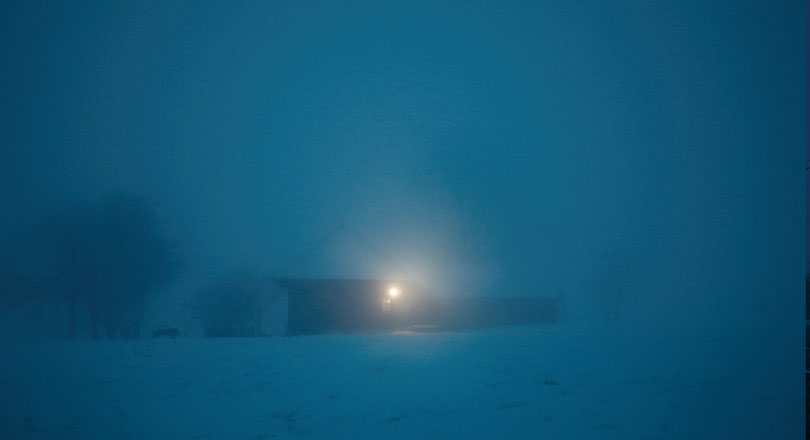 I first met Michael LeBlanc 18 years ago, when I was a touring musician with a label in need of a video and while he was leaping into film as a focus puller, mostly working for our mutual friend’s music video and commercial production company (the parent company of which, coincidentally, Luminous Landscape luminary Chris Sanderson worked at). His film journey began after a life of acting and music making himself. Michael had made a wise choice in terms of slipping into the film industry to become a DOP the way he did. A friend recently quipped that there are only two entry-level positions in film: craft services and director. In order to really get one’s foot in the door, stepping over that chasm of lost hopes and into a “real” career in film, the little advice I could give would be to shadow or apprentice in the sector of film you truly love, just as Michael did. In his case- the Camera Department.

If you see yourself as a behind-the-scenes kind of person willing to roll up your sleeves, cart around equipment, make and drink bad coffee, and move spaghetti tangles of chords in sub-zero temperatures, all the while snarling with eyes towards moving up a hierarchal pirate ship ladder of power, then message a film friend and say you wanna work today as a PA. You will be on set in no time especially if you live in a city with any sizeable productions, many of which are hungry for people with the grit for the work.

If you want to hold a camera and shoot “film”, then you’ve gotta make yourself known to a DOP or line producer of a production, or with a production house and say you’d like to work in the Camera Department – in any capacity (oh…and do everything mentioned in the paragraph above as well).

Now, If you are an Artist (yes, capital A) or self-convinced visionary and truly think you have a voice, then you must go about equally convincing a DOP, writer or producer to take you on. Much better than any of that, you would be wise to mortgage your life and shoot, write, produce, edit and promote your own music video, commercial or film on spec for your career advancement. Borrow equipment, ask for help. Exhaust your family, come out of retirement or leave school today. The dangerous and often self-sacrificial path of fools which keeps the species evolving.

You’ll cry all of the way and your favours will run out in no time, but the manifest expression of what you have to offer will be a triumphant if sophomoric calling card worth more than all of the years of suffering in a sector of film which does not need or value you. This thinking could be shuttled into any industry as a general rule, I am certain. Entry level director hopefuls who are languishing in a department unkind to their endogenous talents are bleeding for no one’s benefit. They should enter as they are and test their merit by directing. Art and business collide in film like no other place, an awareness of this or tolerance for it is a must.

If you do feel you have a genuine voice, then it is best to start re-reading existential human-positive philosophy, New Age self-help books or best of all adopt a rigorous spiritual practice, lest addiction and doubt filled suffering be the abyss of your non-choosing, but I digress hard- back to Michael LeBlanc !

Michael might be one of the hardest working cinematographers (and now directors) in Canada, He recently won Best Music Video at The UK music video awards – sometimes known as the “Oscars for Music Videos”. Most essentially, he has a voice.

So, what exactly is a “voice” for a DOP? Before we even begin to dissect what constitutes blocking a shot, lighting a shot, directing the action with the director, working a shoot schedule with an AD (assistant director), racing against the light, solving your natural light vs kit light alchemy, and carrying a full camera and steady rig around for 10 hours. Or in knowing if your composition has humanizing meaning or is a space of cliché all in one single frame…

We might remember our motivation to understand or be interested in the true nature of things, including human beings. We’ve all likely noticed that even the landscape devoid of the human form has a human voice. That voice is our very own projected from behind the lens or the evidence left by those who were once there.

Michael’s frames offer a lovely and haunting melange of pathos, humour, austerity and film history. His referential tone shows care for European mid-century film such as those of the oft-cited and rarely digested – Godard and Andrei Tarkovsky. A landscape photographer will see in Leblanc’s imagery the prime ingredients that bring to life a scene, however violent or subtly. Some of these being: “mysterious” light source, an off-set action, bodies as sculpture, large negative space and a hint of magical colour found in contrast and diffusion.

There is a story in these frames which is active even when divorced from the films whence they came. A feel in them is generated by implied sub-narratives, not accidentally. His work inspires the photographer in us to ask, What am I trying to say about human nature and about nature itself? The big stuff.

I believe it is incumbent upon the photographer, even the most clinical and design-first thinking among us, to ask these questions: What have I just said about the world? What is my personal voice?

Perhaps this is obvious to many of us, but it is always worth re-asking no matter what juncture of our professional or hobbyist lives as photographers we are in. If these are difficult questions then we are likely ripe for asking them and we should not cower away. Leaning into this stuff has instantly helped my practice, every time.

To meditate on what story lives in our frame is a challenge to our very core. Now! It is entirely reasonable to allow ourselves to work in a sort of naturae or try and be unspoiled by conceptual noise, but insight is never a waste. Why would we stop challenging ourselves?

LeBlanc is my film partner. We spent years making a feature and we have shot music videos together, hence my intimate profile of him as a digression into photography and seeing. We have poured over film and images as inspiration and have spoken at length about what light suggests and mechanically when to go wide, close, medium etc and how to create a viewpoint for an audience which is subtle and slips in as completely accepted by the viewer. This comes largely by analyzing what we are seeking in ourselves.

By my lights, Michael has studied the best in film and with his rough-and-tumble genuine East Coast Canada ocean sprayed spirit, has wrestled a mix of humility, humour, windswept beauty and mime-like gestural moments of love and loss between characters; human and otherwise. He has created his own world out of the one which serves as his muse. This is coming from a guy who spent countless hours arguing with him. We’ve learned from one another. What more can we hope for?

The photograph is a portal, and the subject is never alone in that picture. At it’s best, LeBlanc’s work inspires us to remember this and see accordingly.

FacebookTweet I met Lee about ten years ago when I ran a fashion boutique and mini-gallery/store in downtown Toronto. This was before his move to