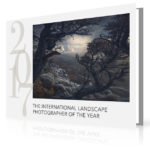 One of the most emotive questions facing landscape photographers today is whether their images should be factual. If you take a photograph in Yosemite, should it look exactly like Yosemite, or is there room for interpretation? As the head of judging for the International Landscape Photographer of the Year Awards, it’s a topic I deal with regularly. Our competition is … END_OF_DOCUMENT_TOKEN_TO_BE_REPLACED 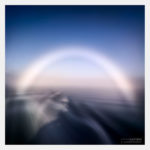 Processing your files while traveling is great fun, so it’s really important that the monitor you are using is up to the job! Peter Eastway reports from Svalbard, Bhutan, New Zealand, Australia… There’s nothing better than sitting down at the end of a day’s shoot, reviewing your images on a computer and doing a little post-production as well. It’s even better if the photos … END_OF_DOCUMENT_TOKEN_TO_BE_REPLACED

Technical Details: Phase One P65+ digital back on an Alpa TC with a 23mm Rodenstock lens, f5.6, 1/125 second, ISO 50,  tripod mounted, stitched.They say you’re mad if you travel in Australia’s North West during summer and, having done a trip in the middle of February (the southern hemisphere summer), I can understand why! It was so hot in some places that the … END_OF_DOCUMENT_TOKEN_TO_BE_REPLACED

Phase One P45+ digital back on a Mamiya 645 AFD II with a 28mm Mamiya D lens,f8, 1/125 second, tripod mounted, six images stitched together.Travelling overseas, there are many subjects which are ‘exotic’ and therefore ‘photogenic’. Years ago I produced an audio visual featuring hill towns in France and Italy. It was a big success in America and … END_OF_DOCUMENT_TOKEN_TO_BE_REPLACED

Australia is not known for its towering peaks and rugged mountain ranges. Indeed, its tallest mountain just tops 2,000 metres, so when you find a series of ‘hills’ like this, it is almost nirvana for an Austrailan landscape photographer! The Stirling Ranges rise abruptly from the desert and disappear just as quickly, but if you follow one of the dirt roads … END_OF_DOCUMENT_TOKEN_TO_BE_REPLACED