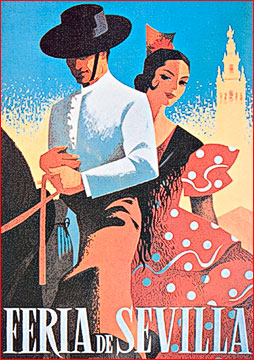 Every year, just after Easter, theFeria de Sevilletakes place. It’s hard to describe what this fair is. It’s not an agricultural fair. It’s not like Mardi Gras. It simply is an opportunity for the gentry in Andelucia (the province in southern Spain where Seville is located), to see and be seen.

People dress in traditional costumes — not only on the fairground but in the city as well. It’s wonderful and bizarre to see woman in 18th century costumes shopping in downtown Seville. They also ride their horses through town, and parade in elegant horse drawn carriages.

The fairground on the edge of town is filled with hundred of tents which offer hospitality to those invited. These tented pavilions are presented by families, social groups, companies and other organizations. From 11am through the night till 5am each day there is much partying.

This small photo essay was done while I was on vacation in Seville in late April, 2004. It is not any sort of attempt to document the Feria, but simply to display photographs which I took over the course of several hours spent there on two late afternoons.

The costumes worn by both men and woman are extraordinary. Indeed one feels that these are simply their clothes, rather than a "dress-up", especially on the part of the women. 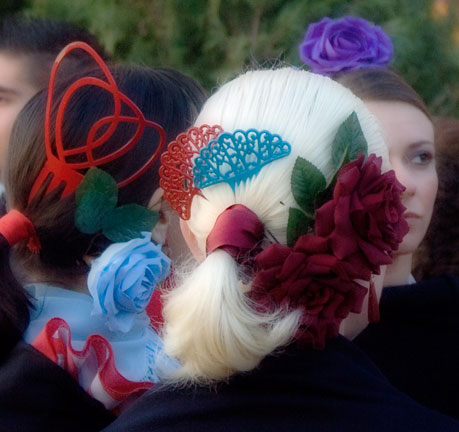 This photograph is about 25% of the full frame. I saw this group of women and their colourful hair pieces, but couldn’t get close enough, quickly enough, so I simply took it from where I stood. I used a technique which I callGaussian Blur Overlayto add a "glow" to the image, as it masks some of the optical defects of the huge enlargement, and also adds to something of the feel of the soft late afternoon light. 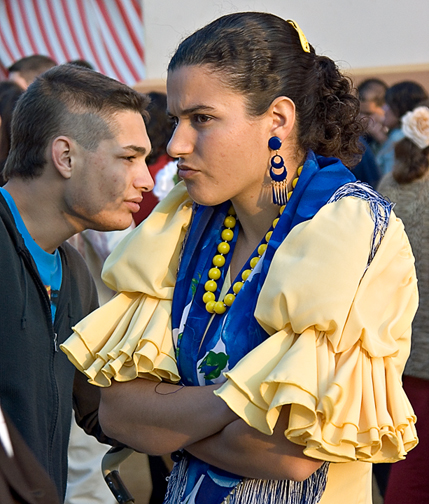 Faces are said to be the map of the soul. There’s something in this woman’s expression that describes her more than a thousand words could ever do. 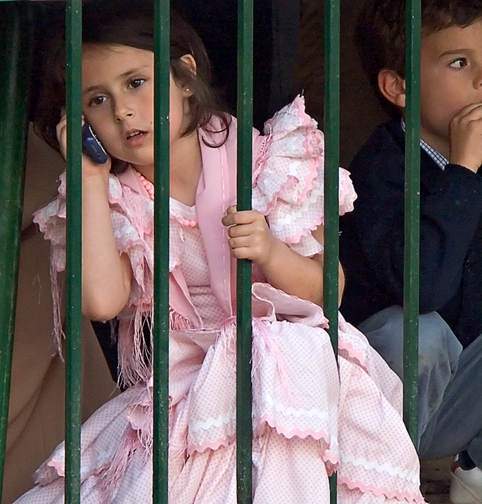 Everyoneis constantly on the phone. Even children. This lovely little girl and her bother were trapped inside one of the tented pavilions, looking like prisoners. Again, this crop is only about 50% of the full frame taken because the crowd was too thick to allow getting closer. Image quality has held up very well and shows the advantage of using a high megapixel count camera when severe cropping is needed. 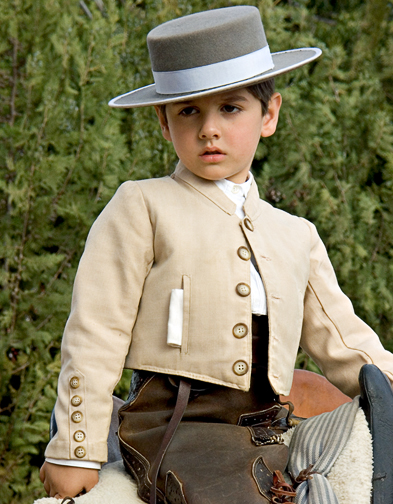 The Spanish dote on their children. At the Feria the aristocracy has an opportunity to parade and celebrate their young people as well as themselves. This young man likely has all the bearing of his father, even at such a tender age. The traditions of Andelucia will live on for a long time.

This page contains descriptions of changes made to this site during 1999.Current site update information is foundhere.Please check theTable of Contentsfor a complete overview of