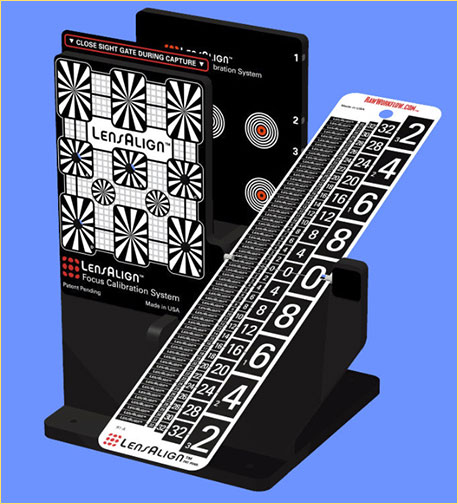 I believe that LensAlign is the solution – but what is the problem?

We’ve all read the plaintive cries of photographers on web forums complaining that their wonderful high-end cameras and lenses are back-focusing or front focusing. In other words, that the point that they think that the camera is focusing on is not what actually end up in focus. Rather, somewhere slightly in front of or behind that spot is the actual point of focus.

Maybe you’re one of the photographers that’s having this problem. It’s more common that you’d think. Here’s the reason why it happens…

Almost all cameras and lenses are mass produced. Any mass produced product, even very expensive ones like DSLRs and high-end lenses, is designed and then manufactured within certain allowed tolerances; those tolerances being set by the manufacturers themselves. The reason for this is that perfection is impossible (this is real-world manufacturing not Philosophy 101) and so unless you’re NASA with a celestial budget you have to live with the fact that the distance between the lens elements and the lens flange – the sensor and the focal plane, the autofocus mirror assembly and the focus sensor, and the myriad of other critical tolerances are not all perfect.

What camera and lens makers do to accommodate this reality is to define a certain range within which a camera body or lens must fall. If it’s outside of that range then it is repaired or replaced under warranty – if (and its a big IF) the customer detects a problem and complains. If not you may think that your camera and or lens just isn’t what it should be – and in fact it isn’t.

Using totally arbitrary numbers, let’s say that a camera or lens is determined to be within spec by its maker if it falls with a range of plus or minus 3. (+/- 3). A lot of the time any given camera or lens will be a -2 or a +1 and everything is fine. Indeed in this case that particular lens and camera will total a -1, which is well within the +/- 3 acceptability range.

So, now you see the problem. Joe The Photographer might have a -3 camera and sends it back to Nikon or Canon and says – it’s backfocusing. The service center tests it and replies – we see no problem, it’s within spec. Of course the issue is that with a particular lens of Joe’s, which is, say a -3, the combo is now a -6, which is well outside of tolerance. So, if you do detect such a problem it means sending the camera and the lens to the manufacturer and hope that they do the ajustment properly; not always the case from what I hear and read. 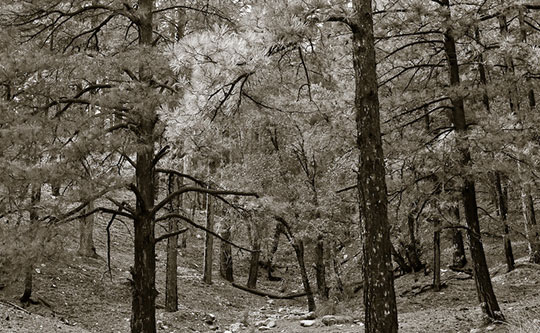 LensAlign to The Rescue

If you have one of the follow cameras, as of December, 2008 –Canon 1D MKIII,1Ds MKIII,5DII,50D, or Nikon D3, D3x,D300, D700, or Sony A900, or Pentax K20– you’re in luck. Each of these cameras has Micro-AF Adjustment capability. This means that you can instruct the camera that when a certain lens is attached it should automatically apply a degree of plus or minus focus correction. How cool is that?

Pretty cool, actually, but there’s a rub. How do you determine the amount that your camera and any particular lens that you might have are front focusing or back focusing?

There have been, till now, no commercial products design to assist with this task. There are several do-it-yourself methods, using rulers, charts and such, but most are problematic for one reason or another.

LensAlign from RawWorkflow.com is a precision designed and built device that allows you to accurately measure and then adjust the focusing accuracy of your camera (assuming it has Micro-AF capability) within just a few minutes. It consists of a base which can sit flat on a table, or be mounted on a light stand or tripod. It comes with a standard quarter twenty tripod thread on the base. Mounting on a stand or tripod is the best option, as we’ll see in a moment.

The purpose of the rear standard to to allow you to easily and accurately align your camera with the front standard of the target so that the camera and the target are exactly plane parallel. You do this by sighting through the camera and lens so that you can see the red bulls-eye of the center target perfectly. This is accomplished by moving the camera on its tripod to the left or right, up or down. When you can see the center red bulls eye you’re in perfect alignment.

There is a manual shutter mechanism that you can raise and lower to make the red bulls eyes visible or not. This shutter is there as a precaution so that your camera’s autofocus system doesn’t accidentally focus on the rear bulls eye rather than the front target when actually shooting the test. I found this rarely happens and so usually don’t even both using it.

Next you’ll notice in the photograph at the top of the page that to the right of the main unit there’s a high quality engraved metal ruler. This ruler can be tilted in varying degrees and has magnetic position stops for this purpose.

As you may have guessed by now if you’ve been studying the picture of the unit, the Zero line on the ruler is exactly plane parallel with the front standard target. This means that if you’re focused on the target, the zero lines on the angled ruler will also be in focus.

Once you have the camera and the lens you want to work with lined up perfectly you press autofocus on the camera while aiming at the center target. Now, with the lens set to its widest aperture (and therefore showing its narrowest depth of field) you either set Live View if you have it, or take a shot and go to image review. In either case, blow up the image on the camera’s rear LCD and scroll over to the angled ruler. What you’ll see is that the Zero line is in perfect focus and that depth of field trails off in either direction. 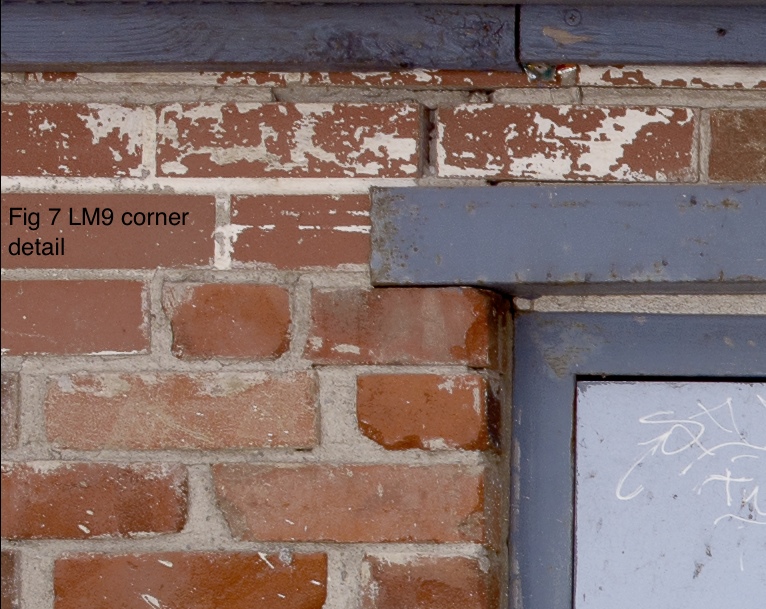 Or not. What you may see instead is that in fact the camera is focusing to some degree forward or backward of the Zero line. This is most readily observed by judging how much the numbers and lines in front of and behind the Zeros line are sharp relative to each other.

Now, put your camera into AF-Micro adjust mode and dial in an adjustment. If the camera appears to be focusing behind the Zero line dial in plus adjustment. If forward of Zero, dial in some negative adjustment. There is no correlation between the numbers on the ruler and the numbers on your camera’s AF-Micro Adjust screen, so it will take a bit of trial and error to get the setting done exactly right. But, by using either Live View or playback review with on screen magnification, the entire process shouldn’t take more than a few minutes per camera / lens combination.

Once done your camera will have memorized the adjustment needed for each lens that you own and will automatically apply that adjustment the next time that the lens is attached to that camera. Have multiple camera bodies? You need to set each camera, and of course each lens, individually.

My recommendation is that once you think you’ve got it nailed you take the camera’s memory card and pop it into your computer. Blow up the shot on screen and see how accurate you are. The large view on the monitor will obviously make it easier to see small differences. Also, to really accentuate the visibility of any minor errors, use Find Edges in Photoshop or the Radius tab under Detail in ACR or Lightroom, with the Option / Alt key held down.

Because descriptions such as the above can sometimes be difficult to follow, especially when a product or concept is new, we have created a video which shows the LensAlign in action, adjusting a 135mm f/2L lens on a Canon 1Ds MKIII. 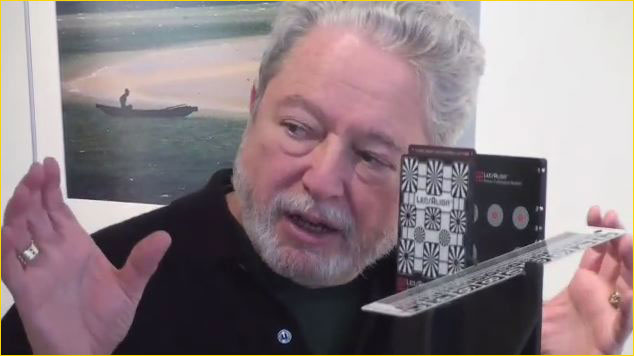 Please note that the above video is not to be regarded as an “official” tutorial
but rather is simply a quick explanation of how I use the system.

Though there are do-it-yourself approaches to adjusting AF Micro Focus,LensAlign is the first commercial product that is capable of doing so in a rigorous, accurate and repeatable manner. If you own one of the cameras that has this capability you owe it to yourself to adjust your cameras and lenses. My experience calibrating some 20 lenses on 3 separate cameras is that more than half of them show visible focusing errors which can be easily corrected with LensAlign. With top lenses selling for $1,000 or more, LensAlign seems to be a worthwhile investment to ensure that your camera is focusing them as accurately as possible.

LensAlignis available directly fromRawWorkflow.com at a cost of US $139.95, and will start to ship on Tuesday, Dec 16, 2008.

A version called LensAlign Lite is also available for $79.95. The Lite version is a modified design and is shipped unassembled (great for international shipping). It simply snaps together requiring no tools or glue, while said to maintain the accuracy of the full product. The Lite version also has no sighting holes in the Focus Target but is provided with a proprietary mirror to facilitate accurate sighting. There is no tripod thread. Shipments of LensAlign Lite will begin in early January, 2009.

There is a gaping hole in the spectrum of cameras currently available to serious photographers. Digital point-and-shoots flourish like weeds, and DSLRs continue to get