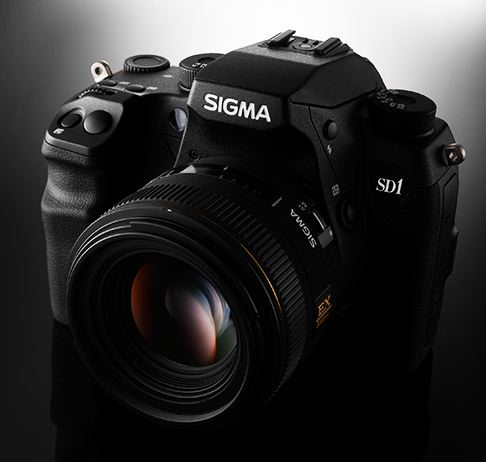 First announced at Photokina in September, 2010, theSigma SD1has finally become a reality. Scheduled to ship in early June at a MSLP ofUS $9,700 the SD1 is Sigma’s new flagship model and features the largest and highest resolution Foveon sensor yet. It has an APS-C sized (1.5X crop factor over Full Frame 35mm) sensor with a spatial resolution of 15.3 Megapixels. Due to its Foveon X3 sensor design it has a colour resolution of 46 Megapixels.

Because this is the most controversial and confusing aspect of Sigma / Foveon sensor-based cameras it’s important to spend a paragraph or two discussing this right off the bat.

Other than sensors that useFoveon X3 technologyall sensor (CCD and CMOS) use what is called aBayer Matrix so as to be able to reproduce colour. Silicon photo sites are not able to record colour directly, and so variousFilter Arraytechnogies have been developed to make this possible. A Bayer matrix is by far the most common, and is used in virtually every camera on the market, from the smallest point-and-shoot to the largest medium format backs.

A Foveon sensor stacks R, G and B sensitive photosites vertically instead of horizontally. The advantages are that no Bayer array is needed, and this means that there is no colour aliasing. No colour aliasing means no need for a blurring filter (AA filter), and thus higher resolution. And, though we are all used to counting the total number of photo sites in a Bayer sensor as contributing to spatial resolution, they don’t. It’s just that this is what we’re used to.

The debate with the SD1 then will be –as it has been with all previous Foveon sensor based cameras– is this a 46 Megapixel camera, or is it a 15 Megapixel camera? The answer will likely be that that it’s neither.

Real world testing (which I hope to do soon) will likely show (as it has with previous Foveon sensors) that the SD1’s actual comparative performance lies somewhere in-between these two numbers – likely in the 30 Megapixel range. If this is indeed the case, this will be a real breakthrough for Sigma, because till now, claims aside, one of the things that has held Foveon sensor-based cameras back from wider acceptance has been their small size and low resolution. This is theraison d’etrefor the new SD1.

The other Achilles Heel of X3 sensors has been their poor high ISO performance. Whether the SD1 can solve this issue, and whether potential buyers will trade off superior colour resolution for low noise high ISOs remains to be seen. 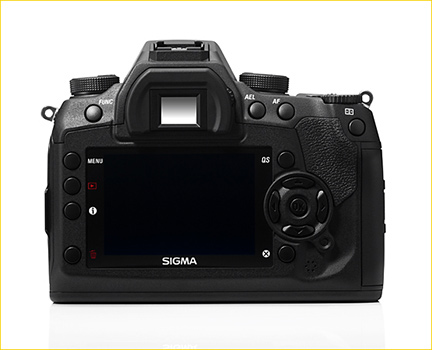 Nothing about the Sigma SD1 will cause more discussion than its price. At U.S. $9,700 this will be the most expensive contemporary 35mm DSLR ever. A full frame 24MPNikon D3xcurrently sells for about $8,000, and a 21MPCanon 1Ds MKIIIfor about a thousand less. In the medium format category a 40 MegapixelPentax 645Dcosts a few hundred more than the Sigma at $9,995, while aMamiya DM22, consisting of a medium format camera, 80mm lens and CCD back sells for $9,900. Finally, a 31 MegapixelHasselblad H4D-31including an 80mm f/2.8HC lens costs $13,995. Since the Hasselblad lens costs $2,195 the whole Hassy system isn’t a whole lot more than the Sigma.

Who would have thought that a 1.5X crop sensor 35mm Sigma camera would find itself priced more expensively than the top-of-the-line pro Nikon and Canon models, and in the same price range as 31MP and 40MP medium format cameras? Not many folks, I would venture to guess. The $10K price segment is clearly a tough one, with lots of very attractive choices from established players.

Of course this begs three questions?

– Is the image quality from the SD1 good enough to warrent this price?

– No matter how good the IQ turns out to be, will people pay ten large for a Sigma camera?

– Why has Sigma had to price the SD1 so high?

The answer to the first question can only be answered once reviewers as well as users have an opportunity to do tests. The answer to the second question is one that only the marketplace can answer, and we won’t know that until a year or so from now.

The answer to the third question will likely remain a bit of a mystery. But my guess is that this comparatively large Foveon X3 sensor has turned out to be very expensive to fabricate, likely due to low yields. This puts it in the same boat as much larger medium format sensors in manufacturing cost if not in size.

Pentax was able to price its 40MP sensor-equipped camera at under $10K because they were willing to commit to a high volume sensor buy. That gamble seems to have paid off because reports are that the big Pentax is selling quite well in most world markets. People are also used to buying expensive medium format cameras from Pentax, and have been for decades. But Sigma has not been known till now for either high-end or terribly expensive cameras. Their latest DSLR, theSD15sells for under $1,000 – nearly 10 times less than their new flagship the SD1. 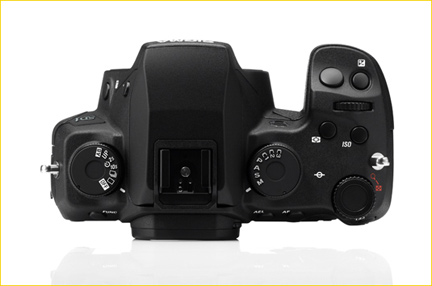 Not unsurprisingly every other aspect of the SD1 pales in significance after its unique sensor and stratospheric price. What the specs tell us though is that this is an O-ring sealed (weather resistant) light weight magnesium alloy body. There is an 11 point cross sensor autofocus system and a 3 inch 460K pixel TFT rear LCD.

The SD1 is capable of shooting (for the first time in a Sigma / Foveon camera) simultaneous JPGs and raws at up to 5 FPS, and uses CF cards for storage. ISO range is from 100 to 6400.

Of course one can not live by sensors alone – one also needs lenses. The SD1 has a proprietary Sigma lens mount. Sigma makes some 40 lenses for the SD1 so there is no shortage of glass. But for most photographers, excepting newcomers, (and this is definitely not a newcomers’ camera), buying an SD1 will mean buying new lenses.

Sigma is known primarily as a lens maker, and their lenses line varies from mid-range consumer to very well regarded semi-pro and pro-grade glass. It will clearly be an important consideration for any photographer contemplating the purchase of an SD1 to choose their lens selection carefully, with the SD1’s high resolution and colour accuracy closely in mind.

That’s about it until we get a chance to try the SD1 for ourselves. I’m keen on comparing the SD1 to two cameras in particular – the Pentax 645D and the Leica M9. The big Pentax competes directly in price with the SD1 and has a 40MP sensor, challenging the SD1’s 46MP X3 resolution. The M9 is a few thousand less than the SD1 but has an 18MP Bayer sensor without an AA filter, again challenging the SD1 in terms of spatial resolution and freedom from aliasing. I have both of these cameras on stand-by waiting for a sample SD1 to arrive for comparison.

Photography is about the print.  You have heard it before and you’ll continue hearing this—at least from all of us at Luminous-Landscape.  For some,