Getting it Right The Second Time

When Sony started shipping the NEX 3 and NEX 5 in July, 2010 reviewer and user comments fell into two distinct categories. The first praised these new cameras for their small size, innovative design, terrific sensor, and high image quality. The second category was filled with the sound of curses and the gnashing of teeth as reviewers and users alike struggled with what may be charitably described as among the worst user interface designs ever in a digital camera.

I won’t repeat the litany of woes here. You can read them in myNEX 5 First Impressions Reportand again in myNEX VG-10 Camcorder Review. In short – jumbled organization (related functions located on different menus), no shortcut keys, buried functions requiring multiple pressing or wheel scrolling to access, and forgetful menus that never returned to the last place where you where, and which dead-ended after many choices, without cycling back to the top of the list.

But, praise be, at Photokina in late September Sony officially announced that they would have a firmware update for the NEX 3 and the NEX 5 that addressed many of these concerns, and that it would be available as a free download from Sony support sites by mid-October. Sony also announced that a firmware upgrade for the NEX VG10 camcorder will be forthcoming in November. 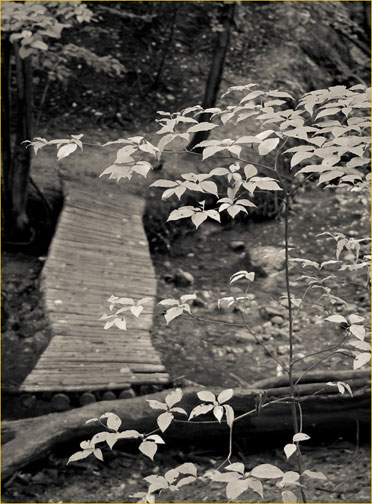 Within a day of the announcement I was able to obtain a beta of the software (It’s called Version 0.3) and as this is published have been working with it for a couple of days. Here then is a description of what it does (and doesn’t do).

Installation is straightforward using the camera’s supplied USB cable. Unlike with some cameras the update can not be done from a card.

Once installed one should press theMenusoft key and then theSetup icon. There, scroll down about halfway and you’ll see a new item calledMenu Start. If you selectPreviousyou can now return to the last menu item selected the next time you go to that section. Scrolling through from the bottom of a menu to the top is now also implemented.

One other addition is the ability to set the length of time that manual Focus Assist is active. Also, the enlarged position is now maintained rather that reverting to the center every time.

Here is what this is all about.

As a NEX 3 or NEX 5 owner you know that there are three buttons on the back of the camera. One each at the top right and the bottom right of the LCD screen and a third in the center of the scroll wheel.

Sony calls these buttons A, B and C. The top button is A, the bottom button is B and the center scroll wheel button is C.

With the new Firmware button A remains unaffected and is always the Menu button. Buttons B and C though are now user programmable.

Button B can be reprogrammed to be…

When you set one of these the bottom C button not only takes on that function but also the LCD screen displays the name of the function next to it.

Button C (the center button) can be programed to be one of three Custom settings; 1, 2 or 3. Actually not just one of, but all three. Here’s how it works.

Each of the three Custom positions gives you the following choices…

When you now press the C button (which now is labeled on the LCD as “Custom“) you will see one of the three Custom choices, and can use the scroll wheel to cycle though its choices. But you can also press the scroll wheel to the right or left thereby activating the other two Custom selections.

How Well Does it Work?

I set my B button to be Shooting Mode, and my C button to be ISO, Metering Mode, and White Balancec. Other users will be able to set the four functions that they need to access most frequently. No more fumbling through deep menus to find a basic shooting control.Hurrah.

Are things now perfect? No. These changes only work in PASM modes, and when you switch to one of the special modes, such as Sweep Panorama or Anti Motion Blur, menu selections revert to their pre-firmware-update defaults. This is likely because in these modes most settings are fully automatic, but it can be somewhat disconcerting.

One of the major complaints about movie mode on the NEX 5 was that it was completely automatic – no shutter speed, aperture or ISO controls. The camera knows best. (Video image quality is pretty good, notwithstanding this limitation).

I can’t say that I’m all that thrilled about this update. The camera still sets whatever shutter speed and ISO that it wants. This means that you can find yourself shooting video with a 1/500 sec shutter on a sunny day and your video will look like crap. If you use an ND filter, polarizer, or better yet a variable ND, you can reduce the shutter to something more appropriate, but you’ll have no idea of what it is.

Dear Sony– can we please have control over shutter speed and ISO as well? Please! I know that this might cut into sales of the VG10, but some of us really would like the kind of manual controls that competitive cameras like the Panasonic G series provide.

Autofocus With A Series Lenses

If you have the optional Sony LA-EA1 lens adaptor you know that you can attached an Sony A series lens to your NEX camera. Aperture control works, but not autofocus. In fact, if memory serves when the system was first announced AF capability with A lenses was going to be available, but when the adaptor shipped, it wasn’t. Now it is.

The LA-EA1’s firmware is updated by attaching it to the camera and running the update application with the USB cable attached, just as when updating the camera’s firmware.

Any of the 14 currently available Sony SAM and SSM lenses can be used. Older lenses with mechanical AF coupling will not autofocus.

How well does it work? Let’s just say that it’s like the dog that can speak. It isn’t so much what he has to say, as that he can speak at all.

I tried six different lenses and all autofocused fine, but I found that the AF speed ranged from about two to four seconds. I would therefore judge this to be one of thosenice to havecapabilities, but frankly not something that I would use often, and certainly not at all if the subject is moving. 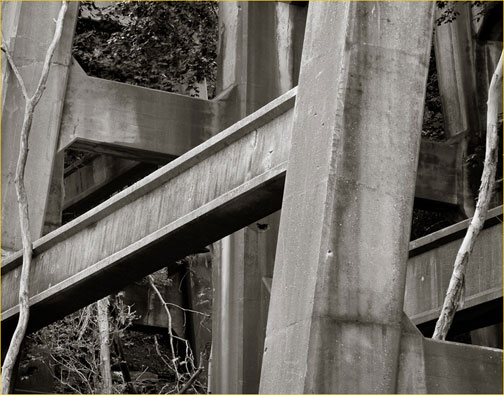 The update firmware that I used was MS Windows only. There may be a Mac versions, but it is not yet clear when or if. If there isn’t one you’ll have to either use a virtualization program like Parallels or ask a friend with a Windows machine to help you out. (Just because your friend uses Windows doesn’t make them a bad person.)

Other than that there’s not much in the way of bad news. This firmware upgrade doesn’t do everything that one could wish. The menus are still poorly organized, with related functions found in different places. Still no 24P video. 🙁

But, the NEX 3 and 5 have become transformed for the better, and the cameras now at least have the ability for users to customize controls to a sufficient degree so that the minimalist button controls can be set to ones preferred functions.

Well done Sony! From complaints to shipping firmware update in three months shows that there are execs at the company that are listening to end users, and who care. This won’t go unnoticed or unappreciated by the user community.

Introduction I am a San Francisco Bay Area-based fine art landscape photographer. I have been photographing landscapes for the last twenty years. Since 2009, I