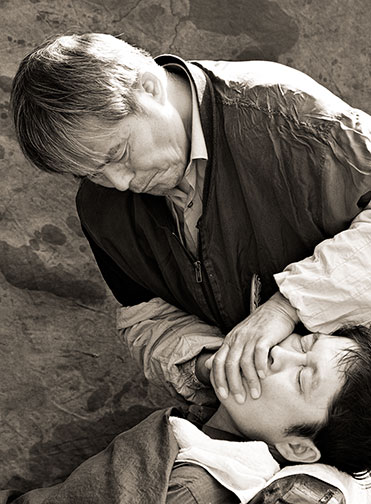 My original career was as a photojournalist. Though for the past decade I have concentrated on landscape, nature and wildlife photography, I do documentary street shooting whenever the opportunity arises, and especially when I’m traveling.

One such opportunity was on a recent workshop which I conducted in China, in October, 2005. Our travels took us to someclassic landscape locations, but we also spent quite a bit of time wandering the streets of rural villages, small towns and even larger cities, including Shanghai with its population of 17 Million people.

I’ve written on this topic before, and have dealt with it on theVideo Journal, but it’s worth revisiting, because so many people have a hard time being comfortable doing street shooting, especially in foreign locales.

Here then are some guidelines, which I apply to my own work…

–Dress appropriately.If you’re going to be walking around taking photographs, dress the way that most of the people you’ll be shooting dress. In other words, if you’re at a wedding, wear formal clothes. If it’s a street market, jeans are appropriate, and if it’s the beach, wear shorts. Don’t wear a Hawaiian shirt to a funeral.

–Don’t carry a lot of gear. Ideally, just one body and a couple of lenses. No camera bag, or if you must, a small canvas sack with an extra lens and a couple of memory cards and batteries. This will allow you to walk further, work longer, and not be singled out as a target for theft.

–Keep it small and simple. A large camera body (1Ds or D2x style) along with a large white lens makes you stand out like a sore thumb. A small camera body and a single medium zoom (or a couple of fast primes) is all that’s needed. Long lenses have no place when doing this sort of photography. Keep it short, keep it simple. Keep it fast.

–Use Auto-everything.I know this is going to get me kicked out of the fraternity, but set your camera on a high ISO (400) and set it in Program mode. The reason for this is that documentary photographs often happen in a split second. You don’t want to be thinking about whether or not you have a fast enough shutter speed selected, or enough depth of field. Buy yourself some time by setting the camera so that you can swing from the sunny side of the street to a shadowed doorway in a split second, and still get the shot.

If you have the time, put the camera into whatever mode you prefer; set all the settings the way that you want them, and then take the shot. But don’t walk around with the camera set for one type of shot when chance provides you with another. Be prepared. (In the days of shooting with an M Leica, the equivalent was to put in a roll of Tri-X, set the aperture and shutter speed to a median value for the prevailing light conditions, and set the hyperfocal distance for the chosen aperture. Ahh – the good old days. 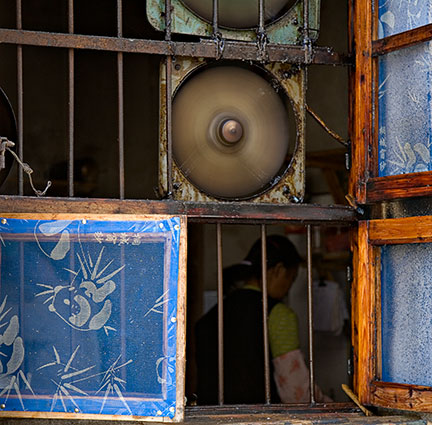 –Keep the camera in hand.Don’t wear the camera around your neck like a tourist, or over your shoulder. Wrap the neck strap around your wrist and carry the camera in your right hand. When you see a shot, lift it to your eye, zoom if you have one, and take the shot. Then put your arm down by your side. Don’t try and hide the camera. People will see that attitude in a flash and become nervous.

–Smile.Smiling is contagious. If you see someone looking at you working, whether you’re shooting them or not – smile. Nothing allays suspicion like a smile.

–If asked not to – don’t shoot. Occasionally when you photograph someone they will scowl or wave you off. If someone objects to having their photograph taken, then don’t take it. Smile, and move along. Hopefully you already have the shot. It’s extremely rare for anyone to do more than simply object.

–Look beyond. One of the tricks that I sometimes use when doing street shooting is to appear to be focusing (literally, and figurative speaking) at something beyond the person I’m shooting. I’ll even go so far as to turn slightly away from them and make a bit of a show of shooting something else. This sometimes works, and they will then ignore you. Sometimes not.

–Legal Use.In most places in the world photographing people in a public place for non-commercial purposes is legal. As long as you are not using these photographs in commerce (advertising for example) or holding the person up to ridicule, you’re OK. The use of such photographs as fine art, or for editorial purposes, is generally allowed. But do get appropriate legal advice if your photographs are intended for other than fine-art use. 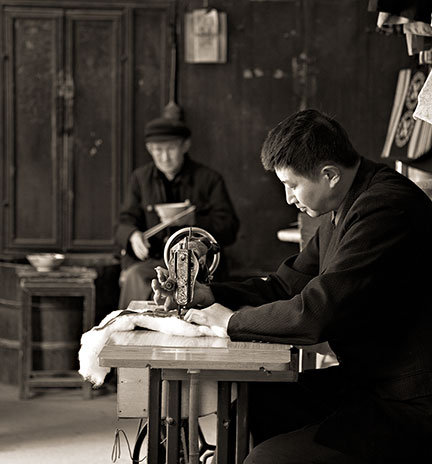 The first thing to bear in mind is that the laws and customs in various countries are different. Do some research. For example, in France, the home of Cartier Bresson, it is now not legal to photograph people in public places, even for non-commercial purposes. (More honored in the breach than the observance, I am told).

Also, the situation you find yourself in dictates how you conduct yourself. Photographing children in a playground with a long-lens is likely to get you punched in the nose, or even arrested. But taking photographs at a public event like a street festival or market is innocuous. Use common sense.

In China, from villages to big cities, I found people to be very unselfconscious, and allowing of having their photographs taken. On only a few occasions was I waved off or given a nasty look. In each case I simply smiled and walked on.

If you speak Mandarin, or are with someone who does, remarkably, people’s homes and shops will be open to you. On numerous occasions we simply asked if it was OK to take photographs, and were invited in. A smile, a kind word, and polite behavior, go a long way. Occasionally children would ask for money – usually in touristy places. No harm in giving them a dollar or two, but make sure you get the shot first.

If you are not Asian, be aware that you will stand out in a crowd no matter how discrete you try and be. You’re a curiosity, and quite visible, so there’s no point in trying to pretend you’re a local just out for a walk. Just be who you are – clearly a foreigner with a camera.

Many of the photographs on this page were taken in the old quarter of Shanghai, an area of some dozens of streets covering maybe 100 square blocks, that is filled with outdoor life – street vendors, open stall shops, and just general street life. Other than every second person speaking on a cell phone, much of it looks like it could have been seen the same way in the early part of the last century.

Chris Sanderson and I wandered the streets of this area for the better part of a day, just stopping for a coffee and to rest our legs from time to time. Hundreds of frames and many Km of walking later, there were likely just 3 people who waved us off, a few curious stares, but mostly just people going about their daily lives and paying us little heed. 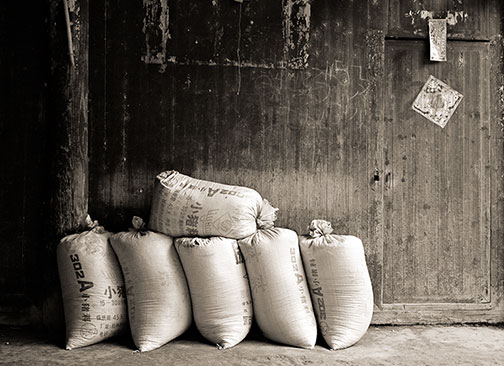 I know though that for all my encouragement and advise, there are many photographers who just aren’t comfortable shooting people in public places. If you count yourself among these, don’t despair. You’re not alone, and there are many alternatives.

What I callurban landscapesare one approach, and there are a few examples on this page. They may not contain people, or if they do the person is not the primary focus of the composition. Instead they capture a vignette; a still life, if you will, of a place and a moment. 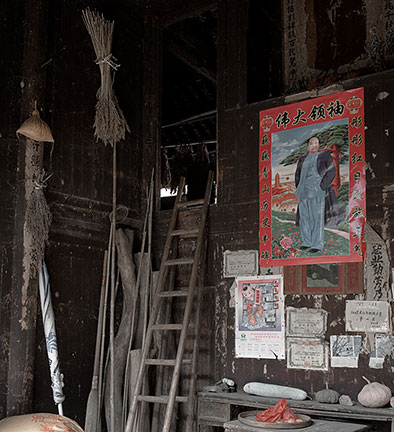 Photographing Models and Nudes An Interview with Bill BrentPhotos by Bill Brent Mike Johnston:Bill, I've just spent some time poking around on your website,www.bbrent.com. There's