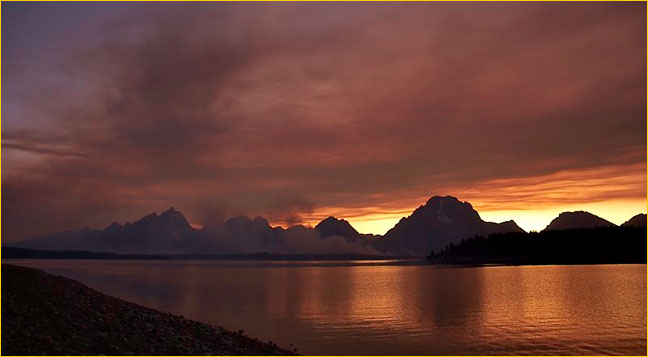 It’s just about a year since I visited Michael’s gallery in Toronto and was exposed (excuse me) to the Sony A900 for the first time. He was a bit like the serpent in the Garden of Eden – he tempted me with his own gear and I subsequently sinned most grievously and bought an A900 system too.

This article is an examination of the fruits of my sin after one year and over ten thousand shots. Was it worth it? What worked well, and what not so well? Would I do it again?

The things that impressed me so much at the outset were the very big and bright viewfinder and the simplicity of the user interface. The former continues to be a delight, especially after using some other high-end cameras. It reminds me more of my MFDB gear.

The user interface is as intuitive as ever, though to be fair almost any user interface would be after twelve months of use. And although the top LCD screen came in for criticism from reviewers as being unnecessary, I find it very useful. The A700, which I bought as an emergency back-up to the A900, doesn’t have the top screen and I miss it when using that camera.

Initially I had doubts about the SSS – the in-body stabilization. The plus is that it effectively means every lens is an IS or VR lens; the minus is that you don’t see the image freeze in the viewfinder, something that I think reinforces one’s steadiness, though that may just be psychological. Still, I’ve found the SSS very effective and have become quite adept at “watching the bars” before I release the shutter. It’s particularly novel with macro lenses, most of which don’t have IS or VR.

I have slightly mixed feelings about the auto focus. It is very accurate – I have no concerns there – but it can be quite slow with longer lenses. At first I thought this might be a serious drawback as I use the camera primarily for wildlife, but like many things, one adapts and compensates and now I rarely have a problem with it. Still, it does not have the same quick snap of, say, Canon.

My main dislike is the noisy shutter. It is an articulated design to allow for the full frame sensor and it makes quite a “clunk” on being released. Using it at 5 fps sounds a bit like a train coming down the tracks. The A700 is whisper quiet by comparison.

The only other irritant is the rear lens cap design. You can only put the cap on after aligning an arrow with the red dot on the lens. This is a nuisance when you’re in a rush, or in poor light because it’s hard to see the arrow, and you can’t feel it if you’re wearing gloves.

Battery life is pretty good – I find a fully charged battery lasts a bit longer than an 8 gig card, or around 250 shots, though I have managed over 400 shots before the camera actually dies. The vertical grip is a very useful accessory when I want to travel light – although it is heavy in itself, it does hold two batteries. I can slip my favourite lens on, throw an extra card in my pocket, and I’m good for a day’s hiking without carrying anything else. 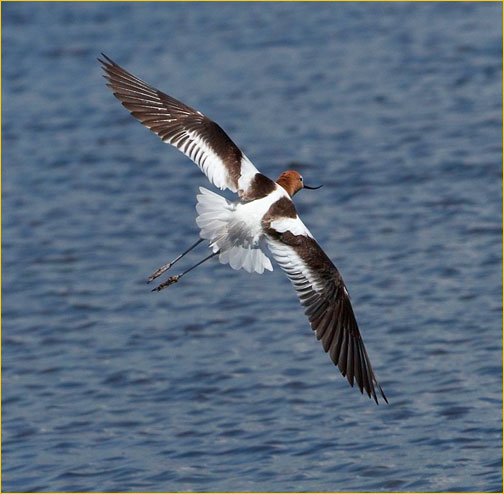 One of the most important motivators for me was the availability of Zeiss lenses, specifically the 24-70 mm f/2.8 and the 135 mm f/1.8. They have both justified my choice of Sony and still do – in spades. The 135 F/1.8 is simply one of the sharpest lenses I’ve ever used, on anything. I find myself using it more and more whenever super-fine detail is needed.

But the big surprise to me is not the Zeiss lenses, whose reputation has been well established for more years than I’ve been alive, but the Sony “G” lenses. The 70-300 mm G is light, well balanced and sharp at all focal lengths; the 70-400 mm G, while certainly not light, is even sharper. At the risk of sounding like a broken record, it’s the sharpest zoom of its class I’ve ever owned. It is a great wildlife lens and the SSS works very well with it.

The 300 mm f2.8 G is also a real winner. Its resolution is certainly as good as the exceptional Canon equivalent, which I have owned. But it has two drawbacks – it doesn’t focus as quickly, as I’ve already mentioned, and the matching Sony tele extenders do not work with auto focus. The lens becomes a manual focus lens, which is not very helpful for fast-moving wildlife.

I also bought the 500 mm mirror lens but I find myself using it rather rarely. The SSS is not very effective for hand-held photography at this focal length; the f8 maximum aperture needs slower shutter speeds. It is a nice sharp lens when used on a tripod, but on the whole I’d rather use the 70-400 mm G and accept a smaller image. The sensor has lots of real estate for cropping!

If you wonder why I don’t comment on wide-angle lenses it’s because I don’t have any other than the Zeiss 24-70 zoom, because I generally use medium format for that sort of photography. The Sony is for wildlife where longer lenses tend to be the order of the day. 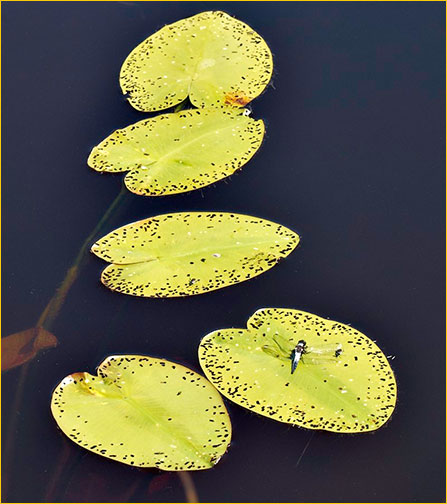 Anytime you look back on a camera purchase, one of the critical issues to be examined is reliability. I’m very pleased with the A900 body. It has performed flawlessly in every respect. I’ve used it extensively in the throes of a Great Lakes winter in temperatures as low as -24C and in the South Pacific where it was a very humid and rainy 34C.

In addition, I’ve only once needed to clean the sensor with my Arctic Butterfly – the self-cleaning sensor vibration Sony uses is extremely effective.

The lenses are a slightly different story. After 11 months of admittedly quite hard use, my Zeiss 24-70 refused to focus at infinity. The infinity mark showed up OK, but the pictures were very blurred unless one stopped down to f16. But the lens does have a two year warranty, so it went back to Sony Canada, who then sent it on to Japan for a new optical assembly. They fixed it well, but I was without the lens for exactly four weeks.

I also had a problem with my 300 mm f2.8 G – it simply wasn’t as sharp as my zooms at the same focal length! It too went back to Sony, who, to their credit, promptly gave me a new lens, no argument, no messing about. Great service from Sony – but less than satisfactory quality control.

My other Sony lenses have all performed just fine and continue to feel as tight and smooth as when they were purchased. I also use a Sigma 70 mm macro, which is a gem and performs very nicely with the SSS. 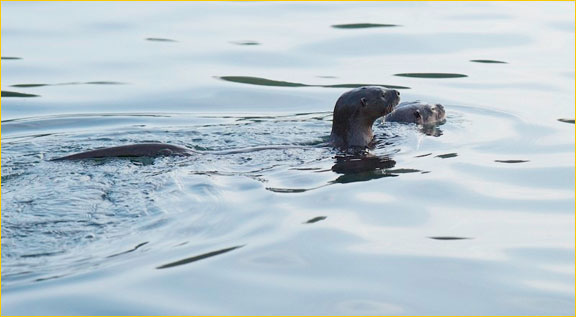 Big bright viewfinders, intuitive user interfaces, reliable bodies and sharp lenses all count for naught unless image quality is outstanding. In the case of the A900, it is. Indeed, image quality is the most compelling reason I’m still using the Sony after a year.

It’s hard to describe in words, and 70 – 100 dpi JPGs on the screen won’t show it, but there’s a sort of delicacy, a sort of transparency to the Sony files that I absolutely adore. Fine detail abounds and the dynamic range is most impressive, particularly in the highlights. Compared to files from my former DSLR system (the one with faster auto focus!) they seem more “film-like” – not necessarily “better”, but certainly more to my taste.

Many times I will open a file in Capture One and find it needs very little (or occasionally no) adjustment. That may partly be due to the excellent defaults in C1, but the Raw image itself must take most of the credit.

Incidentally, while over the last year I have generally found C1 to provide the best Raw conversion for my purposes (Aperture does a nice job too), my initial impressions of Lightroom Beta 3 with the A900 files, unlike LR2, are very positive.

There’s been a lot of discussion about high ISO noise in the A900 images, including tests by Michael on this site, but in truth I’ve not found much to complain about. I might feel differently if I were doing a lot of hand-held available light photography, but for my needs it’s pretty much a non-issue. ISO 800 is fine, 1600 is pretty good and 3200 is OK if I must.

Keep in mind that I don’t care how much noise I can see at 100% on screen – it’s only what appears in prints that matters; I simply don’t see much at all, and what I do see doesn’t detract from the image.

This is my wish list for the next year in the life of my A900.

Top of the list is a super-telephoto to compete with Canikon’s 500/600 mm offerings. The icing on the cake would be if it were from Zeiss, though a “G” lens would be entirely satisfactory.

Next is a teleconverter that preserves auto focus. There are several independent brands available that achieve it – why not a Sony matched converter?

Third, on behalf of my friends who use the A900 for wide-angle shots, why not some Zeiss wide angles – say a 20 mm and a fast 35 mm? Zeiss already make the glass, after all. Surely their collaboration with Sony could give us some “A” mount auto focus versions?

One year later – would I do it all over again?

Emphatically yes – but it’s still your turn to buy lunch next time I visit theLuminous Landscape Gallery, Michael! After all, I don’t know what it may cost me in gear….

Bill is a retired corporate executive who has been photographing for (well!) over 50 years. Some of his work may be seen athere.Bill has written several other articles on this site including,Using a Canon 1D in New Zealand,Some Thoughts on Camera Collecting,Sony A900 – A Second Opinion,Camera Nostalgia, and a review of theCanon 24-105 EF IS lens.

Seven of The World's Leading Photographic Instructors   "Having been to Antarctica with Michael and Kevin, I would say after having traveled the world and