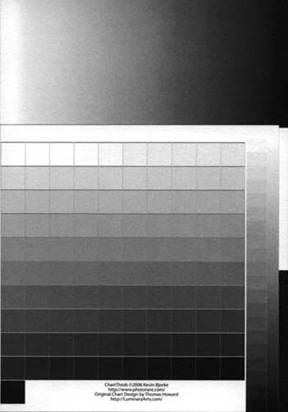 Michael Reichman often gets comments from people who can’t seem to understand why he pays so much attention to how well cameras handle when he is wearing gloves.  Ben Lifson was criticized for pointing out that theLeica Digilux 2works well with the traditional Leica leather strap.   It seems that some people don’t realize what an important role ergonomics can play in photography, especially for those of us who frequently work with cameras and lenses for many hours a day.   The fact is, though, that ergonomics are extremely important in photography, especially for professional photographers.

Many photographers who work in fast-paced conditions not only bring multiple cameras on location but also keep these multiple cameras with them on their bodies using straps.   This is often the case for photojournalism, wedding photography, sports or any other type of work where one does not want to miss pictures because he or she is changing lenses.  For film photographers, one body might be loaded with color film and the other with black & white film.   Photographers who primarily use zoom lenses may make do with just one or two bodies but those who primarily use primes often choose to carry three or even four camera bodies on their person simultaneously.  That way, the camera and lens combination one needs is always close at hand.

One can carry multiple bodies by placing all of their straps around his or her neck but this can be an awkward set-up where cameras constantly bang into each other, straps get tangled, etc.  It also places a lot of weight on the neck and a lot of pressure against major arteries that provide blood flow to the brain.  If I have the luxury of time for lens changes, I usually carry just one camera (normally theR-D1) in my right hand (with it’s strap wrapped around my right wrist to act as a tether).  But for work that is fast-paced, I usually carry two or three bodies.  One camera strap goes around my neck and the others go over my right or left shoulder.   That keeps the cameras away from each other but it introduces a new problem.  I move around a lot when I’m photographing and those straps on my shoulders don’t always want to stay in place.  I often end up hunching my shoulders a bit as I’m running around, trying to make sure my straps don’t slide off my shoulders and send several thousands dollars worth of equipment crashing to the ground.  It’s kind of a comical picture to imagine but in real life it’s no fun.

Enter theUpstrap, a simple invention that is designed primarily to keep cameras, bags and other equipment from sliding off one’s shoulders.  The strap has a very simple purpose, but an important one.   As can be seen in the photo above, the key part of the Upstrap is a thick and very pliant polymer pad with little nubs all over it.  The pad is meant to distribute weight over a larger surface area than a thin strap and, more importantly, to grab onto fabric aggressively so that it stays put.

I kept hearing from various photographers about how wonderful these straps were and decided to test a couple of them while photographing a wedding in Lancaster, Pennsylvania last month. I mounted the SLR model strap on our review copy of theOlympus E-1and the RF/DC model on my trusty Epson R-D1. Usually, the Oly went around my neck and the R-D1 over my shoulder. Did they work?  Must be, because I never gave either strap a single thought during the ten hours of, mostly continuous, shooting I did that day.  I didn’t have to hunch my shoulder or lean a certain way or go into any kind of contortions to keep either camera from sliding off my shoulder.   The straps just stayed where I put them and drew no attention to themselves.  In other words, they worked exactly as advertised.  In my mind, one of the best things a piece of photographic equipment can do is to stay out my way when I’m working.  The less attention the equipment requires, the more attention can go to the subjects.

The Upstrap costs just under $30.00 and it’s certainly worth the money because it does exactly what it is supposed to do.   Models are also available for binoculars, camera bags, laptop bags, etc.   I’m now using the Upstraps on a camera bag, my R-D1 and my Canon 10D.  I’ll add another strap for my 1Ds soon. Highly recommended.

Sean Reid, an American, has been a commercial and fine art photographer for over twenty years. He studied under Stephen Shore and Ben Lifson and met occasionally with Helen Levitt. In the late 1980s he worked as an exhibition printer for Wendy Ewald and other fine art photographers. In 1989, he was awarded an artist-in-residence grant from the Irish Arts Council in Dublin, Ireland. Hiscommercial workis primarily of architecture, weddings and special events. His personal work is primarily of people in public places. Having worked mostly with large format and rangefinder cameras for many years he now works primarily with Canon DSLRs and Epson R-D1s. Many of his newest reviews and other articles can be found athttp://www.reidreviews.com