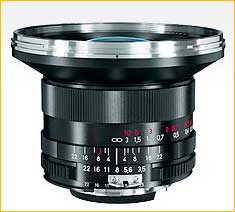 TheZeiss Distagon 18mm f/3.5is a strange duck. Designed in Germany by one of the worlds most honoured and oldest lens makers, and made in Japan, this optic offers excellent image quality, light weight and bulk, superb build quality, a high price, and a distinct lack of modern features.

In fact, when you open the box you’d be tempted to think that somehow you’d been sucked into a black hole and ejected back nearly half a century into the year 1959. The Distagon has a lens coupling prong, designed to inform the Photomic meter prism of a 1960s Nikon F of the lens’ and current maximum aperture, something that’s been done for the past few decades electronically. But not the 18mm Distagon. It has the coupling and no electronic interface. Why that coupling is still on the lens is a mystery to me, since there hasn’t been a camera made that requires it in some 35 years. Nostalgia for its own sake? Maybe.

As a consequence a modern camera like the Nikon D3 can not display the actual aperture in use without user intervention. Instead it displays the numbers 0 – 1 – 2 – 3 and so on for the full stop apertures beginning with f/3.5. Somewhat confusing to say the least, though the metering does work properly.

Nikon is their recent cameras does allow for the programing of non-chipped lenses, so pull out your user manual and see how easy it is to do this. This will allow for full recognition of the lens’s maximum aperture and will record aperture data in the EXIF file as well. 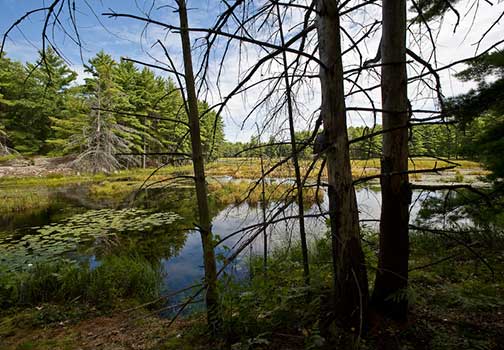 The 18mm Distagon also does not have autofocus. But, just as it has a manual diaphragm ring to set the aperture (just like the good old days), it also has a buttery smooth focusing ring. The good news is that the focus confirmation light on ones camera does show when focus has been achieved, so on a wide lens like this the lack of autofocus isn’t really that much of an impediment.

If you really want to go retro you can outfit your camera with an appropriate ground glass and eschew autofocus confirmation completely.Real men don’t need no stink’n autofocus. 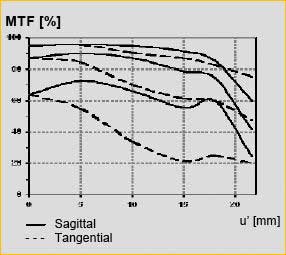 No product exists in a vacuum. It competes with and succeeds or not in the marketplace depending on how it stacks up against the available competition.

The lens that I’ve chosen to compare the Distagon with is theNikon 14-24mm f/2.8G ED. Introduced in 2007, the 14-24mm has been greeted by the Nikon community with both pleasure and amazement. It is arguably the best super-wide angle lens ever produced by Nikon, and is the best lens of its type that I’ve ever used from any maker. A new benchmark for the breed.

The Nikon is a half stop faster, and also a whole lot heavier and bulkier. But, how do they compare optically? 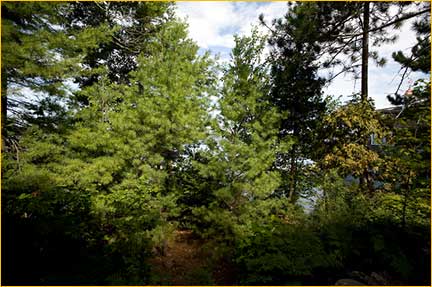 The above and below frames were taken within seconds of each other with both lenses. Each was set at f/5.6, the lens’ optimum aperture. Tests were also done wide open, and at smaller apertures, but the frames below pretty much tells the story.

You can draw your own conclusions. The Distagon is on the left, and the Nikon on the right.

To my eye the copper cupola and weather vane seem to be a little bit sharper and contrasty on the Distagon, though the differences are quite small. Given that this is shown at 100% and is from the corner of the frame, both lenses perform admirably. (Both images are unsharpened and processed with only Lightroom 2.0 defaults.)

There’s no doubt that the 18mm Distagon in Nikon F mount is a truely excellent lens. It suffers from a lack of data communication capability with the camera body, and of course, no autofocus. More to the point, it finds itself on the market at the same time as the exceptional new Nikon 14-24mm f/2.8G, which at almost the same price provides a wider aperture, a range of even wider and useful focal lengths, autofocus and full automation.

For the aficionado who values the Zeiss pedigree in spite of the lens’ drawbacks, and for whom the Distagon’s smaller size and lighter weight are worth the compromise, this lens will prove to be a worthwhile addition to ones collection and kit. Otherwise my vote for a new super wide-angle lens would be the new Nikon 14-24mm.