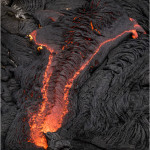 The biggest island in the Hawain chain is called "The Big Island". Why? Well, obviously because it is the biggest, but also because it is called The Island of Hawaii, and since the state is also called Hawaii, this causes no end of confusion. So, everyone simply calls it The Big Island. How big is The Big Island? One can drive its circumference in less than a day and from … END_OF_DOCUMENT_TOKEN_TO_BE_REPLACED 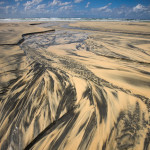 Over the past couple of decades, National Geographic Magazine has published an ongoing series of stories on spectacular natural areas around the world. I have had the privilege of photographing eight of these landscape stories, and hope to do many more. One of my favorites was on Fraser Island off the coast of Queensland, Australia. At 72 miles long, Fraser Island has the … END_OF_DOCUMENT_TOKEN_TO_BE_REPLACED