Arakus, Libya Japanese photographer Kazuyoshi Nomachi shares with his contemporaries Sebastião Salgado and and Steve McCurry an ability to turn photojournalism - the art of capturing the immediate - into something epic and monumental, as seemingly timeless as myth. Nomachi has been photographing since the early 1970s, and has worked extensively in the remotest regions of the … END_OF_DOCUMENT_TOKEN_TO_BE_REPLACED 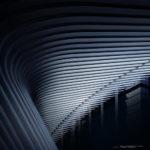 Changing My Ways: I always found a quasi-direct correlation between how physically free and uninhibited I felt to my flow of creative freedom. Being bogged down by equipment or committed to one location due to my tripod being setup often stifled my creativity. After years of shooting with the heavy full frame Canon system, lugging up mountains two camera bodies, three lenses … END_OF_DOCUMENT_TOKEN_TO_BE_REPLACED 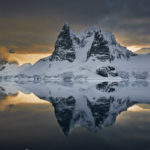 It was 18 months ago that we started planning the Ultimate Antarctica trip. Now the time is here, and photographers from all over the world are heading to Ushuaia where we will all join up and board the Ocean Nova for a 21 day trip to South Georgia Island and then Antarctica. We only do this trip every five years or so because it is a long trip and its hard to book a whole ship … END_OF_DOCUMENT_TOKEN_TO_BE_REPLACED

Seeing Double After recently publishing an article on doing winter photography inYellowstone National ParkI received an e-mail from photographerMark Meyerpointing me to apageonhis web sitewhere he has on display a remarkably similar photograph.  Michael ReichmannMark MeyerPentax 67II with Pentax 55~100mm f/4.5 lens on Provia 100FPentax 67 with a 45mm lens on Provia … END_OF_DOCUMENT_TOKEN_TO_BE_REPLACED

This subject is featured in the  The Luminous Landscape Video Journal. One of the icons of contemporary landscape photography is Antelope Canyon near Page, Arizona.  These so-called slot canyons are a unique geological formation. Access to the canyons is now restricted by the Navajo (whose land it's on), in large measure due to a flash flood in 1997 which killed more than a … END_OF_DOCUMENT_TOKEN_TO_BE_REPLACED