Digital in the Wilderness 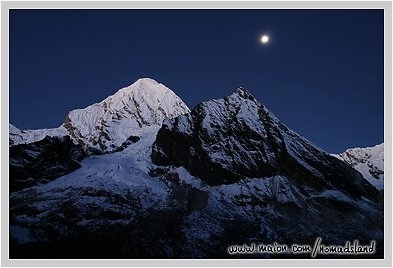 Is digital photography up to the challenges of extended outdoor adventures in harsh conditions? A year ago, I would probably have answered: no. As a trekker and mountain climber, it was actually the main reason why I stuck with my film SLR.

That is, until this spring, when I could not resist the call of the newCanonEOS 10D. And when I embarked this autumn on a climbing expedition to the Himalayas, I intended to photograph digital.

The purpose of this article is to share my planning process and conclusions, focusing on the specific questions and issues that outdoor photographers face on longer trips (I assume we want to use a a high-quality setup, but I won’t discuss the merits of specific cameras, lenses or tripods, nor shooting techniques). 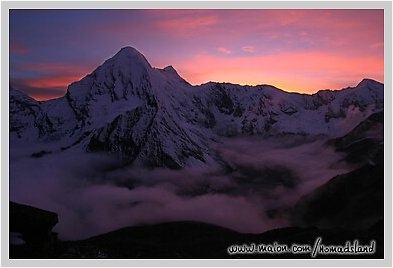 What makes outdoor adventures fantastic experiences is precisely what makes digital photography challenging: there is no power grid readily accessible, the weight one can carry is very limited, and the environment is not exactly as electronics-friendly as in a fashion studio. Those challenges go hand-in-hand:

— Power was what worried me most: we planned to spend 3 weeks trekking and climbing, with 15 days or more in the wilds.

— The storage of digital images is a very much a correlated issue: as I could not afford to bring 15 Gb worth of CF cards, I needed power both for the camera and for a storage system.

— Power actually is an issue only when weight is a constraint: that good old car battery would have enough juice to keep you shooting, but that’s not really what you’ll want to take along on a trek. This was a small and lightweight expedition, so any heavy systems were out of question.

— As for the environmental constraints, the whole setup should be able to withstand some rough treatment and potentially harsh weather, where humidity and cold pose the most problems. The altitude (base camp would be at 4,500m / 16,000 ft, the climb would take us at over 6,000m / 20,000 ft) and the associated low air pression is a factor that badly affects not only humans, but potentially also hard disks. 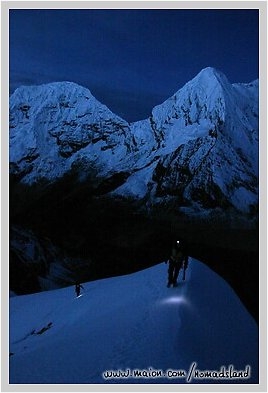 It was clear that any hard-disk based solution (microdrives and storage systems) should be excluded: when you invest so much in such a trip, you don’t want to see all your images just disappear because of a (possible) disk failure. A laptop was also out of question, for power requirements and weight reasons too.

— I chose to take 2 CF-cards, 1 Gb each, the second one mostly for redoundancy should the first one fail.

— As for the storage system, I figured that a portable CD-burner would withstand base camp’s conditions, and once on CD, my shots would be safe. I planned to burn each card on 2 CDs, again for redundancy. I bought the theApacer Disk Steno CP 100— small in size, relatively lightweight, capable of operating from a battery pack or from an external 12V power source. It was in any event the only model available at that time. Downside: heavier than a hard disk, it also needs more power… and is it really more reliable?

I now needed power for the camera and the CD burner. After doing some research, I discarded the obvious solar charging solution: to be reliable, it needs a high-quality panel and a regulation system, too heavy and expensive.

The next candidate solution was non-rechargeable external lithium battery packs. Specially designed for extreme conditions and filming expeditions, they are lightweight and have a good capacity. A 7.5 V pack could directly power the camera, but having an SLR tethered to an external pack is obviously not an appealing perspective for climbers. Another option would be a 12V pack to power the CD burner, that could also act as a power source to recharge the original camera battery, although in practise energy would be wasted in the charging process and the non-rechargeable pack’s lifetime would be greatly reduced. A 12V/100Wh pack has about 8 times the capacity of both the camera’s and the CD-burner battery packs. Interesting solution, but its necessary testing would require time and money I did not have (a single 12V pack costs between $150 and $300, plus in my case import taxes and shipping delays to Europe).

The (rather proprietary) Apacer battery lasts for about 2 hours in standard conditions, equivalent of about 25 CDs. Shooting on average 75 pictures per day in RAW format (climbing would keep me otherwise busy), I would burn less than 2 CDs per day on average, including backup CDs. So, in theory, the burner’s battery would be just enough for the time we’d spend in the wild.

— I chose to take the risk and take only the original Apacer battery. Since it would stay in basecamp, it should not be exposed to very cold temperatures, and in any case, I would have a film SLR with me. After so much research, I also finally went for the most straightforward, lightweight and economical solution to power the camera: I bought 5 extra standard battery packs (BP-511) that I would charge before the trip. 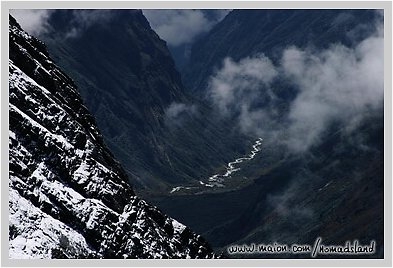 I charged all batteries in Kathmandu before leaving to the mountains. I made sure they were exposed as little as possible to the cold, keeping them in my sleeping bag at night, and kept the devices turned on only when needed.

I did not use the camera’s LCD display. I had learned enough about the camera to expose properly, albeit not optimally, without checking the histogram. For the record, I always used selective metering and often metered on the brightest (white) area, over-exposing by about 2 values: the idea is similar to the one Michael discusses in his "expose to the right" article, but with a little safety margin.

I soon run into trouble with one CF-card. The CD burner would not accept it, but the single "error" LED would not tell me the reason. After multiple tries in different conditions, I had to recognize that I would not be able to use that card anymore (the camera could still display the images stored on it). I still had the backup card, but I obviously got worried…

I needn’t, and my film SLR stayed in its waterproof bag all the time. After 2 hours and 10 minutes of mainly successful operation, when we reached civilization again the CD burner still had power. I did not get any corrupted image file, and I transfered the pictures stored on the "faulty" CF-card directly from the camera to my PC, back at home, without any trouble, so I did not lose any image. The lifetime of the camera’s battery packs, when not using the LCD, simply amazed me: 3 packs would have been enough!

Seing how hard and committing climbing at high altitude is, I actually hardly can imagine carrying above base camp anything heavier than a couple of standard battery packs for the camera. Actually, theCanon 300Dwould probably have been more suitable…

Every morning, fog would set on our base camp at 10:30am for the rest of the day: it’s not pleasing, but it would have become a nightmare had I gone for a solar-powered solution. 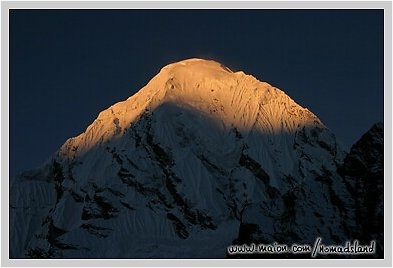 Simple is beautiful. I took a risk when deciding to go this light and take only standard battery packs along, but it seems it was the right thing to do. Some things I have learned:

— Simple, but redoundant: as much as possible, plan for the time when something will fail. 2 copies of each CD, 2 CF-cards (more of them would have been better), etc… and obviously, the ultimate protection is to carry a film camera.

— The LCD display is a battery killer!

— For longer trips or colder conditions, a better solution is needed for the CD-burner: a non-rechargeable "expedition" lithium battery pack seems to be an excellent candidate: used only for that purpose, it would allow for about 15 hours of operations. I am also looking for a second standard battery pack.

— More verbose error messages on the CD-burner would have been highly appreciated!

— Even with a digital camera, I am a conservative shooter and that implies specific assumptions on the power needed: your mileage may vary.

Last but not least, I am not suggesting that my choice is the ultimate solution. Thanks to the work of the engineers who designed those products, it worked for me and, although simple, met complex requirements. But there are surely other good ways to achieve the same goals. Your feedback is welcome!

So, back to my initial question: is digital photography up to the challenges of extended outdoor adventures in harsh conditions? Yes… but with backup solutions.

Outdoor enthousiast,Jean-François Maïonhas been traveling around the world with photography as a main driver since the age of 14, specializing intravel and wilderness photography. He currently lives in Helsinki, Finland, where nature is around the corner and the Nordic light beautiful.

His work is mainly published through his website, where you will find more photographs from this trip to theHimalayas. Jean-Françoismay be contacted via his web site.

by Alain BriotAntelope Swirls Regular visits to favorite places as inspirationI regularly visit the same places over and over again.  I do so because I do not

By: Sean ReidFor most serious photographers, Leica is a name that needs little introduction. For decades now, the German company has produced some of the