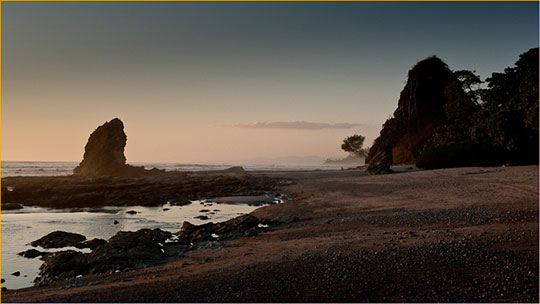 Photographers have widely differing needs, and indeed these needs may vary depending on the location, subject matter, and even ones mood. For this reason almost all pros own a variety of gear so that they’re not trying to hammer a nail with a screwdriver – by way of poor analogy.

A week-long beach vacation in Central America with my wife isn’t a “shoot” per-se, but since there are photographic opportunities everywhere the choice of camera to use would have to be something small and light, yet still able to produce quality images if the opportunity presented itself.

I had briefly tested both thePanasonic G1andLX3when they came out last year and decided that this would be the ideal opportunity to further field test both cameras. Below are my brief notes made during that week shooting with both cameras in Costa Rica. 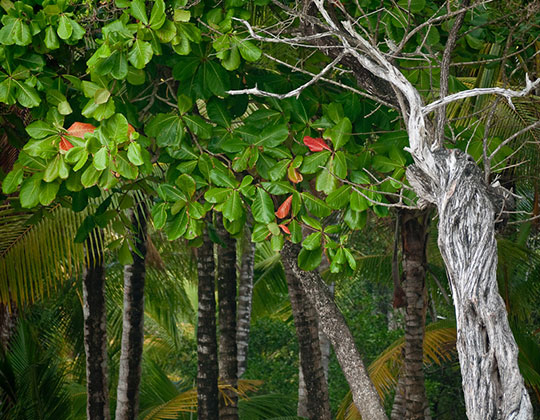 Regular readers will recall that I have never been much of a fan of theFour Thirdsformat. It just seemed to me to offer a not-much-smaller camera system than so-called APS-C 1.5X and 1.6X cameras, but coupled with a smaller 2X sensor factor and all that entails.

The newMicro Four Thirdsformat has really caused me to change my opinion though. As exemplified by thePanasonic G1, the first MFT camera to ship, this new format really does offer significantly smaller camera bodies and lenses than any other DSRL. But, the G1 isn’t a DSLR, strictly speaking, since it uses an electronic viewfinder rather than a mirror reflex or prism system. But, that’s semantics, and I’ve found that generally the G1’s viewfinder does the job, and it’s only in some specialized situations that it is inferior to a mirror reflex. Given the huge reduction in bulk and size that it allows, on the whole I have found the trade-offs to be worthwhile.

And image quality is hardly compromised at all compared to comparably priced offerings in reduced sensor cameras and lenses from Canon, Nikon and the rest. At 12 Megapixels the G1 is right in the mainstream, and 13X19″ prints are easily possible, with quality results up to and including ISO 800.

After a week of extensive use on this trip I have to say that I continue to be very impressed with the Panasonic G1. It isn’t in any way a replacement for a full-frame DSLR, but when one needs to travel light and still come back with publishable images, this little marvel can deliver the goods.

My only concerns are the limited selection of lenses currently available, and especially any fast primes. Reportedly a 20mm f/1.7 is coming from Panasonic, and we have yet to see what Olympus has up their sleeves.

Frankly, theLX3didn’t get much love from me last year because it came out just around the same time as theCanon G10. I became quite enamored of the G10 and it became my pocket camera of choice for several months. The LX3 ended up as my glove compartment camera (the one that’s always in the car) and somehow didn’t see much action during most of this past winter.

But because of its small size I decided that it would be a more appropriate companion to the Panasonic G1 on this trip than the Canon G10, which is almost as large as the G1.

The LX3 became my “always along” camera, the one used for family snapshots as well as more serious work such as when walking the beaches in just a bathing suit.

I was impressed with image quality, and as long as the ISO was kept in the lower end of its range, prints are clean and crisp. This is made possible on the LX3 because of its comparatively fast lens, f/2 to f/2.8, a real boon in a small sensor camera. That the LX3 offers 24mm at the wide end together with a true 16X19 aspect ratio sensor (rather than just a crop), makes it an ideal camera with casual landscape work. 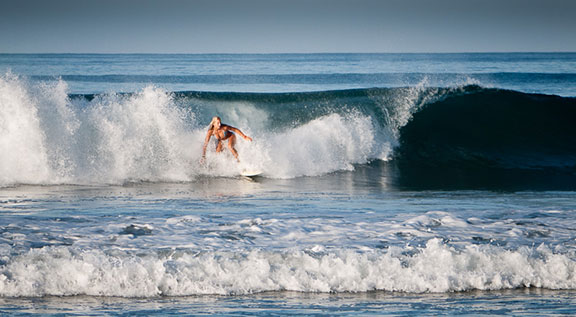 I had decided not to travel with a laptop. Since this was a vacation I didn’t want to be tempted to do any writing or web work, and I could wait to process any shots taken till I got home. In any event, my iPhone would suffice for checking urgent email.

I therefore took along the newHyperdrive Colorspace UDMAwhich Nick Devlin had reviewed on these pages back in December, ’08. I hadn’t relied on the Hyperdrive on a shoot yet myself, and so this would be an opportunity to try it out for myself.

Unfortunately I ran into problems. I was usingIncremental Backup, where at the end of a morning or afternoon of shooting I would do an incremental copy of each camera’s card to the Hyperdrive, but then continue to shoot with the same card. The idea was that I would have the drive as backup to the cards themselves, which wouldn’t be erased till the files were safely backed up once home.

This worked for the first few days but then on the fourth day the drive reported that it was full. This was obviously impossible since I had backup up less than about 10 GB of files, and the unit I have has a 500GB drive. It had also been formatted before I left.

Unfortunately there is no way on the Hyperdrive itself to measure the size of directories. Even plugging it into the hotel’s PC didn’t show anything other than two directories with about 10GB of files, yet the PC also showed the drive as full.

Fortunately the files that were there were readable, and formatting the drive when I got home put things back to normal. But, at this point I don’t really trust the Hyperdrive, and will have to do some more rigorous testing before I use it on a shoot again.

I received the following email from the Hyperdrive’s manufacturer, Sanho, less than 24 hours after this was published. Good news….

We discovered a small bug in the incremental backup algorithm that under certain unique operating conditions may caused the problem you experienced.
The latest firmware released on February 27 already address and fixs this problem. Updating to this firmware will immediately resolve “the hard drive full” problem without the need to reformat the hard drive.

As a long term Nikon DSLR user having used a D3x for about 3 years, I would lie if I wrote that my photography has

DisclaimerReal World Camera Raw with Photoshop CS3is based on an earlier edition of the book written by Bruce Fraser. This new edition has been revised