In an essay by our regular columnistMike Johnston, titledRash Predictions, Mike posits a few predictions about the future of digital cameras. While I regard Mike as one of the most informed and prescient of current commentators on the photographic scene, I disagree with several of Mike’s predictions in that column. (It would make sense for you to readthe columnin question before reading further here).

Mike’s major premise is that the DSLR is "an evolutionary dead-end", and that we’re headed for smaller sensors rather than larger ones.

Let’s deal with these points one at a time. 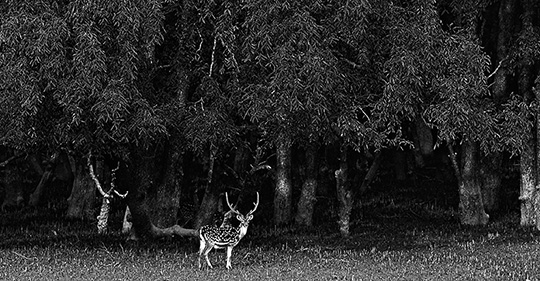 The termSingle Lens Reflexis a bit of a historical anomaly, left over from the days when we also hadTwin Lens Reflexes(remember those?) The term simply refers to viewing though the taking lens.

Now, one can argue that a digicam with an electronic viewfinder is also a DSLR, since one is in fact looking at the scene live through the taking lens. On the other hand, a rangefinder digital camera like the currently uniqueEpson R-D1is an exception, while the legion of digicams with optical viewfinders are as well.

But, I reject the electronic viewfinders in the DSLR argument, because I doubt that it will be any time soon when an optical view through the lens is matched, let alone surpassed, by an electronic viewfinder. The real issue for me is that an EVF is simply a TV screen, with all the limitations of resolution, contrast and brightness that this entails. No EVF has, or likely will have soon, the clarity, "presence" and shadow and highlight detail of an optical reflex viewfinder. The human eye has a huge dynamic range, and an optical reflex image utilizes the full range of the eye’s capabilities. An EVF will always be constrained by the dynamic range limitations of its display and electronics.

So, if we assume for the moment that an optical through-the-lens view of the scene to be photographed has advantages over anything electronic, what ways are there to accomplish this?

The light needs to be split between the viewfinder and the sensor. There are two ways of doing this. One, is to do it full-time to each, and the other is to send all of the light to the viewfinder, except for the split second during exposure when the light is sent to the sensor. The former can be done with prisms or pellicle mirrors (semi-transparent), but this means considerable light loss to both the sensor and the viewfinder, and so has never been a terribly popular approach.

Beam splitting prisms are used in video cameras, but this isn’t practical for reasons of weight and cost with the larger sensors found in today’s DSLRs (even reduced frame DSLRs). Canon had a Pellicle mirror SLR in the1960’s called theCanon Pellix, and used one more recently in theCanon EOS-1n RS.

This leaves us with the reflex mirror. It reflects the image coming through the lens to the viewfinder prism all the time, except for an instant when the mirror flips up. This technology dates from the 1940’s, if not earlier in some large format cameras. It has progressed in robustness and speed of actuation, where we now have cameras that are capable of 8 frames / second with instant return mirrors, not far off the 10 FPS that the pellicle-equipped Canon RS could reach with its fixed mirror. At the other end of the scale, reflex mirrors are capable of 3-4 FPS in consumer DSLRs that sell for under $1,000, so clearly this has become an inexpensive to build as well as reliable commodity technology. (Who ever heard of a mirror failing?)

So, all of this begs the question – if the DSLR is"an evolutionary dead-end",what will supplant it? I doubt that it will be an electronic viewfinder, because I find it hard to envision one that has the required characteristics of an optical system. It certainly won’t be a separate optical viewfinder system, because beyond about 90mm FF, because the frame becomes too small. Only a reflex system is suitable with long lenses, with the deer photograph above as just one example of a telephoto shot that only a reflex system can provide.

In his essay Mike also puts forward the proposal that sensors are going to get smaller rather than larger. I beg to differ.

We know that smaller sensors are less expensive to build than bigger ones. Simple economics. But we also know that other things being equal, including pixel count, a larger sensor will always have lower noise than a smaller one. Simple physics.

I believe though that there is one aspect that Mike hasn’t factored into his equation, and that’sDepth of Field. The shorter the focal length of the lens, the greater the depth of field. It’s as simple as that. And with small sensor cameras, where a "normal" focal length is about 10mm, DOF stretches from just a few inches to infinity. These small sensors require small lenses. That’s an advantage. But such small lenses are limited in both their maximum aperture by cost and size factors, and in their minimum aperture by diffraction effects. A "normal" 10mm lens, regardless of how wide a maximum aperture it might have, simply doesn’t have a shallow enough DOF for many creative purposes.

Now photography has always been about battling the constraints of the laws of optics. Large format cameras with their commensurately longer and larger lenses have fought against too narrow a depth of field, and found salvation in the Scheimflug effect. Tiny size film or sensor cameras have the opposite problem; too much depth of field. The mid-ground, 35mm, and to a somewhat lesser extent medium format, have been theGoldilocksof DOF; not too much, and not too little. For this reason I believe that we’re unlikely to see anything other than camera phones and consumer digicams go with sensors much smaller than the 4/3rds format. 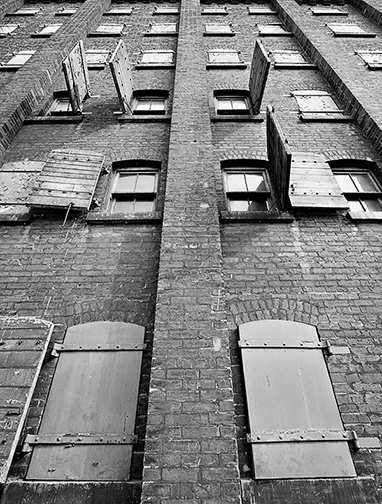 But hey – these are just my opinions, and Mike’s. One of us could be wrong, or both of us could be. In fact, this looks as good a time as any to admit that I was majorly wrong on one of my predictions of a few years ago.

When Canon brought out the full frame 1Ds, and at around the same time Kodak released the 14n, it seemed to me that so-called reduced frame DSLRs, those using roughly 1.5X factor sensors (APS C size for the sake of convenience), were not going to last long. I believed that it was just a matter of time until the price of so-called full-frame (24X36mm) sensors would come down to the point that DSLRs would not need to have smaller sensors. Similarly, I saw the 4/3rd format with its 2X factor as not making much sense once larger sensors dropped in price.

Then, manufacturers started releasing so-called "digital" lenses – ones whose image circle only needed to cover the smaller size of APS-C sized sensors. A big motivation for this, and something that helped cement the future of reduced frame, was that these lenses once again provided wide angle and ultra-wide angle coverage – an area where reduced frame sensor cameras had a vulnerability at the time.

I thought at the time that buying these lenses was shortsighted, because photographers would end up not being able to use these lenses on their film camera bodies, and eventually full-frame DSLRs.

Well, film has disappeared from the scene a lot faster than anyone would have forecast, and reduced coverage lenses have blossomed. Now more than two years have passed, and the new 1Ds MKII has more pixels, but the price has stayed pretty firm. The Kodak 14n has morphed into the Pro N and C, but not captured much market share, even with its lower price.

Now, almost all of the major camera makers have started to release these smaller coverage lenses, including the third party lens makers. What at first seemed to be just a means of produced wide-angle lenses for reduced frame cameras has turned into a mainstream direction. Along with it we are seeing high pixel count cameras, like the 8MP Canon 20D and now Rebel XT/350, which provide photographers with imagers with enough resolution to make A3 or larger sized prints of extremely high quality. Few amateur photographers need much more than this.

So, it seems that the need for full-frame is not as great as it was, and that reduced frame is meeting the needs of many photographers, especially now that wide-angle issues limitations are no longer what they once were.

With this in mind, I now increasingly believe that 1.5X or so cameras arethe new 35mm, and that 24X36mm digital is going to remain an expensive niche market for pros and perfectionists – much as medium format used to be with film. As for medium format digital – it will continue to have its niche too, just above full frame 35mm in the digital hierarchy. It would appear though, contrary to what I believed as recently as a year ago, that APS-C sized sensor cameras have now become the industry’s mainstream, and will likely remain so for the near future.

Oh yes – and though I originally preached against them, I now own two reduced frame Canon lenses, the Canon 17-85mm IS, and the 10-22mm E-FS. Their small size, light weight, and high quality, when used on a relatively small camera like the 20D, makes a lot of shooting situations that much more practical than working with a large 1 Series camera and a set of larger full-frame lenses. As the British say –horses for courses.

Don’t Call us – We’ll Call You

The above, plus Mike’s article which generated these thoughts, are simply opinions. You may agree or not. But, to echo Mike’s closing comments, I don’t have the time to debate this via e-mail. If you’d like to pursue the discussion though, this site’sDiscussion Forumis a good place to do so.