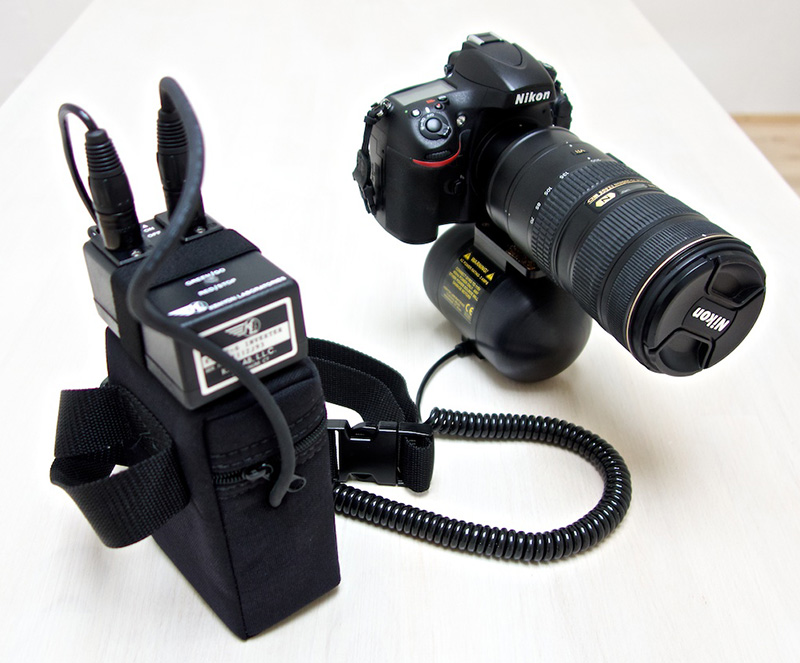 The Kenyon Stabilizer and Battery Pack

When You Can’t Use A Tripod

I wrote earlierabout photographing aerially. That article was intended to acquaint readers with the methodology behind photographing from a plane or a helicopter. I mentioned then that I use a Kenyon Gyro Stabilizer to steady the camera when I photograph. This time I will describe just what the stabilizer is and how to use it.

While not absolutely required, the stabilizer improves ones successes as small planes vibrate and shake. The stabilizer mounts to the tripod socket of the camera and is battery powered. Inside it two gyros spin at about 21,000 rpm. This keeps the camera steady. The Kenyon stabilizer is a heavy device. When using one the combined weight of the camera, a long lens and the stabilizer adds up to a good upper body workout over an hour or so of flying time.

There is also a learning curve when using the stabilizer. Because of its weight it is tempting to try to rest the camera on a surface like the edge of the window frame when shooting. As I’ve learned, this is not a good idea. This effectively asks the stabilizer to try to steady the whole plane. It is important to let the gyro do its thing and to keep yourself sitting in the seat and disconnected from the rest of the plane. Shutter speed still needs to be high as a plane such as the small Cessnas I use are moving at about 100 mph. 1600/second to 1/2000 is usually fast enough and I know some photographers that use 1/1200. I usually set my camera on Shutter Preferred mode and let the aperture vary. 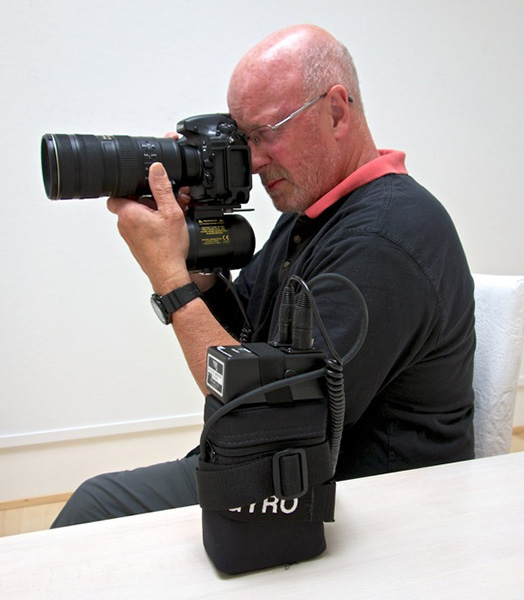 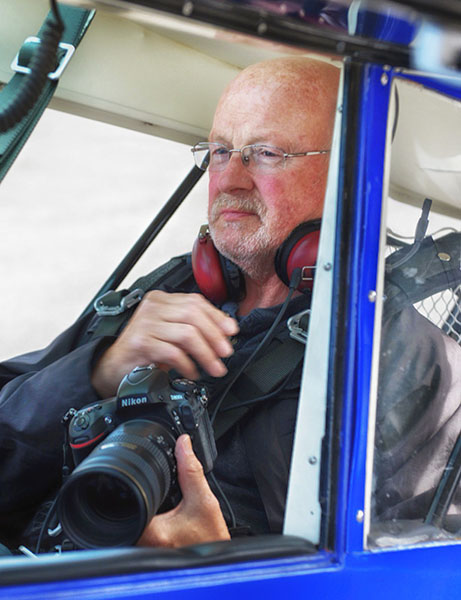 T he Author With His Gyro Rig
Images By Scott Johnson

The spinning gyro seeks to keep the camera level and will resist anything sudden, like vibration or the plane moving quickly due to air turbulence. Any kind of violent movement isn’t so good and Kenyon warns against this as this can push the gyro up against its housing and damage the unit. The same would be true if it were dropped.

After I bought my stabilizer I realized that I’d cheaped out and purchased one too small for the weight of the camera I used. Then I was shooting with a Nikon D3x and the f2.8 70-200 Nikon lens. The size of the unit is matched to the weight of the gear you’re trying to stabilize. A friend and I took a day to visit Kenyon Labs ( http://www.ken-lab.com) in Connecticut and I am very glad we did. I learned a great deal about these stabilizers, saw how they are made and upgraded to the KS-6 unit, which seems perfect for my camera. Now I am shooting with the Nikon D800e, which isn’t so different in weight.

Some planes have twelve volt plugs in the dash and the Kenyon kit includes a cigarette lighter fitting to allow you to use this but be careful of this as if it isn’t set up to run your stabilizer at the correct voltage you can blow the inverter’s fuse. This happened to me in a plane I hadn’t been in before and the whole flight I had no stabilizer. I bought the Lab’s “kit” which comes with all the gear in a padded and wateproof case and includes a charger, the battery pack, the necessary cords to hook it all up and a cigarette lighter plug so you can charge the battery from 12 volt sources. 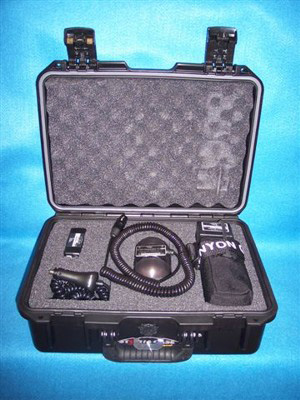 This is the KS-4 “kit” the company sells.

I ship my unit ahead when I travel as this is a heavy case and I am already carrying more than enough camera equipment with me. As I write this in July I am at a residency in Iceland and plan on shooting aerials while here. I shipped the Kenyon stabilizer ahead in mid June.

Does the Kenyon Stabilizer guarantee sharp photographs every time? No. Does a tripod? No, of course it doesn’t. We all understand we have to know what we’re doing and to consider the design and limitations of the equipment we use. But in the case of working aerially, having a stabilizer mounted to the bottom of your camera sure helps. Being careful to use the unit as it is intended, being aware of your focus, working to keep from resting the camera on any of the plane’s surfaces, using a high enough shutter speed, allowing for some depth of field if you are shooting at an oblique angle and not being too low to the ground as you fly by… these are all part of the what it is important to consider when photographing from a plane. 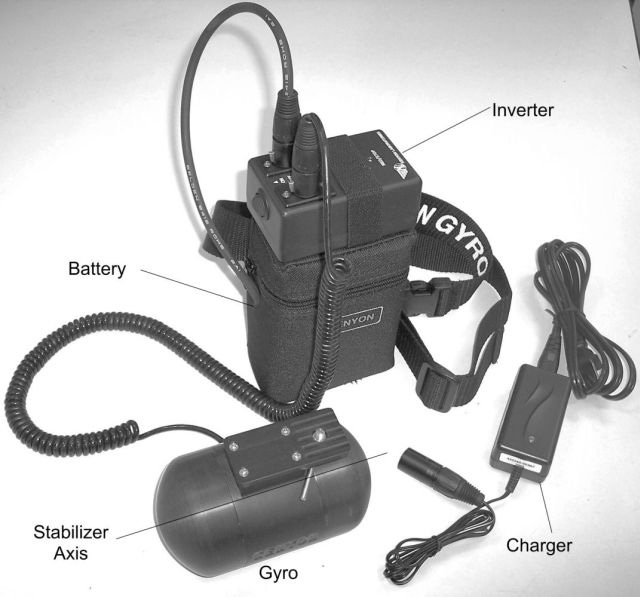 This Is A Typical Kenyon Gyro Kit

You can purchase the Kenyon Gyro Stabilizer directly from the company.

Neal Rantoul is a career artist and educator. Recently retired from 30 years as head of the Photo Program at Northeastern University in Boston he is devoting his efforts full time to making new pictures and bringing earlier work to a national and international audience. With over 50 one-person exhibitions over the length of his career, Rantoul has just finished two new shows that were in April 2013. One was at the Danforth Museum in Framingham, MA that opened in early April and another at the gallery that represents his work, Panopticon Gallery in Boston, that opened April 6. These two exhibitions emphasized more current work. The Danforth show was of  “Wheat” and the Panopticon exhibition featured new aerial photographs of the islands off the coast of Massachusetts.

The images below show some examples of images made with the Gyro. ©2013 Neal Rantoul, Near Hofsos, Iceland.Click on the images below to see larger versions. 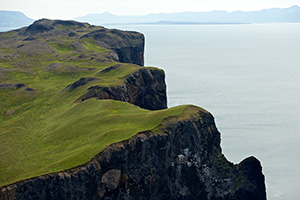 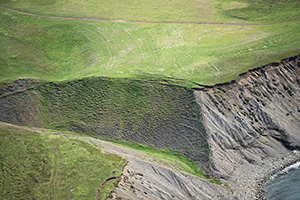 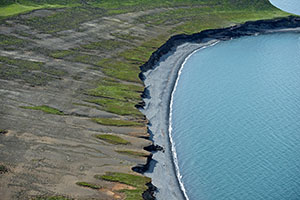 Neal Rantoul is a career artist and educator. Recently retired from 30 years as head of the Photo Program at Northeastern University in Boston he is devoting his efforts full time to making new pictures and bri... [ Author’s Page and Articles ]

Neal Rantoul is a career artist and educator. Recently retired from 30 years as head of the Photo Program at Northeastern University in Boston he is devoting his efforts full time to making new pictures and bri... [ Author’s Page and Articles ]