It’s been my experience, working with photographers all over the world at my workshops and seminars, that the vast majority use Mac laptops. Many use Windows machines at work, but when I see them on location as many as 80% are traveling with Macbook Pros. On one of my Antarctic expeditions a few years ago I actually did a head count, and out of 56 laptops 43 were Macbook Pros.

The reasons why are open to discussions. Some people just prefer the Mac OS, for others its the svelte industrial design, while for some it’s been the availability of Firewire 800, allowing for very fast external bus-powered drives and card readers. In recent years the rub-off effect from iPhones and iPads certainly has helped Apple’s market-share, since in real-world terms the latest iteration of Windows isn’t the dog that it used to be (it’s actually very good), and all the major photography apps such as Photoshop and Lightroom work identically on both platforms.

But since a lot of us are unrepentant Macheads the announcement in early June, 2012 of theMacbook Pro with Retina display (MBP Retina) was of great interest for a variety of reasons. In this report I’ll look at some of these from a photographer’s perspective. I ordered an MBP Retina the day it was announced and have now been using it for a couple of weeks.

The big news, of course, is the so-called Retina display. Let’s be clear that “Retina” is simply an Apple marketing term not a standard of any sort. It means a screen (be it on an IPhone, an iPad, or now a Macbook Pro, in which the resolution is so high that the individual dots (screen pixels) are so fine that they are invisible to the human eye. If you are working with a normal screen at the moment, look closely at these letters. If you’ve good eyesight you canjustsee that each letter is made up of separate elements. They’re very fine, but they can be seen.  On the Retina display they’re not just invisible, but the letters on the screen look as if they were printed, they are that sharp.

The screen has a resolution of 2880X1800 pixels. A typical 15″ laptop screen is 1440X900. This high pixel count leads to a screen resolution of  220 PPI. This is close to a high quality photo printer’s resolution.

There is a rub though, and that is that if you were to run the screen at full resolution text and icons would be so small that you’d need a magnifying glass to see them. Photos look amazing, and you can watch an HD movie in just part of the screen, but it would be a bit impractical for doing work because of the menu and text size issues.

Apple’s solution is an API (Application Program Interface) that software developers can address that allows text elements, such as menus, to be at one resolution and raster scan elements, such as images, graphics and video, to be at another. With the launch of the MBP Retina certain Mac programs such as the Safari browser, Final Cut Pro X, iPhoto, Aperture and Garageband work seamlessly. Google has announced that their Chrome browser will be upgraded, and Adobe has said that it will update Photoshop. It’s safe to assume that almost all software vendors will update their programs in the months ahead. In the meantime existing programs work fine, but can’t take advantage of the higher resolution screen.

SIDEBAR:  Here is a detailed discussionon how the Retina display works on the new MBP.

But a simple solution, available now for use with any program, is an inexpensive shareware utility called SwitchResX. This allows you to choose a resolution that you would like to run at and quickly switch to it. More useful yet is the ability to assign a resolution to a particular program, so that whenever it is run the MBP Retina switches to the desired resolution automatically, and then back again when you switch programs or exit.

One advantage of having such a high resolution screen comes in when doing image output sharpening. At 220 PPI the screen is now close to actual print resolution. With screens with the currently typical 110ppi a lot of people output sharpen at 50% resolution. Now, this is no longer necessary. Not a big deal, but something to consider. The bottom line is that editing stills and video, and simply watching a movie at this high resolution is a joy.

One final comment is that this new screen ismuchless reflective that the previous glossy screens on MacBook Pros. Not quite as non-reflective as a matte screen on a 17″, but quite an improvement, and still with all the advantages of the greater dynamic range that a non-matte screen can offer.

Images on the Web

As this is being written in late June, 2012 the only browser that is officially Retina-aware is Apple’s own Safari. But Google has said that Chrome will be upgraded soon, and in fact if you’re willing to suffer the occasional browser glitchGoogle’s Canarybrowser for developers works just fine. Anyone can download it.

Web page creators need to put images online with special identifiers so that modified browsers can select the correct resolution to display for each element. This will likely happen fairly quickly, especially on photography related sites. I intended on putting Retina-aware images on this site beginning in the near future. 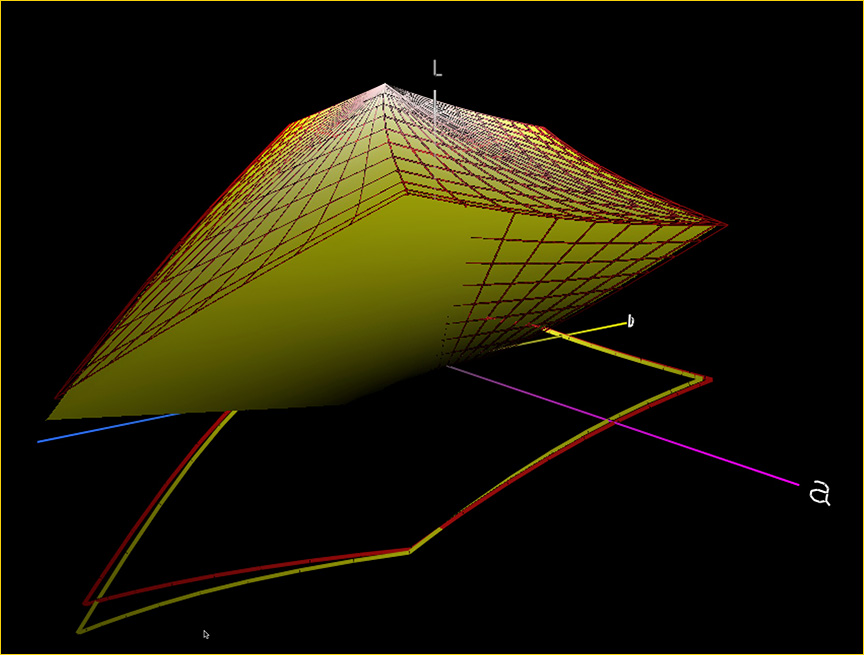 The Macbook Pro Retina spells the end for Firewire, at least as far as Apple, the format’s largest supporter goes. The future lies with Thunderbolt and USB-3.  And in typical Apple fashion – not looking backwards and always forward – Firewire is totally absent from the MBP Retina. Customer convenience be damned.

All is not lost though. There is a Thundrebolt to Firewire adaptor cable coming from Apple and there are also third-party hubs on the way. A 27″ Thunderbolt Display monitor also has Firewire ports built-in.

The MBP Retina has two Thunderbolt ports and two USB-3 ports. Each Thunderbolt port can accommodate up to 6 devices. These include an Ethernet connection, hard drives, displays and more. It is based on PCI and therefore very fast. It can supply up to 10 watts of power to external devices such as portable drives.

Needing to upgrade from my inventory of portable Firewire drives (my desktop Firewire drives remain attached to my desktop Mac Pro), I chose theGoFlex Prosystem fromSeagate. These are available in sizes up to 1 Terabyte in bus-powered drives that attach via  Thunderbolt, FireWire 800, USB-2, USB-3 or eSATA via an appropriate docking adaptor device or cable. In other words, with an appropriate cable (either bundled with a drive or available separately) you can attach the same drive to a variety of different connector types.

Also, the connector that GoFlex Pro drives use is a standard 2.5″ and so just about any drive can be attached. GoFlex drives come in a case and attached securely, while generic drives may need some tape or rubber bands, but they do work.

I have three drives and two different connectors. A 5400 RPM 1 Terrabyte, a 7600 RPM 500GB, and a 240GB Vertex 3 SSD drive. Below are my speed test results done usingBlackmagic Disk Speed Test, which has become something of a standard for do-it-yourself drive comparisons.

Here are a few other numbers to throw into the mix…

What did I learn from these tests? Well, the laptop’s internal SSD is a real speed demon at an average speed of 400MB/Sec. Wow! No wonder Photoshop CS6 boots in 2 seconds!  My suggestion is that you limit use of the internal boot SSD to applications and scratch files. Keep your data files on an external drive. This is simply best practice.

While Thunderbolt is speced as faster than USB-3, using the GoFlex Pro adaptors they clocked almost identical speeds, and curiously so did the 5400RPM vs 7600 RPD disks. I have no ready explanation for this. The Vertex 240GB SSD drive was another story. It’s fastest when connected via the GoFlex Pro Thunderbolt adaptor and still pretty impressive via the USB-3 cable. Please note that these tests were run three times each and the results rounded and averaged. 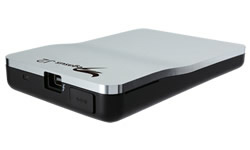 What promises to be a very fast all-in-one portable Thunderbolt solution (the first) is the just-announcedPegasus J2. Coming in Q3, 2012.

The MBP Retina has a built-in SD card reader (moved from the left side to the right side of the chassis since the previous models). But if you have a camera that uses CompactFlash cards, such as a pro-level Canon or Nikon DSLR, or a medium format back, you likely have been using an external Firewire 800 card reader. You’ll now need a USB-3 reader, and theImagemate from Sandisk fills the bill in a moderately priced and attractive package.

The Need for Speed

I have had each generation of MacBook Pro for the past ten years or so. Since I spend a lot of time away from my studio working on still images and video on my laptop a good screen as well as fast drives have been critical to me. The MBP Retina’s screen is now simply the best that I’ve ever worked with on a laptop. So is the processor. In fact several web sites are now rating the 2.7 Ghz MBP Retina as faster that any previous Mac computer, including 6 core desktop machines with double the RAM. My 2 year old Mac Pro (all 30 lbs of it) is looking very depressed these days since it’s not getting much love, even when I’m in the studio. 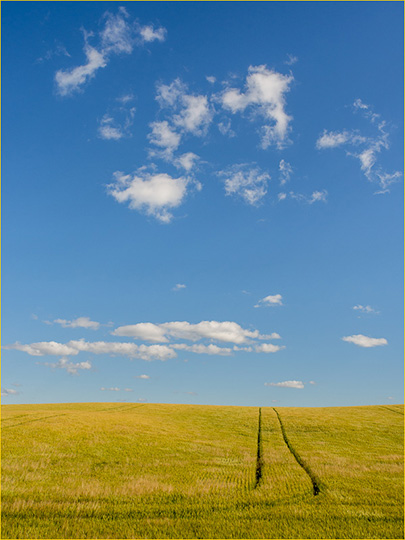 Many MBP users are used to buying a machine with the processor of their choice then maxing-out memory with less expensive SIMs from third parties and replacing the Superdrive with a second SSD. None of this is possible with the MBP Retina. RAM is soldered to the motherboard and there is now battery everywhere, including where the removable drive used to be.

This means that you should buy your machine with the maximum RAM (16GB) available right from the get-go. Also, buy the USB bus-powered Superdrive. It’s inexpensive, and you’ll occasionally need it to load programs that are not available for download, or for loading legacy software.

This raises the issue of whether or not 16GB of RAM is sufficient. For some power users doing Gigapans, huge stitches, or Photoshop work on large files with a great many layers, it might not be. But frankly, so far I’ve worked with Phase One IQ180 raws in Lightroom 4.1 and 800MB files in CS6, and 16GB seems sufficient, so I’m not sweating it.

There isn’t much more to say for now. If you need (or simply want) the best Macbook Pro yet, then the new Retina is the ticket. Thinner, lighter, faster, fantastic screen resolution, less reflections and better battery life. Other than the fact that it’s more expensive than a non-retina display model (what did you expect – cheaper?) it’s a fantastic upgrade.

Excuse me – I have to go edit some raw files on my new MBP-Retina.