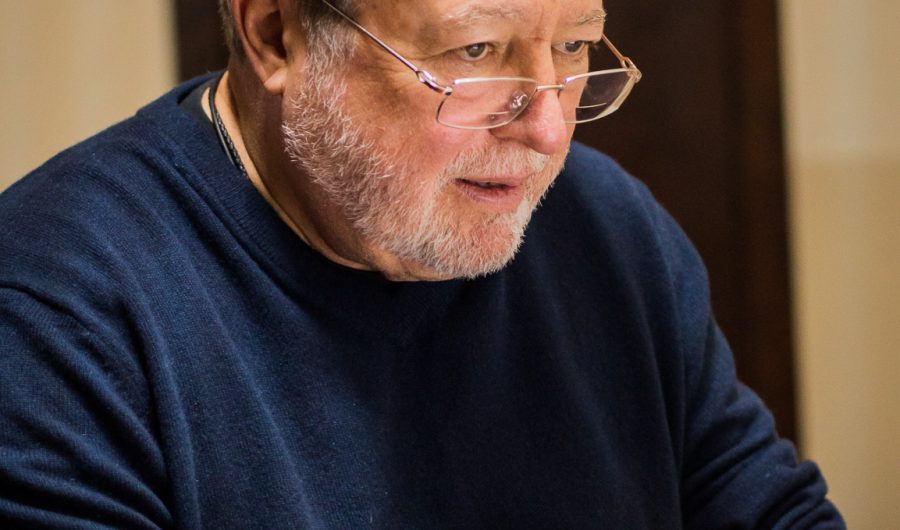 I was Michael’s friend and business partner for many years. We laughed together in many places, saw many things and met many, many wonderful people. We enjoyed each others company. Michael photographed what he saw and I recorded Michael on video as he photographed. I then edited various pieces that were originally published within the Luminous Landscape Video Journals [Link to Videos]. Michael had a huge appetite for learning about all things photographic. He then taught others what he had learned. I recorded some of these sessions as tutorials and so became a student of Michael. Michael Reichmann

Michael leaves a remarkable body of work within the Luminous Landscape website, in his books and in his library: the record of a constantly engaged mind and eye.

Michael’s landscapes are arrestingly beautiful. Yet for me, it is Michael’s documentary eye that resonates. Michael’s photographs of people reflect a deep humanity. He ‘sees’ a photograph of the person but within it, he identifies the simple dignities of people in their daily lives. These photographs show very clearly Michael’s compassion and passion.

Michael’s successful photographs are always about something. The shutter would rarely be pressed simply to record; if it was, that photograph would be quickly discarded in review as a ‘gaper’ or a ‘snapshot’.

Michael loved gear but rarely if ever was he a branded card-carrying member. Woe betide the reader who looked to shoot with the same equipment as Michael for they would quickly find that by the time they were familiar with the new gear, Michael had already sold it and moved on to the next device. But Michael knew that behind each new piece of equipment there was the potential of exploring a better way to achieve a photograph. The camera is, after all, only the device that connects the eye & brain with a subject. The camera’s magic is, that if used well, it will record that connection of brain & subject for all to see – a record that is then as much about the photographer as it is about the subject. Referring to gear, Michael once said dismissively that most cameras are better than most photographers.

Michael worked quickly and with such a wide range of subjects, that he would sometimes forget that he had taken a particular photograph. Thus after a day’s shooting, the process of review – along with the glass of wine – was as much an adventure as the shoot itself. How often I shared that with him…

Michael worked quickly and in motion. His mind was constantly engaged in seeing subjects. – and to see, Michael needed to be in motion. His mind would constantly look for shape, pattern, colour, gesture or light and if the subject did not connect with at least two or three of these, then he would move on to the next possibility. If the shot wasn’t here, then necessarily it must be elsewhere.

So, Michael truly was the hunter he often claimed to be. He was constantly watching, judging, observing – anything that seemed a shift away from the normal. To see those shifts, he had to move. This style of seeing means that to properly record what he saw, his technique had to be flawless, he needed instruments to hand that could be adjusted and aimed quickly. Any camera that delayed or interrupted this flow of thought and observation was quickly discarded.

Michael’s writing is in the same style as his shooting, with subjects chosen because they caught his roving attention. He writes in bursts of thought and analysis. His writing is fluid and immediate. It engages the reader because the logic is clear. Niceties of spelling and punctuation are of secondary importance to his thesis and conclusions. For the benefit of those to whom it mattered, I often quietly dotted i’s and crossed t’s.

Interestingly, Michael rarely wrote negative reviews on the Luminous Landscape – not because of any hesitation to offend, but simply because if the instrument failed by getting in the way of his seeing, Michael quickly lost interest and moved on to the next subject. As Michael said, “Death is long. Life is short and I am busy.”

For me and for many others, generosity was the hallmark of Michael’s character. If you expressed an interest in anything that engaged him, he would happily share all the knowledge that he possessed. If you were fortunate as I often was, he would explore the subject with you. His capacity for knowledge and learning was huge. Michael’s loves beyond photography included physics and astronomy. Many of those that Michael admired most are people who share this same appetite for observation and analysis. Hunters and explorers are they all.

Michael could photograph because he did it often and he did it a lot. The 10,000 hour rule became the 50, 60 or 70,000 hour practice. And with that practice came a masterful control and ability. The results are Michael’s true legacy, left for us to see and admire.

So much for what and how Michael photographed. Perhaps as interesting a question is why he photographed. Of the answer to this question I am less sure. There are surely as many reasons to photograph as there are photographers. But perhaps therein lies a simple answer. What was it about capturing an image that made Michael do it? For some photographers, photographing may be an act of possession or an act of hubris of having been there and got that. For some, it may be the process itself, a familiar pattern that answers a need for order and regulation. But I believe that neither of these reasons motivated Michael as a first principle. As simple as it sounds, I believe Michael photographed because he could. Photography was as central to Michael as music is to a musician, running to an athlete or painting is to a painter. Michael could photograph and it came to him as naturally and necessarily as breathing. Often on the road, Michael was jumpy and irritable until he had pressed the shutter for the first time that day. But after that first photograph, he would often exclaim, “Ah, that feels better!”

Michael deserves our admiration and respect for being a very fine photographer, an insightful, witty and honest writer and a generous, caring human being.

To honour Michael, get up before dawn, grab a camera, go outside into the dark to explore the beginning of another day.

See all articles by Christopher Sanderson 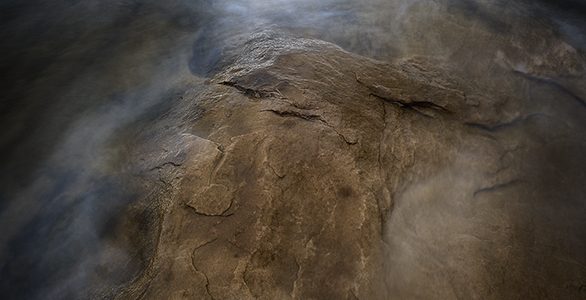 The Magic Of Superior By Greg Czarnecki

FacebookTweet Lake Superior weaves its way into the mind with endless possibilities.  It is a destination filled with compelling features and great locations.  With over