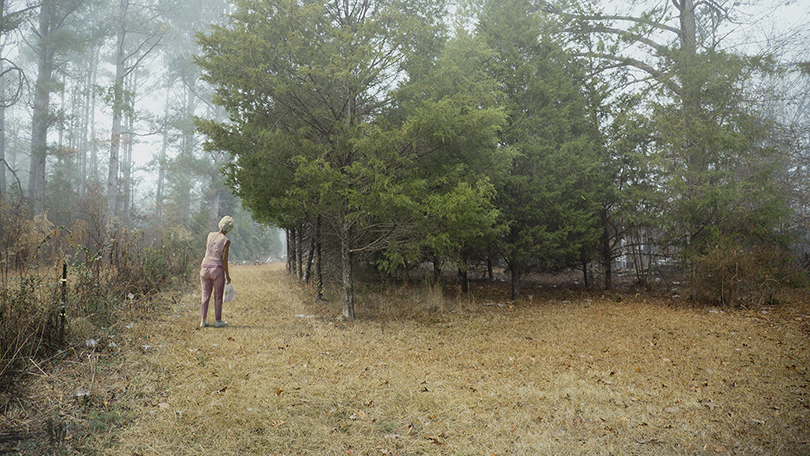 An Article by Sandra Djak Kovacs

Sometimes things end without our knowing, the big and the little. Without realizing it, you stop calling an old friend, and they stop calling you. Your favorite sandwich at the deli is replaced by a new and improved version.  You adjust, for a while, you miss your old sandwich and, eventually, you make new friends. You still mourn what was because it is a part of your tapestry, who you are and who you’ve become. Things change. They are always changing; we are always at the beginning of something.

We are in the story of our lives with millions of others, those who have come before and those who are yet to come. We have our individual wants and our own needs. We have urges to create things, to become the best version of ourselves that we can be, to quote Peggy Blumquist from the television show Fargo, to “actualize.” As we do, the world grows around us, between skyscrapers, the car and the airplane alone, our lives are completely different because someone had an urge to create something new.

The times we are born in, the nature of the world around us, most of it we have little direct control over. Change chooses us, and it is up to us how we navigate it. We vote we care for our children, our ailing family members, we raise money for the food bank; but we should never forget to listen to those urges that pop up inside of us, to try something new, to become the someone we have dreamed of being. We are creatures of habit, and the known is easier to hold on to, the here and now, is tangible, and to a degree, controllable. The unknown is for the dreamers, the visionaries and most are afraid to venture forth because the unknown path is unsecured and uncontrolled, with only the vague notion of intuition as a guide.

Change is required for growth; a baby turns into a toddler, teeth falling out and growing back in, bones extending and bodies lengthening, all without our help. Every parent wants to see their child grow; every child wants to walk through the world on their own one day. Every one of us wants to make our mark, our difference, no matter how great or how small.

As adults, we hobble on the yellow brick road and leave the skipping to Dorothy and her cast of characters. A caveat here, not all of us hobble, some come bursting out of the gates with fire in their bones and missions ready to tackle, but I would hazard that many of us are hobblers who sprint at times, and then go back to where we are, comfortable. It is with reason that the self-help and self-development movement is something that has grown prominently and profitably as a serious business over the years. We all seek purpose, and we all have one.

The Wizard of Oz was based on the 1900’s children book written by L. Frank Baum, a story where home and the heart are central but wouldn’t be complete without brains or courage. When Baum first wrote the book the film industry was in its beginning stages. The book was made into a musical and only later when movie making became more sophisticated, was it produced and turned into a movie.

In 1870 on the cusp of film, Impressionism was born. Claude Monet, considered to be the founding father of Impressionism, said “Colors pursue me, like a constant worry. They even worry me in my sleep. Quote cited from here. Monet’s road was paved for him early on, he was an artist, and he could not be deterred from his purpose. According to Wikipedia, Monet was drafted into military service, and “His prosperous father could have purchased Monet’s exemption from conscription but declined to do so when his son refused to give up painting.”

Not only did he refuse to give up painting, he refused to comply with the Academic Art standard of the day. Academic Art was taught at the Académie des Beaux-Arts where reproduction and precise brushstrokes were taught as the highest form of painting.  The Académie shunned Impressionism as lazy and sloppy with its obviously unblended brushstrokes and blurred subjects. When the Académie refused to exhibit any of the Impressionists in their Salon de Paris exhibit, the Impressionists put on their own exhibit.

This type of painting would not have been possible without the movement of the Industrial Revolution and the invention of paint tubes: “thanks to the invention of paint tubes…a revolutionary change had been quietly transforming the painting process since the 1840s: en plein air painting (in the open air). No longer artists had to sketch outdoors and finish the paintings in their studios.” Cited from here.

Impressionism was the precursor to Modernism where there are no rules when it comes to the production of art, and what could or could not be considered true art. A period we still live in today, where the subjective seems to be the only driver of the value of art. The subjective is how the Impressionistic movement got started: the painters wanted to paint feelings and emotions rather than just things on canvas. The Impressionists wanted to see the spark of the soul in their creations, and they wanted to paint with freedom rather than restriction.

The artist was free to be an artist. In prior years one of the main income streams of a painter was portrait painting, in addition to bringing paint tubes to the artist, the Industrial Revolution also brought the camera to the world. Following quote cited from here. “A camera could produce a more accurate job, albeit in black and white, at a significantly faster speed. That deprived artists of a much-needed source of income, which was as old as the Renaissance––Da Vinci himself was a portrait painter.”

And yet even Da Vinci during the Renaissance painted the Mona Lisa, a portrait that is a departure from a standard portrait: “With his Mona Lisa, Leonardo created a new formula, at the same time more monumental and livelier, more concrete and yet more poetic than that of his predecessors. Before him, portraits had lacked mystery; artists only represented outward appearances without any soul, or, if they showed the soul, they tried to express it through gestures, symbolic objects or inscriptions. The Mona Lisa alone is a living enigma: the soul is there, but inaccessible.” Quote cited from here.

Claude Monet and Leonardo da Vinci were trailblazers of their time, reinventing the known into the new and the unknown, forging a new path, they took the road ‘less traveled by,’ quoted from the famous poem by Robert Frost, The Road Not Taken, and that as Frost says, “has made all the difference.” Without the Industrial Revolution and the continued movement forward towards growth including the spiritual and the new machine inventions, we would not be where we are today, always on the cusp of a new beginning.

Monet would not have worried about the camera taking away from his art. He, along with the other Impressionists, was intent on conveying a feeling.  He is famously quoted as saying: “Everyone discusses my art and pretends to understand as if it were necessary to understand when it is simply necessary to love.”That is all.

From Mono Chroma magazine “Issue 001”. You can view it here.

The images in this article were created by Photographer Dominic Lippillo. You can see more of his work here.

Sandra Djak Kovacs is a Vancouver based writer who is also Executive Editor at Adore Noir magazine, www.adorenoir.com, a fine art photography e-magazine which celebrates works in black and white.  She writes regularly for Adore Noir, and is currently working on her first book.  You can find her on Twitter at @sandradeekovacs.

FacebookTweet For this project, titled Hunter/Gatherer, I photograph found objects and scenes at antique malls and shops, collectibles fairs, and flea markets. My subject matter

FacebookTweet Nature photography has been my longest running passion. Not my strongest passion. That claim belongs to my wife and family. But, I started photographing