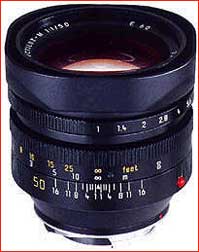 When it comes to photographic tools, for some photographers cameras are what fascinates. For me and for many other photographers it’s lenses that are the magical part of photography. A camera can make the task of taking photographs more convenient and more pleasurable by offering features that enhance one aspect or another, but its the lens that most directly affects the "look" of the image created.

One of the legendary lenses of all time is theLeica f/1.0 Noctilux. This lens is designed to work with M series Leicas, and though first introduced in 1976 is still available and in production today.

(The only other f/1.0 lens currently in production is theCanon 50mm f/1.0L USMfor the EOS system. I have no experience with this lens. If someone has one, or has experience having used one, I would welcome a review.

There have been a few previous lenses of f/1.0 or faster, including the fastest production 35mm camera lens ever made, theCanon 50mm f0.95from 1960. Again, I welcome anyone who has experience with this lens to contribute a write-up.) 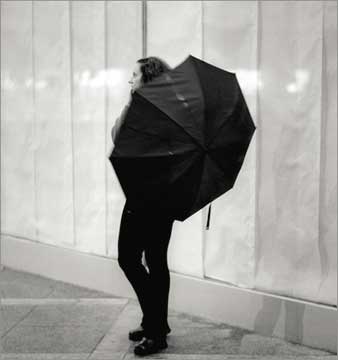 This means that with an f/1.0 lens you can use a fine-grained ISO 100 film where with an f/2.0 lens you’d need to use ISO 400 film. If you’re used to an f/4 zoom you can now shoot with ISO 100 film where you’d otherwise be using an ultra fast (and ultra grainy) ISO 1600 film. You get the idea. Consequently you are able to shoot with 400 or 800 speed film in virtuallyanylight that one can see in. Quite a revelation.

But, interestingly enough, for me what makes the Noctilux special isn’t its speed. Instead it’s two other characteristics. The first is the almost total freedom from flare. Even with light shining almost directly into the lens, or a light source directly in the frame, flare is essentially non-existent. Since these are conditions under which ultra-speed lenses are typically used this is a remarkable capability.

The second and actually most exciting aspect of using this lens is for me the very narrow depth of field when used at f/1.0.  Using this lens wide open is more like using a telephoto in this regard than it is using a normal focal length lens. Depth of field is measured in inches, not feet. Consequently much of the background will usually be out of focus;reallyout of focus. Fortunately the Noctilux renders out of focus areas very smoothly, thus rendering a "painterly" quality to these areas, especially when shooting in colour. (Clickherefor an article on the subject of Boke‚ the rendering of out-of-focus backgrounds).

Is it Usable as a Normal Lens?

In a word‚yes!According to those that have submitted the Noctilux to such tests, at f/1.4 it is very close to the well regarded f/1.4 Summilux and at F/2.0 and smaller apertures it holds its own with the 50mm Summicron.

The only real downside is that the Noctilux is quite a bit larger and heavier than either the Summilux or the Summicron. Of course it’s also a lot more expensive. In fact it is the most expensive M series Leica lens that there is, at about USD $2,500. (The only other current f/1.0 lens, theCanon EF 50mmf/1.0L USMcosts close to $3,000, so Leica has the advantage in that department. The other area where the Noctilux has a numerical advantage is the weight. The Canon is 985g while the Noctilux is only 630g.)

Probably more than any other Leica lens, and possibly more than any lensperiod, the Noctilux is an object of fascination, dare I saycult worshipamong a segment of the Leica community, that borders on fetishism.  Then there are those that seem to simply enjoy owning and having a chance to use such a unique optic. Based on much of what I’ve seen online the images that they produce are mundane at best, but I have to admit they have the Noctilux "look", and I certainly understand the fascination.

For many years after WWII Leica designed and manufactured many of their lenses at a facility inMidland, Ontario, Canada. Some of Leica’s finest optics came from this period during the 60’s and 70’s, including the Noctilux. I was quite surprised when I received my Noctilux in late 2001 to see that engraved on the lens barrel were the words, "Made in Canada". A bit of enquiry showed that the previous Leica facility, now calledElcan, which is owned and run byRaytheon, is still involved in the design and manufacture of high quality optical systems. In fact they are still building the Noctilux for Leica.

In the months ahead as I gain more experience with this lens under a variety of shooting conditions, and also have additional worthwhile samples to display, you’ll find them posted here. Check back from time to time.